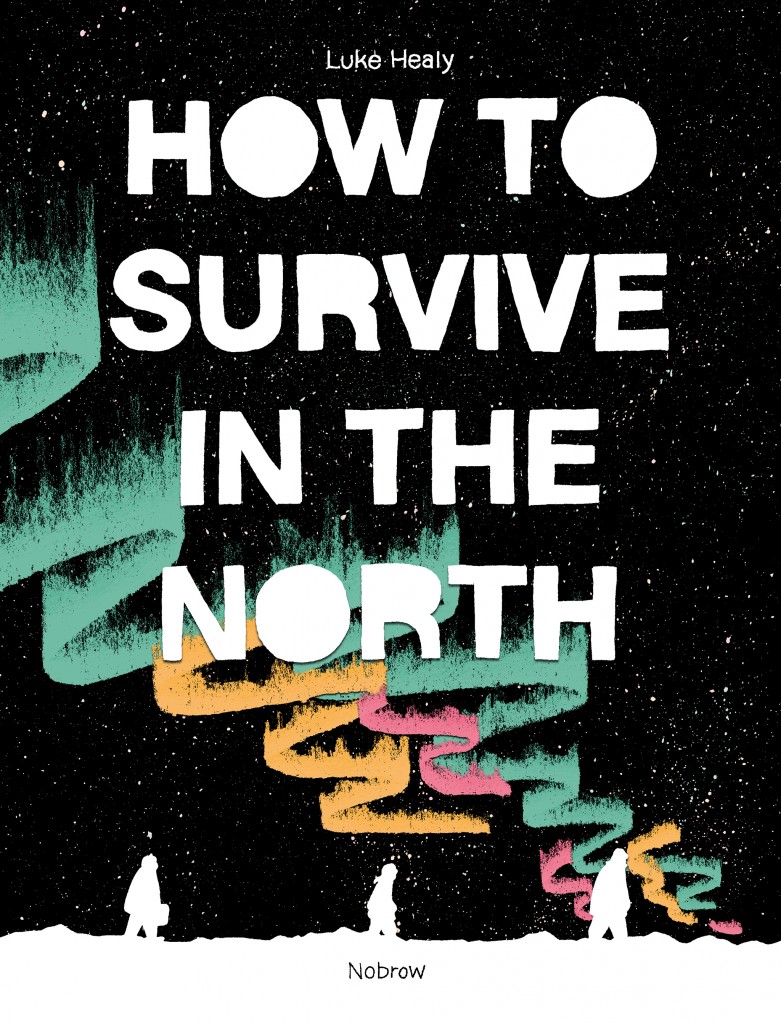 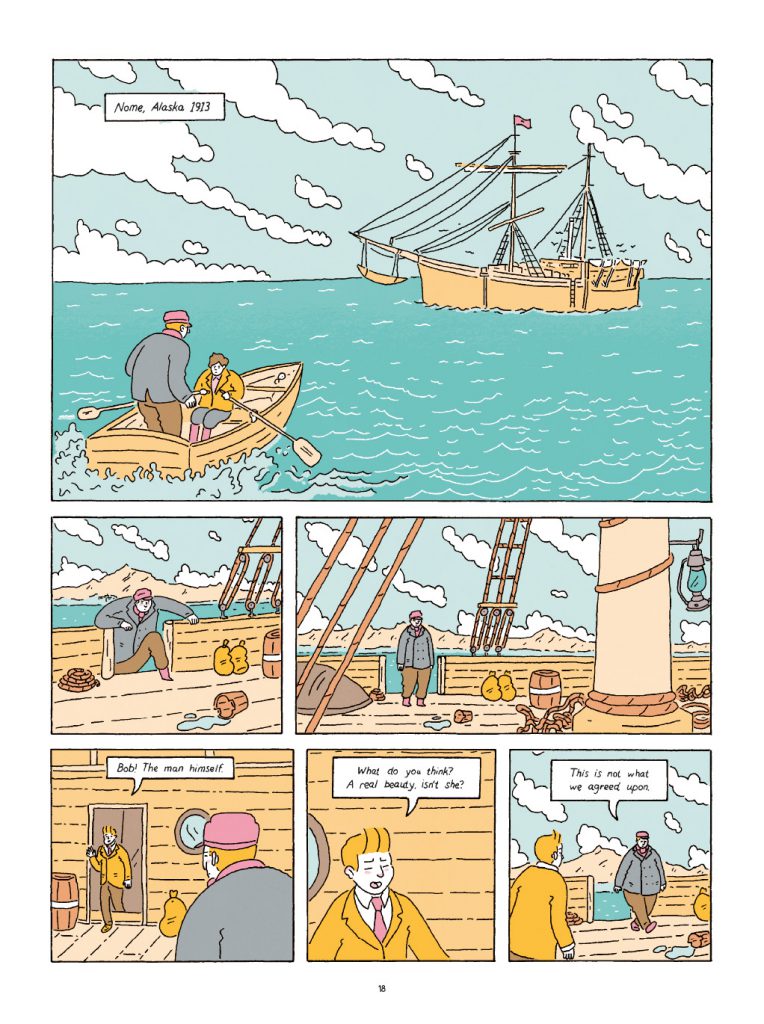 By 1912 after two expeditions, explorer Vilhjalmur Stefansson was convinced Arctic survival was simpler than experience dictated, and under the pretence of other purposes gathered funding for further voyages to prove his theory. As portrayed by Luke Healy, Stefansson’s optimistic personality extends to involving other notables in his excursions, braving the harshest conditions known to humanity, and never failing to act in his own self-interest.

Healy’s art catches the eye immediately with his limited choice of vibrant flat colours very much removed from reality. It first seems in its own way as wilfully misguided as Stefansson, but it represents a guiding principle for Healy, that of simplicity. It’s apparent in his static, but easily distinguished figures, and in his methodical projection of what the cast experience. This is based primarily on the written accounts of his two leading cast members.

Stefansson was the instigator, but he’s secondary to ship captain Robert Bartlett in 1913, while another narrative thread features Alaskan seamstress Ada Blackjack’s experiences on a separate expedition in 1921. It features some members of the earlier trip, and this second tragedy begins with the cheery explanation of “We’re off to a little spit called Wrangel Island to claim it for Canada”. Bartlett commands a ship, but he’s well aware that nature is beyond his control, while Blackjack experiences horrendous treatment. On both ships the racism is overt and disturbing. This is well presented by Healy, occasions when his matter of fact manner is a strength. This simplicity, however, diminishes the true terror of experience. Blackjack is mortally fearful of polar bears, yet those seen are not far removed from cartoon friendliness, and the harshness of nature is rarely conveyed in the serenity of Healy’s art, although early on there’s a spectacular impressionistic spread of the Northern Lights.

On the basis that an entire book spent in the Arctic my not hold the interest, Healy introduces a third thread, this fictional of 21st century disgraced university professor Sullivan Bartley, unable to be sacked as he has tenure, but placed on a year’s sabbatical. His life is drifting as much as any Arctic ice floe, and the themes of isolation and survival equally apply to him as he briefly connects with those earlier lives.

What Healy does well is convey isolation in many forms, cultural, emotional and literal. His dramatisation perpetuates the memory of people whose trials and achievements should be preserved and more widely known. The irony of sitting in a comfortable heated room with a surplus of food twenty yards distant and offering critical commentary on people who almost starved and froze to death is not lost. Yet How to Survive in the North drags the anchor of Healy distancing everything. In the past, a bowed head is the only acknowledgement a tragedy receives. Stoic, unfeeling people to whom harshness and adversity was an occupational hazard existed, but others on these expeditions weren’t hardened sailors, and even those who were have their moments of elation, yet emotional engagement is extremely limited. Is this deliberate or is it Healy’s own limitation?

Healy believes strongly enough in the stories he’s telling and How to Survive in the North is on balance more than worthwhile, but a book that could have been better still.