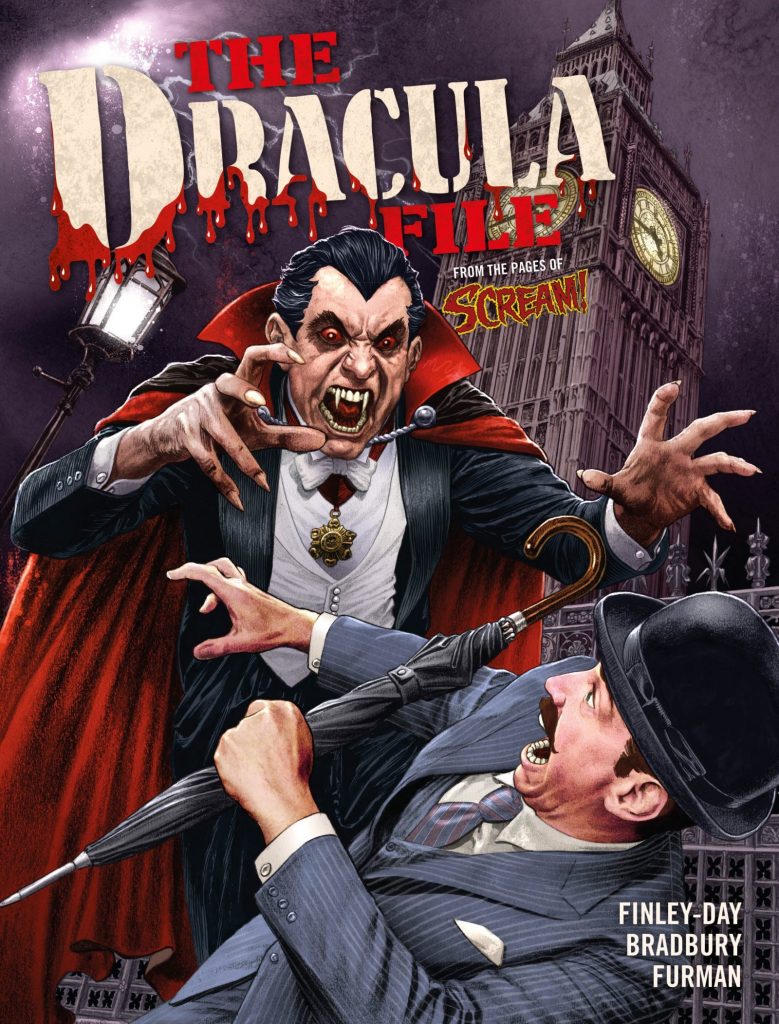 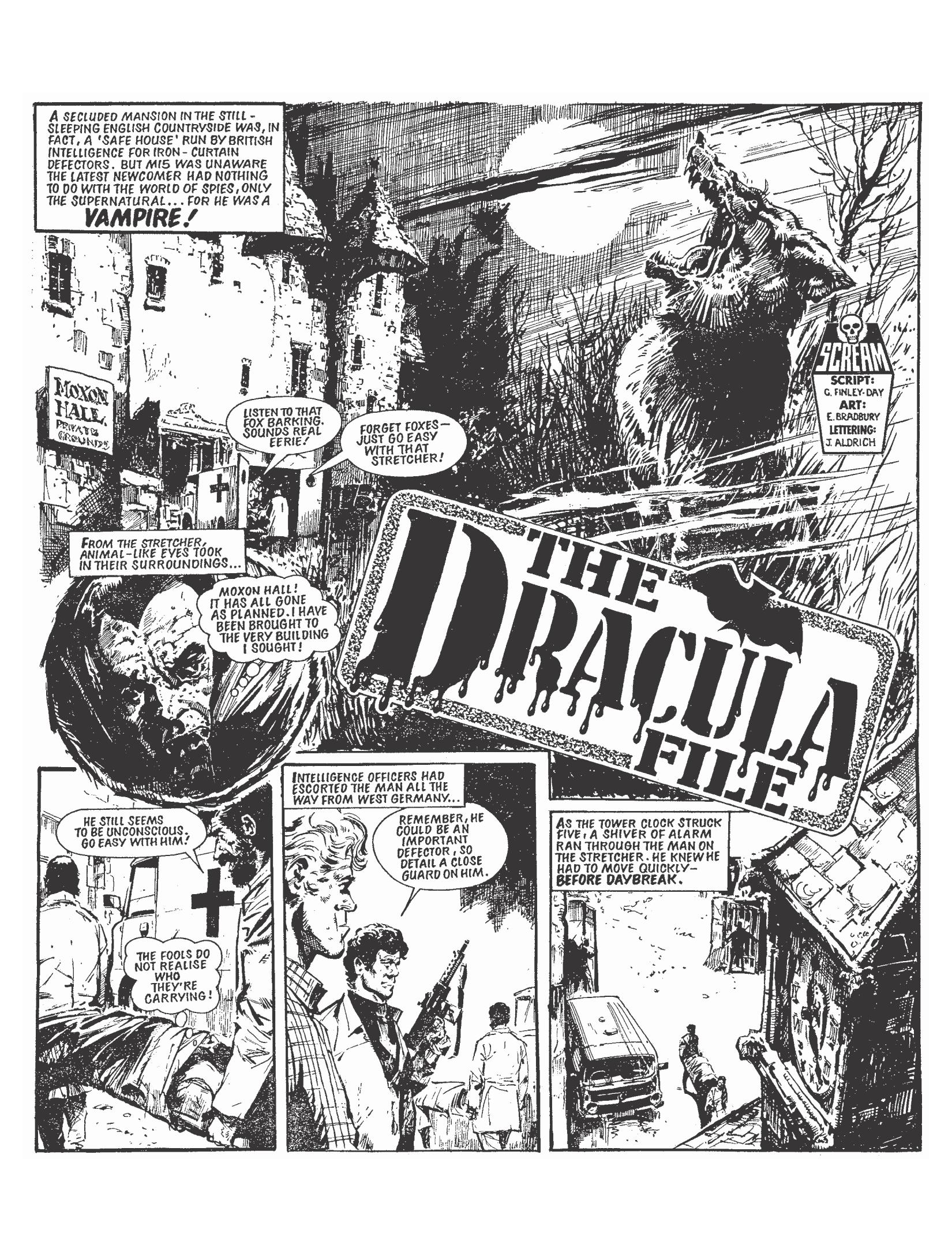 It was Gerry Finley-Day who conceived this spirited updating of the Dracula legend as Cold War tensions escalated in the real world during the early 1980s. Suppose the Soviet forces resurrected Dracula and freed him to spread terror in the West?

Well, it’s not quite as organised as that. Finley-Day writes the first seven episodes, sticking resolutely to the British boys’ adventure comic formula of starting each chapter by resolving the previous cliffhanger, and moving events towards its successor. This is handled in a relatively tongue in cheek manner, not least by setting Dracula loose in a London cinema where a film about him is being screened, and with an imagination that ensures visual diversity. That’s also down to Eric Bradbury, who sets a palpable mood characterising the art, as Dracula skulks about Britain, leaping from the countryside bushes at night and employing the assorted transformations of the vampire. Bradbury revels in the opportunity to design the half page splash that opens every episode, delivering some gothic masterpieces.

It’s not overt, but Ken Noble increases the humour content in his scripts, having Dracula lurk in a pillar box before emerging as mist to pounce on a poor unfortunate posting a letter, but Simon Furman changes tack completely, presumably under editorial instruction. Under his watch all 20th century plots are discarded as we return to Transylvania in earlier days for the Hammer horror of locals with flaming torches storming the castle. Bradbury really relishes this material.

The Dracula File strips appeared in the short-lived Scream anthology, which was cancelled when a strike prevented continuing publication, and an article filling out the book concerns the reluctance of publishers IPC to court attention with any kind of horror material. There are also strips from summer specials, published despite the cancellation, possibly to use up already commissioned material to begin with. Those drawn by Bradbury are more accomplished than those by a young Geoff Senior or Keith Page, while the writers are uncredited. None of their work sparkles, and whoever sanctioned a strip in a fairground with Dracula escaping down the helter skelter was devoid of reason.

Despite being fondly recalled by the young readers of the era, this is not a lost masterpiece. The stories have some charm, and Bradbury’s art is good, but the memory may prove stronger than the actuality.