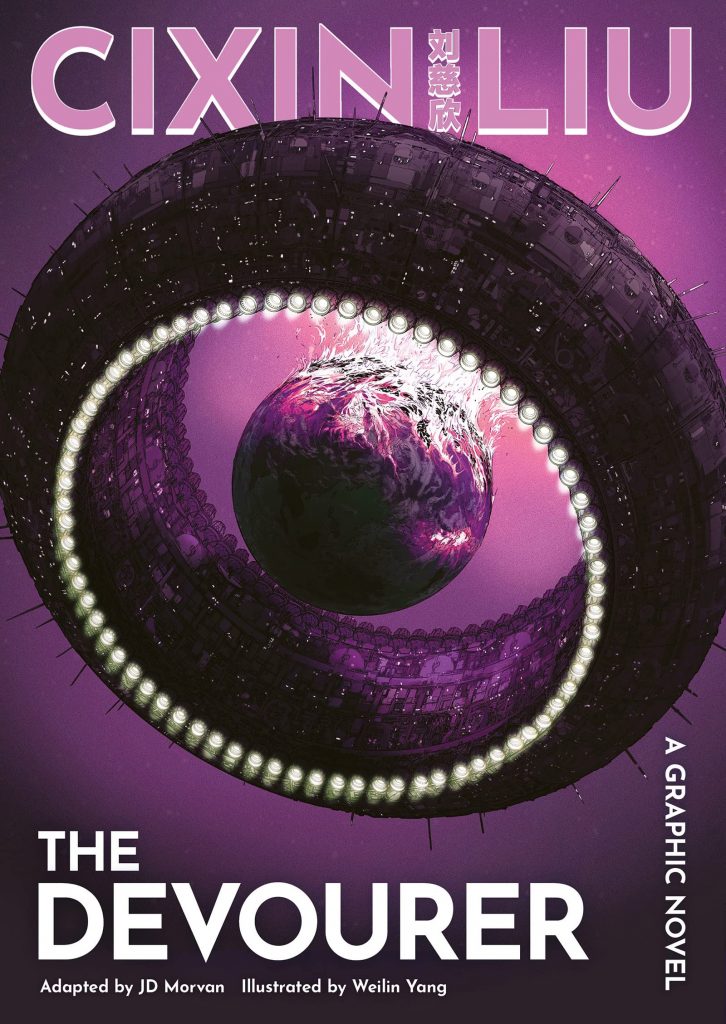 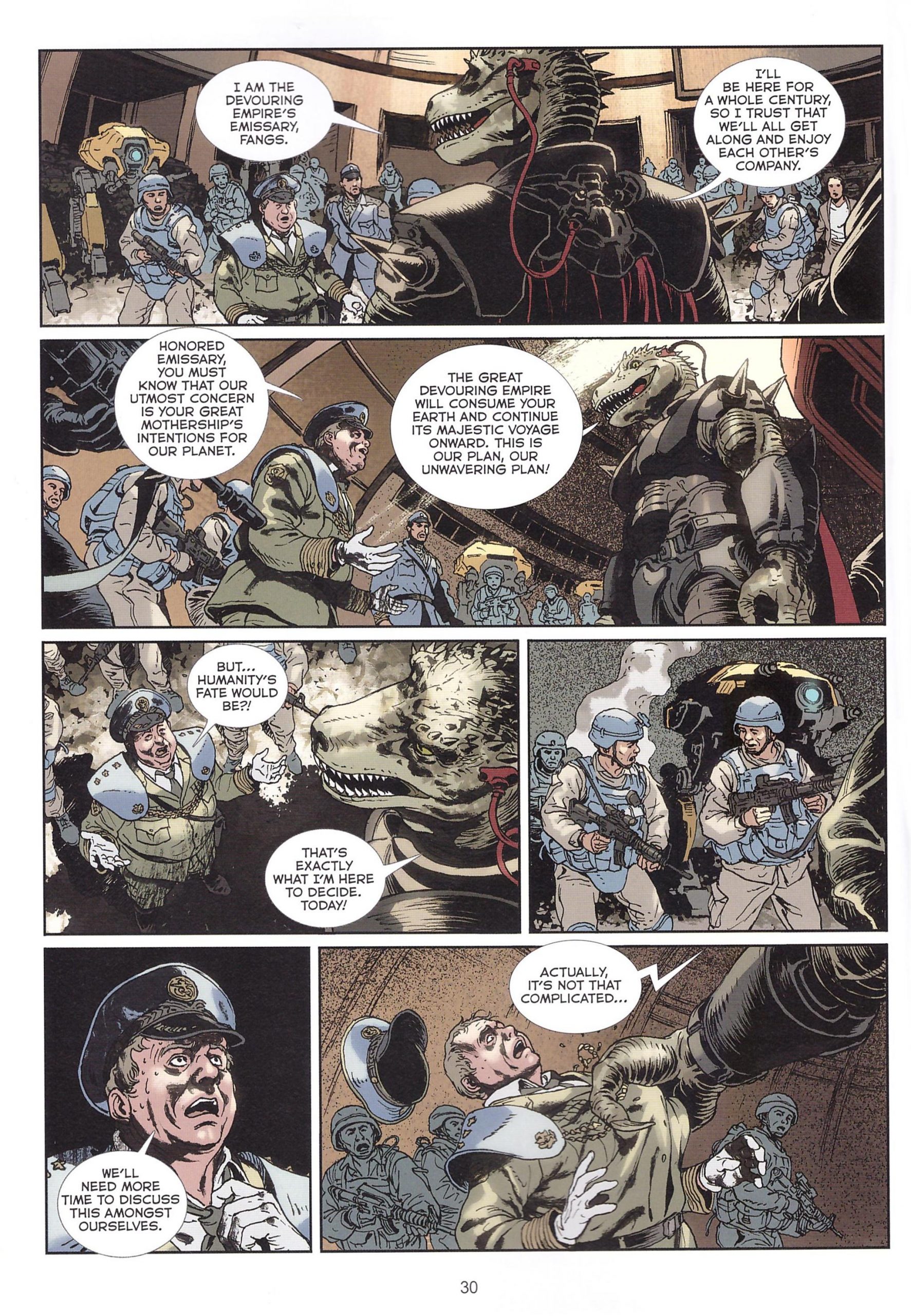 Cixin Liu is a Chinese science fiction author, writer of several novels and of several short story collections. He’s imaginative and prolific, a back cover quote from the New Yorker likening him to Arthur C. Clarke. The Devourer is part of an ambitious project in which comic creators of various nationalities are brought together to adapt Liu’s stories, here French writer Jean-David Morvan and artist Weilin Yang.

You’d not know Yang is primarily an illustrator as he adapts to panel to panel storytelling, and supplies a visual density to each panel, relishing the background equipment and the technology. It’s very much from the tidy European school of visual storytelling using many small panels, rather than American action art building toward pin-up pages. On occasion, though, Yang can deliver those spectacularly well. However, given the opportunity of a four page fold-out section, Yang fluffs the opportunity by just drawing four standard pages.

Reality has almost caught up with one of Liu’s ideas, as he mentions a global project based in Australia set up to deal with asteroids that could collide with Earth. However, as seen on the cover, there’s not much damage a few missiles are going to do to a construction that can engulf a planet, which is the Devourer of the title. Readers of superhero comics might recognise a similar purpose to Galactus. That’s postponed for some while, though, as it’ll take a century after discovery for the Devourer to arrive. Instead they’ve dispatched an emissary, Fangs, a giant saurian who seems intent on taking up most of that century by explaining Earth’s previously unknown history and the fate of humanity’s predecessors.

A form of respect develops between the infinitely more powerful Fangs and a never named Colonel in Earth’s Protection Force. Fangs delights in sneering at humanity’s attempts to save the race, to the point of supplying the Colonel with a life-prolonging drug to ensure he’s still around when the Devourer eventually turns up. Liu plays fair with the story, which isn’t one of those SF stories where everything is wrapped up with a twist on the final page. The Devourer duly arrives.

Whether down to Liu’s original story or Morvan’s adaptation, several places deliver a bulk outpouring of information, and it’s clumsy. One occurs toward the end, a revelation accompanying a philosophical discussion on what any race must do to ensure their survival. Fangs isn’t from the school of growth through peaceful co-operation. The Devourer reads as very traditional science fiction that could almost be something from the Ray Bradbury back catalogue. It has a point to make about humanity under threat, but in the adaptation at least doesn’t delve too far into that, instead concentrating on the action aspects. It works as an action thriller, but feels as if it could have been a work of greater depth. 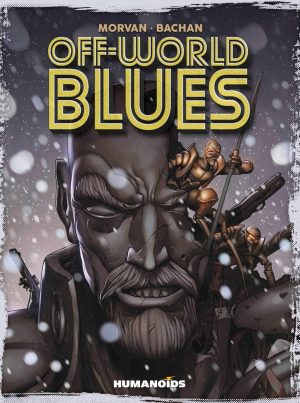