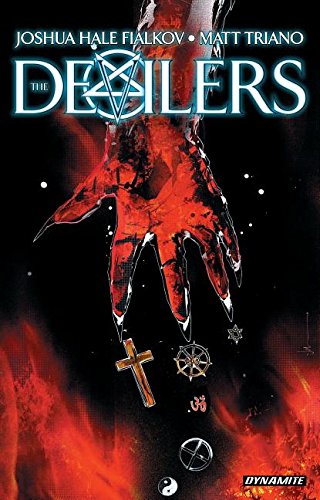 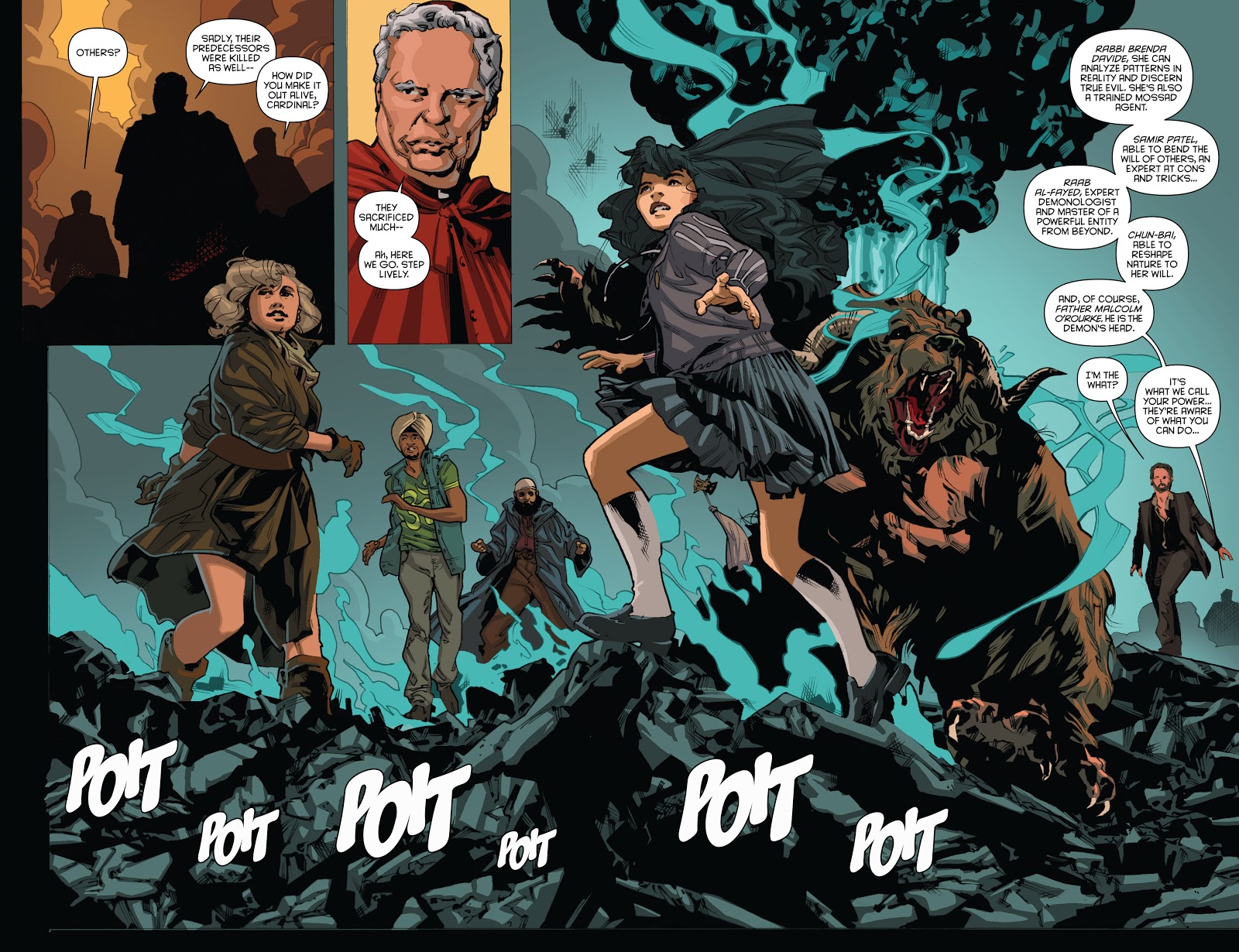 In our world much about the Vatican remains deeply hidden and a matter for speculation, and Joshua Hale Fialkov exploits that for a seven chapter horror thriller of hell being released on Earth. The first person the Vatican turn to is the iconoclastic Father Malcolm O’ Rourke, a man who’s seen a demon before and who has built a reputation for debunking them. He’s allied with a cast whose pan-global ethnicity at first seems strange until it’s considered that the Biblical conflict between heaven and hell predates any organised religion.

Fialkov takes the TV drama route of introducing the cast and their mission, then delving into their backstories via flashbacks as the mission continues. Artist Matt Triano’s job is to ensure the threats look suitably twisted and demonic while maintaining a naturalistic style for the flashbacks as we come to know the cast. As the pages turn, the greater sense of wonder concerns how he manages the latter, as the likenesses of demons seem to come all too naturally to Triano, and he delivers some real horrors on the page. Colourist Mark Roberts resorts to red far more than any other colour.

As the cast originate from around the world they have different views of God, and Fialkov and Triano’s interesting version combines elements of the way all major faiths view the holiest of holies. It might sound iconoclastic, but viewed as an accumulation of global faiths it’s actually logical. As far as individual faiths are concerned, until the final chapter you’d have to take an extreme view to consider Fialkov is being disrespectful, even in the midst of a satanic odyssey, and even then some valid questions are aired. Faith is fundamental to most cast members, although in one case it’s more the exploitation of faith, despite their talents, and Fialkov has an interesting point to make about the atheist.

It’s a perfectly serviceable horror thriller, intelligent and convincingly disguising what are essentially superheroes, so on one level everything about The Devilers works apart from the hokey title, someone’s misguided idea of the sensational. On another, it’s not what it could be. Part of that is down to what seems the rapid ending of a story curtailed before its time, with Triano certainly rushed by the final chapters leading to a lack of visual clarity. The pacing is also off. The cast is diverse and interesting, but the needs of the story see them fade in and out, with a couple of exceptions only really prominent in the chapters also showing their backgrounds. The Devilers is worth a look, but it’s flawed. 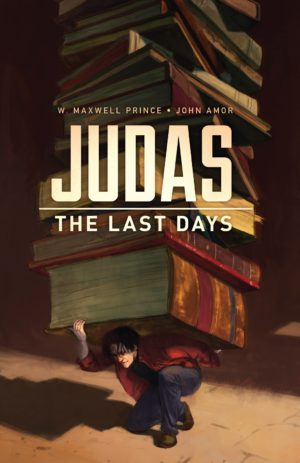