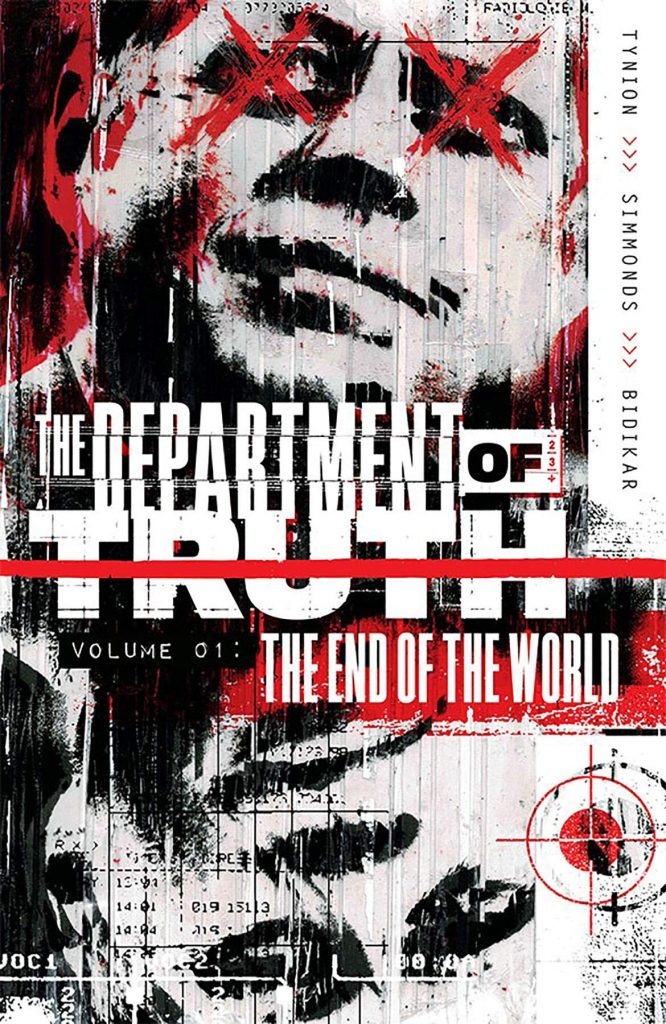 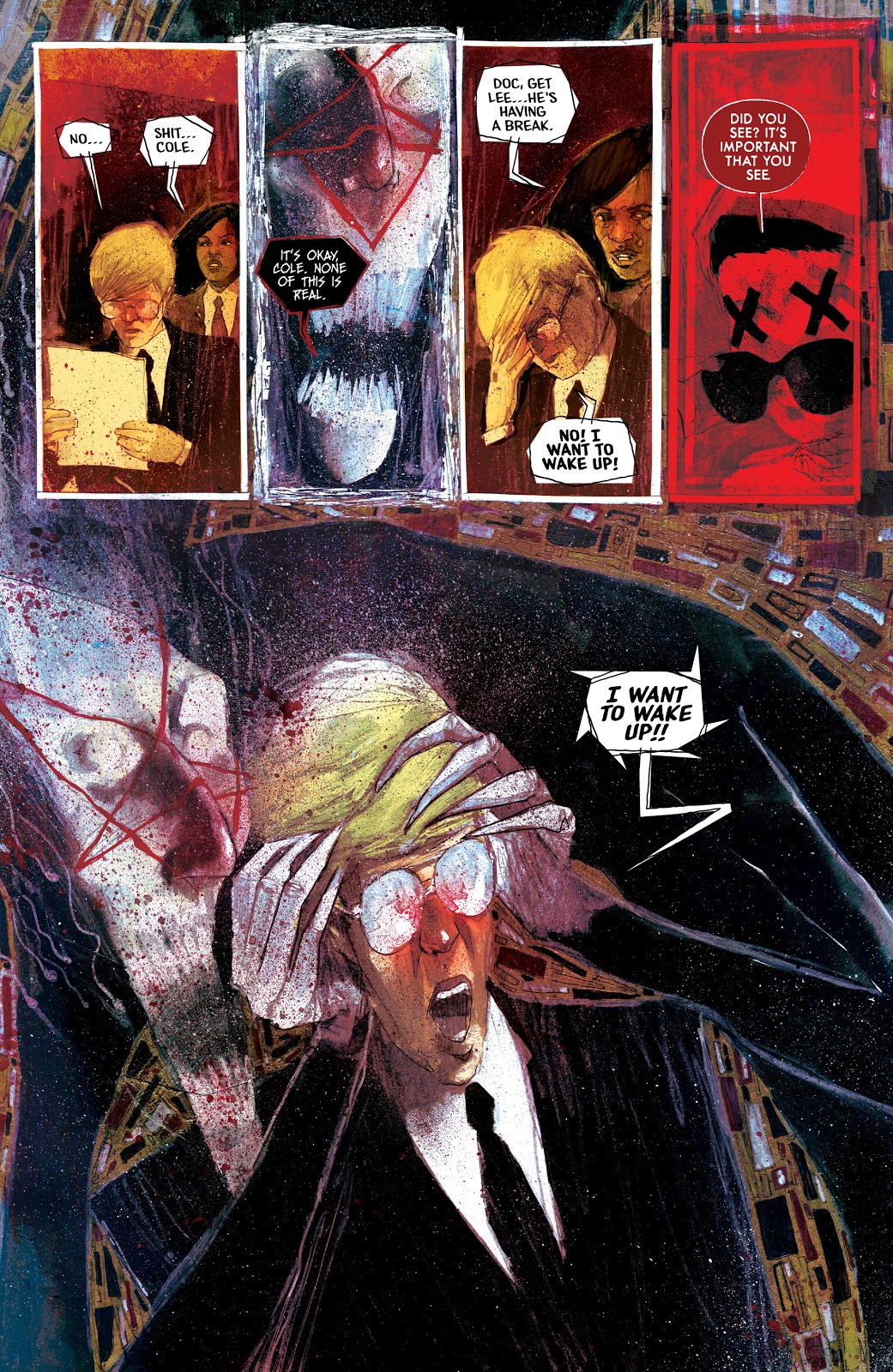 Cole Turner is an academic FBI agent with a hefty interest in conspiracy theories, which is why he can be found at events where people reject scientific evidence as faked or wrong. What he and even those theorists don’t know is that the laws of the universe somehow adjust for mass belief. The more people buying into a blatant falsehood, the more chance there is that it might actually become the truth, but the Department of Truth is there to keep things right. Or at least that’s what Turner is told when he’s recruited.

There’s a rabbit hole of theories out there and people who’ll twist one into another for a grand plan, and they’ll have figured out the real truth. You don’t have to spend long online to discover some of them, and they’re the people James Tynion IV has on the hook, because the idea they can will a theory into being just by convincing enough people is a whole new ballgame. Does he work for David Icke? How did he become Tynion IV? Did he replace Tynion I-III? How come we’ve not heard of them?

This sort of layered miasma requires an artist able to obfuscate matters further, so we have Martin Simmonds, heavily influenced by peak-era Bill Sienkiewicz with his scratchy style, but able to use digital wizardry not available to Sienkiewicz. Simmonds blurs and splodges and stretches the images into snapshots from the corner of your vision, providing collages and testing your belief in what you’re seeing. The bullseye is phenomenally appropriate.

While interesting, and cleverly scripted, the first two chapters providing the background are conversation heavy, and transmit as tongue in cheek. The third, however, is the real deal. It’s the tragic story of a woman whose son was murdered in a mass shooting incident, identified by theorists as faked to add to the groundswell of opinion in favour of taking our guns away. They consider the woman’s tearful televised reaction to be part of the fabrication, and as well as having to deal with the unimaginable horror of her ten year old son’s death she’s getting hateful messages online. It’s a heartbreaker, and the following chapters also have points to make about what we believe, for better or worse, and how that shapes the world.

By the time The End of the World is complete the questions will be tumbling out. Is Cole being taken for a ride? Has he been taken for a different sort of ride? How far is he now compromised? Did he really do that? What kind of monster is he? Etc, etc. Tynion’s fast and loose twisting of history results in a smart and dense read. Hell, some of you might take it for the truth.