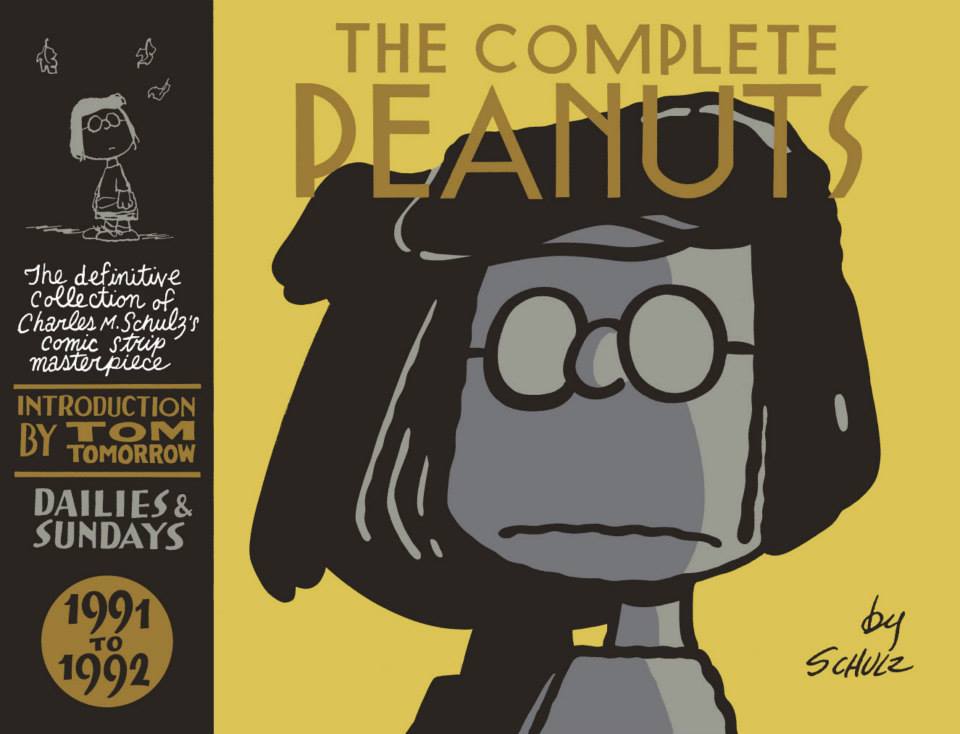 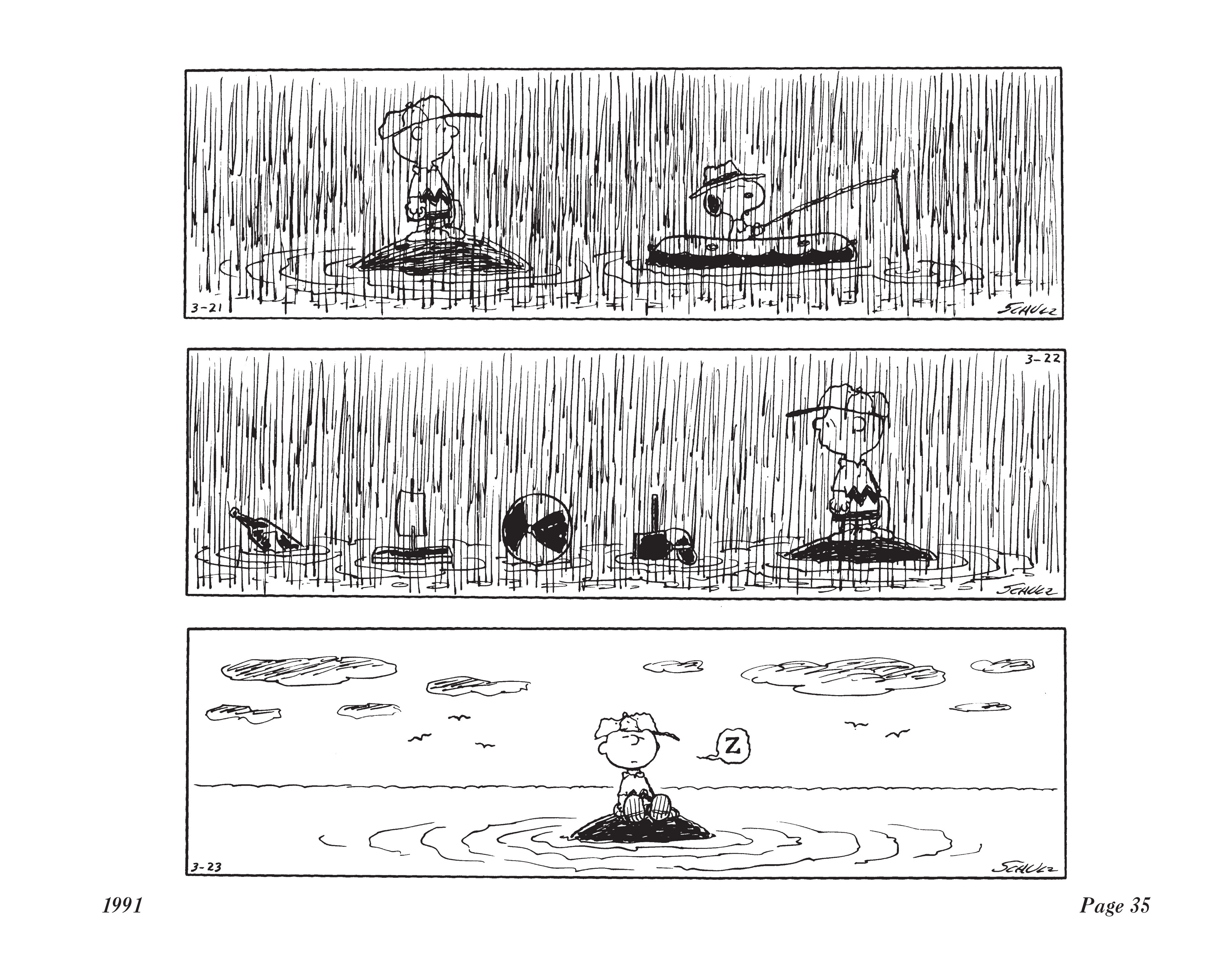 Humour takes a back seat to romance in The Complete Peanuts: 1991-1992. Charlie Brown is still pining for Peggy Jean, but now that he’s back home, he finds the Little Red-Haired Girl as beguiling as ever. How can he possibly choose between them? The World War I Flying Ace is spending so much time at the small french café drinking root beer that Peppermint Patty becomes concerned: “Marcie, do you really think you should let this dog come over every night for root beer?” Marcie tells her it’s none of her business. Marcie has other things on her mind, anyway: “I used to think I could fall in love with a real World War I Flying Ace. But lately I dream of meeting an officer in the Foreign Legion.” Linus and Lydia’s non-romance continues to not happen, and after several volumes where she’d forgotten all about it, Sally remembers he’s supposed to be her Sweet Babboo. But a new arrival called Cormac falls for Sally, wanting her attention focused on him instead.

There’s more experimentation from Charles M. Schulz on the stylistic side of Peanuts in this 21st volume. He uses a series of one-panel strips to tell a silent story, and he begins trying new things with the Sunday strips. On page 48 he uses a far larger panel than ever before to depict a huge, crashing ocean wave. The wave itself is based on a photo and the whole thing looks quite Andy Warhol-esque! There’s another radical change in format on page 204, where Snoopy visits the Victoria Falls in Zambia. Not only is there a double-height splash panel, but there is also a narrative caption, the first by an omniscient narrator ever to appear in a Peanuts strip. A second narrative caption appears in the one-panel strip on page 257. Interesting though all this innovation is, it  can’t hide the sad fact that over the last two volumes the content of these panels is much less interesting or funny than it used to be. Long periods of strips go by with no discernible point to them at all, before there’ll be a sudden jolt of humour. On page 213 there’s a surprise appearance by Violet who pops up after all this time with some news for Lucy: “I hear your brother is patting birds on the head again…”

The introduction to this volume is by cartoonist Tom Tomorrow. 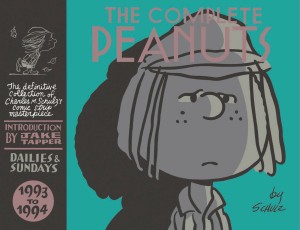 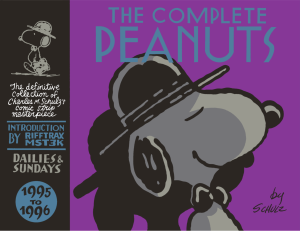 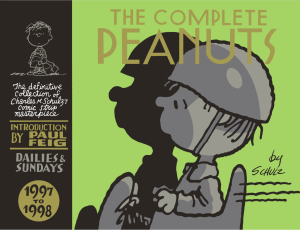 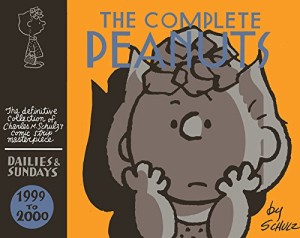