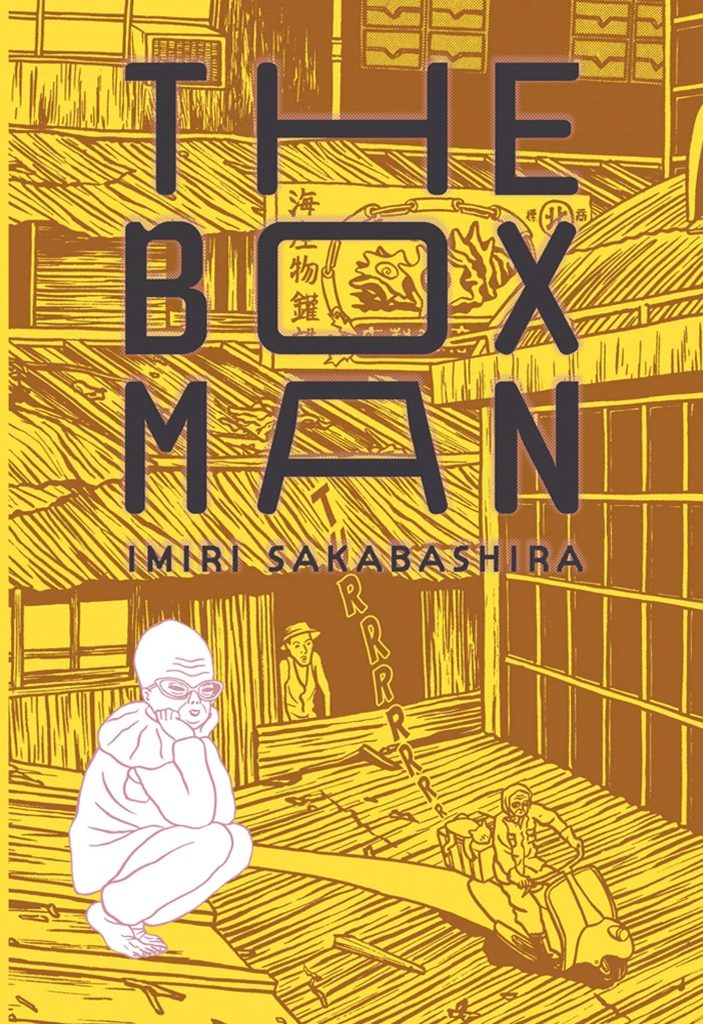 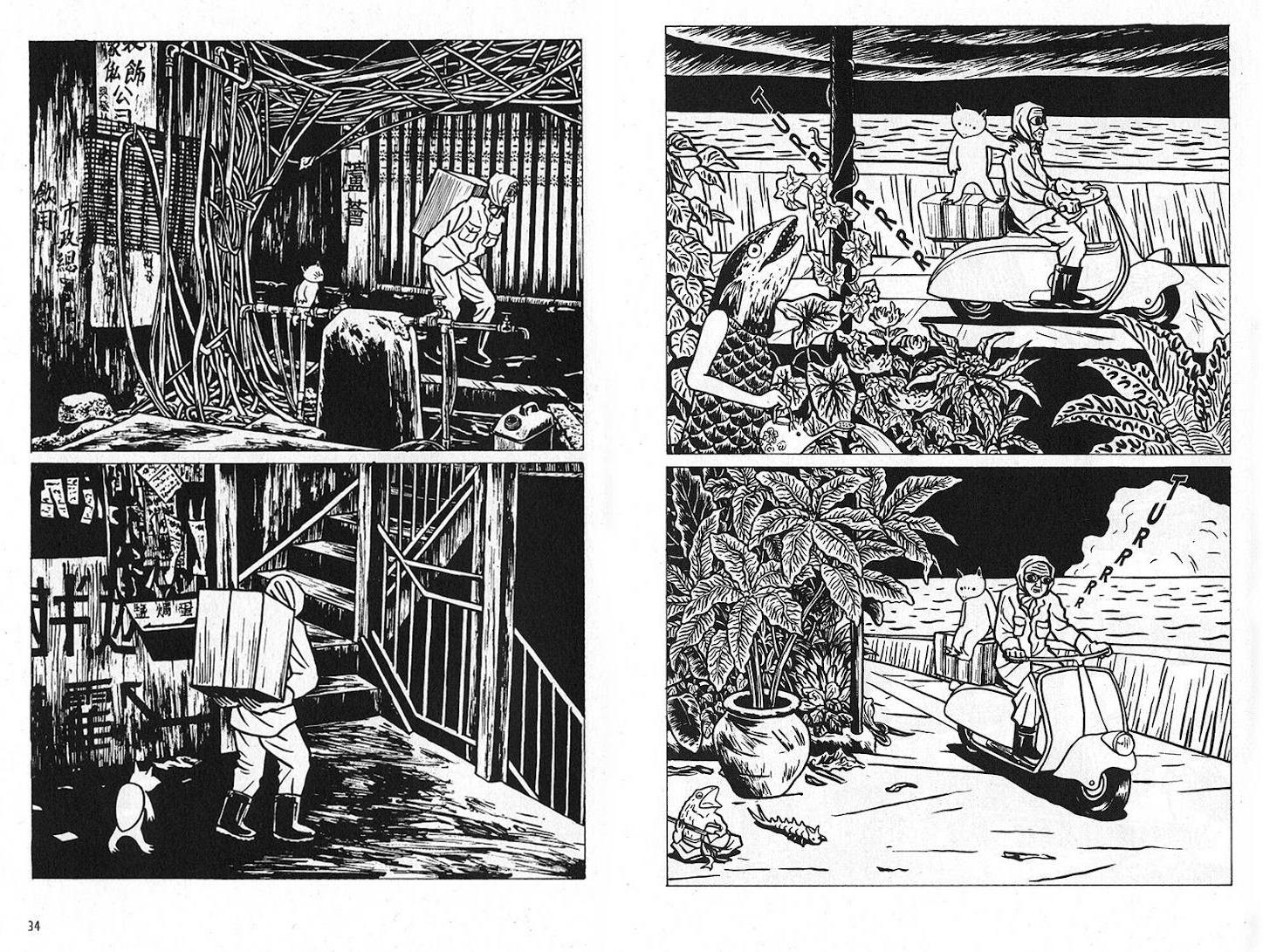 The Box Man reads as a vivid fever dream where enough touchstones provide some familiar moments of reality, but the disturbing, surreal and bizarre predominate. A man is transporting a box, at first strapped to the back of a motor scooter, and he’s accompanied by a form of cat, but one that walks on its hind legs. We’re given glimpses of the horror the box contains as it’s taken from one destination to the next, always furtively and as rapidly as possible.

Imiri Sakabashira commits comprehensively to the predominance of the unconscious as one unsettling encounter leads to another, creatures emerging from one another, and no good intentions seen. The strangeness is cemented by a central interlude occupying sixteen pages as the man and creature observe an MC hosting a selection of horrific fetishised sexual encounters with repulsive creatures. They pass as a series of full page images, as if projected onto a screen. There’s very little dialogue, but an imaginary soundtrack is likely to play in readers’ heads as the Box Man continues his journey.

The lack of dialogue and relative slimness of the book might indicate a rapid read, but there’s a density applied by the sheer detail of every panel. A recurring feature is tunnels lined with vast spaghetti tangles of cabling, further enclosing already claustrophobic locations, and everything is drawn with a loving touch, as much attention paid to a corrugated rooftop as to another decadent monster. While the Box Man and some pursuers have a purpose, there’s little figuring out what many of the background figures are up to, other than seeming to have been caught mid-act as the Box Man passes by.

There’s no great plot, although Sakabashira eventually explains the Box Man’s journey, but there’s so much going on that this is a tiring read. Astonishingly creative, it’s a nightmare to return to.