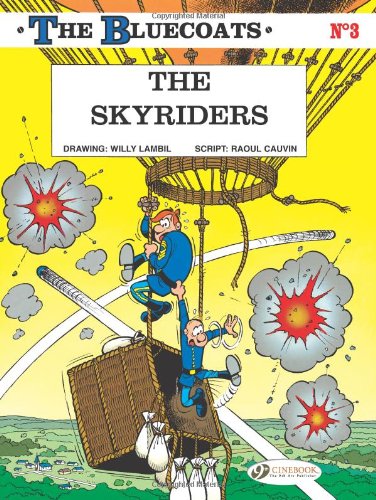 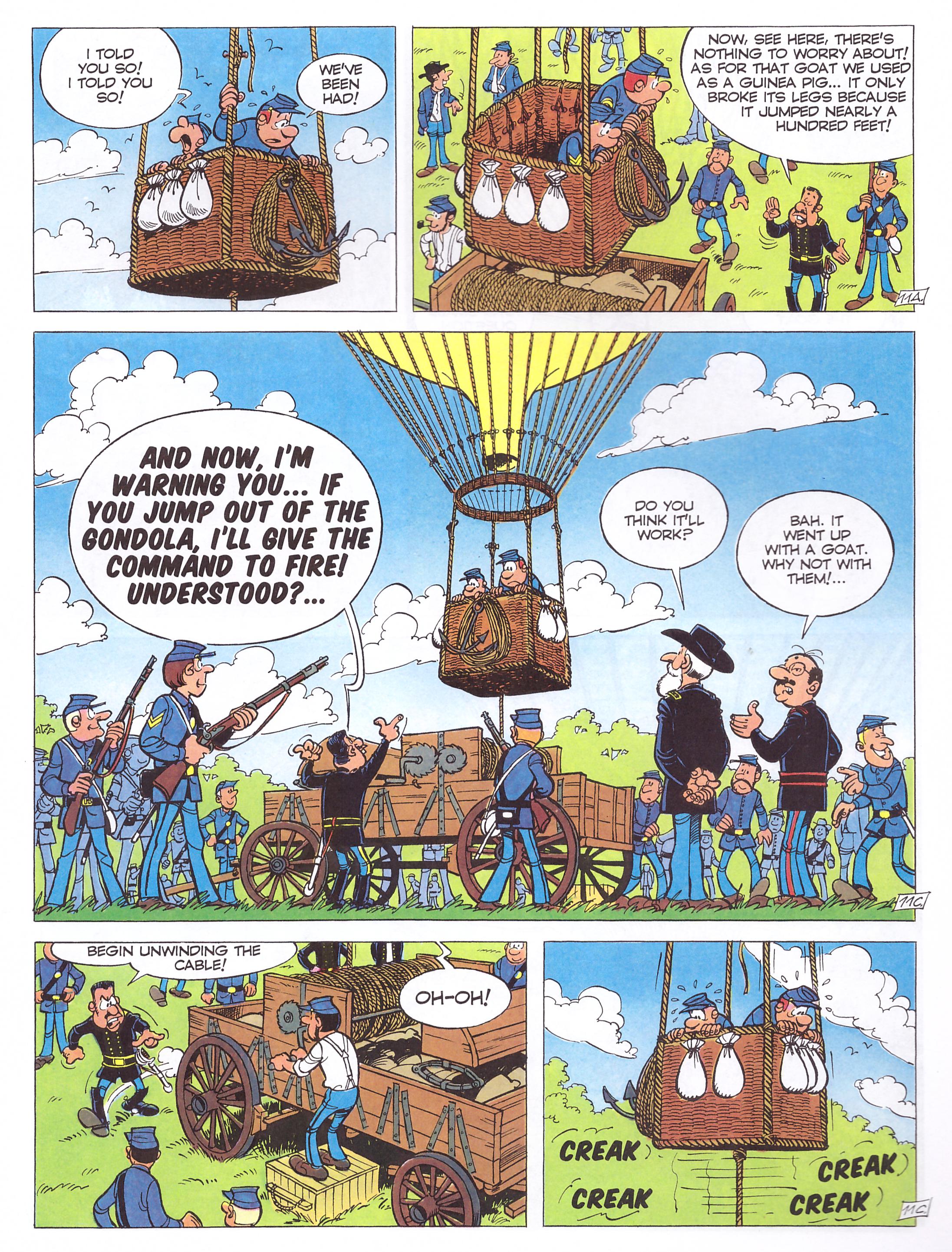 The Skyriders is the third Cinebook English language release of the Bluecoats adventures during the American Civil War, and it’s the third full collaboration between series co-creator Raoul Cauvin and the artist most associated with the series, Willy Lambil. He’s already excellent at the Franco-Belgian cartooning style most familiar to English language audiences via the work of Albert Uderzo on Asterix. Lambil has a more restrained sense of storytelling, but his pages succeed in being both funny and detail-packed.

Sergeant Chesterfield and Corporal Blutch are the classic comedy double act, with the straightlaced, by the book Chesterfield often frustrated by Blutch’s conniving ways of avoiding the duty for which he’s been extremely reluctantly conscripted. While The Bluecoats would become a very entertaining series, Cauvin hadn’t quite reached that skill level in this earlier book, although some jokes that recur throughout the series are already present. The Captain, for instance, loves a cavalry charge irrespective of the resulting fatalities.

When the Union troops acquire a prototype hot air balloon it’s Chesterfield and Blutch who’re chosen to man it. The theory is that they’ll be able to spot enemy movements from a vantage point impervious to enemy fire. So it proves, with the Confederates desperate to stop its effectiveness. There’s a predictable quality to what follows as Cauvin shoehorns in every slapstick joke he can conceive involving a balloon. The most inventive section sees Chesterfield lowered down several times via the anchor directly into the enemy camp. Overall the jokes are laboured, although, as noted, well drawn, and they’ll keep the kids happy.

In original publication order the next release is The Big Patrol, but Cinebook followed up with the fourteenth in the series, The Greenhorn. 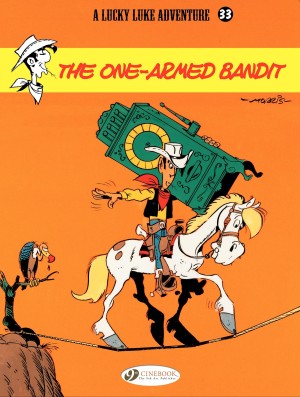