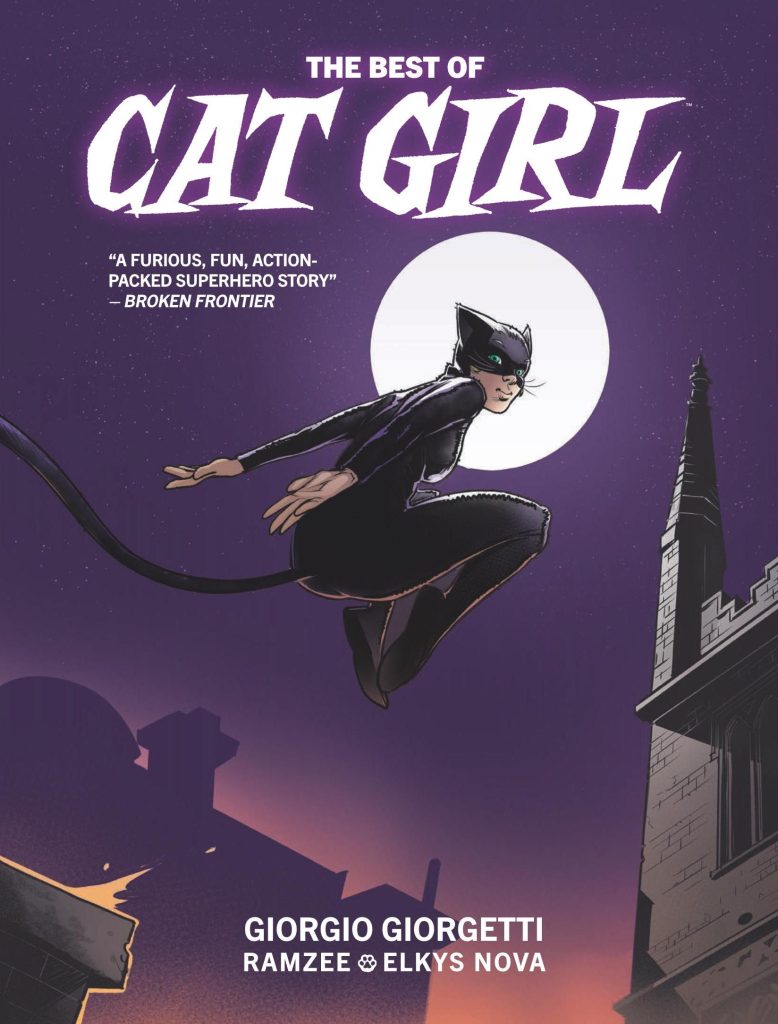 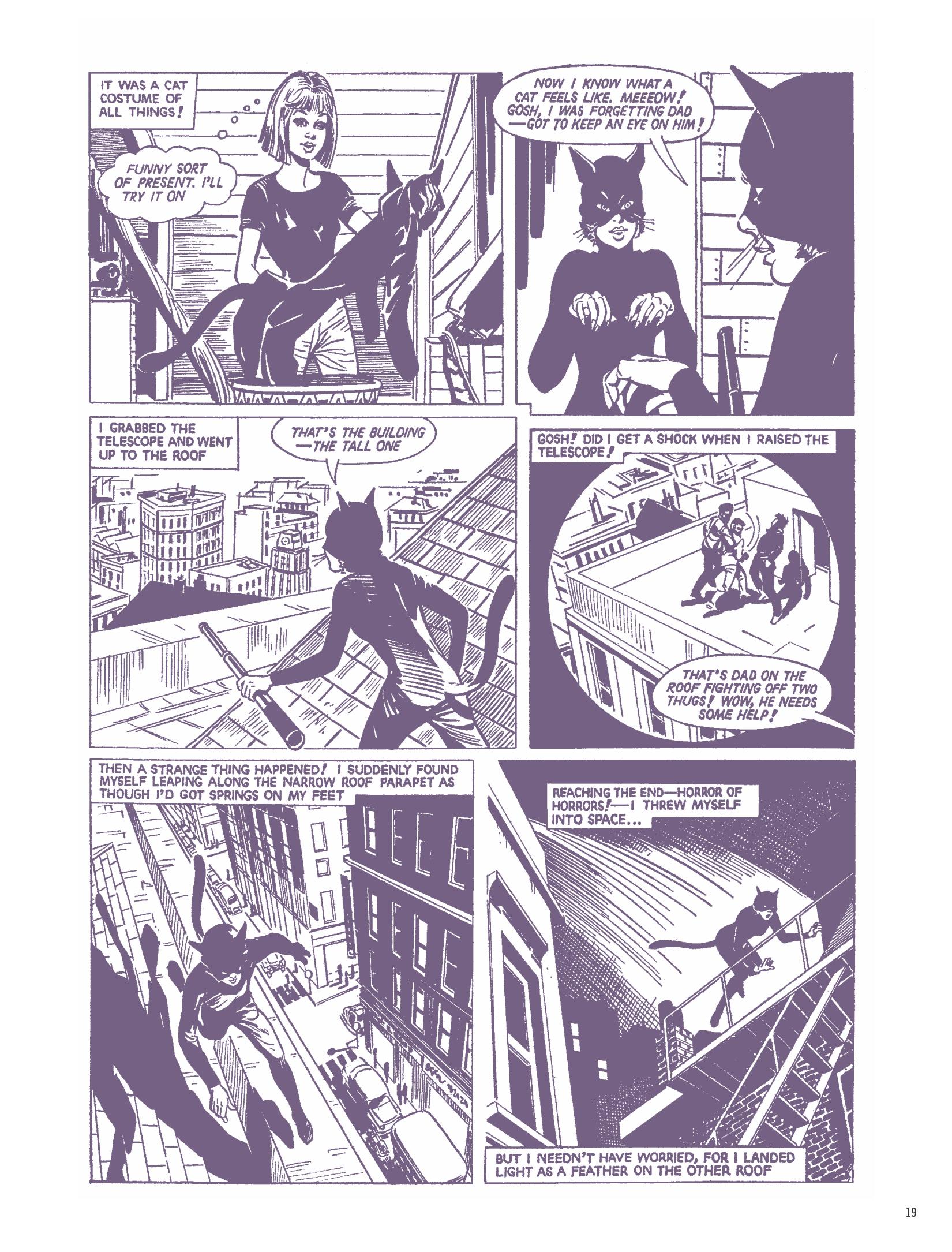 The Best of Cat Girl is another of Rebellion’s welcome collections gathering fondly remembered British series never before issued as graphic novels. It may be titled The Best Of, but is a chronological presentation of the feature’s first four stories from 1969 and 1970. Rather strangely, though, before the original material there’s the 21st century update provided by Ramzee and Elyks Nova in Tammy and Jinty Remixed, where the Cat Girl mantle passes to Claire, daughter of the original Cat Girl.

The sample page shows Cathy Carter having put on a cat costume along with a mysterious amulet, for some reason sent to her private detective father from Africa, and discovering the costume endows her with the ability of a cat. Her father’s work has earned him enemies, the most persistent of whom is the mysterious leader of a thieving gang, the Eagle. The writer remains unknown, but in the tradition of British comics there’s not much fuss made about an origin when there’s only two and half pages to move the story forward every week. Cat Girl’s adventures pack a lot in, with Cathy acquiring all the talents of cats when wearing the costume.

Her athleticism is impressively conveyed by artist Giorgio Giorgetti who poses her unusually, keeping in mind her costume endows her with cat-like abilities. Although Italian, he was a British resident, so unlike other foreign artists used on strips at the time, these are instantly recognisable late 1960s British surroundings and vehicles. He also brings the vague “South American” setting of the penultimate story to life, although here perhaps more via cinema reference.

Plots inventively maximise melodrama, with each episode leading to a crisis such as Cathy’s costume being thrown out, being surrounded by dogs or set adrift in a hot air balloon, all from the same serial about Cathy helping out a young stage actress. Cathy’s father is the comedy element, never aware of how much she helps him out, and convinced he’s put things right again. Unusually, though, Cathy’s none too concerned about letting others in on her costumed identity.

Ramzee and Nova’s modernising of the idea retains the good natured fun as the costume passes down a generation, and the collection ends with Karl Story’s informative biographical article about Giorgetti. Because the writer never took the strip too seriously, the charm remains, and there’s a fair chance pre-teenage girls of today looking at it as a period drama will still find it fun. 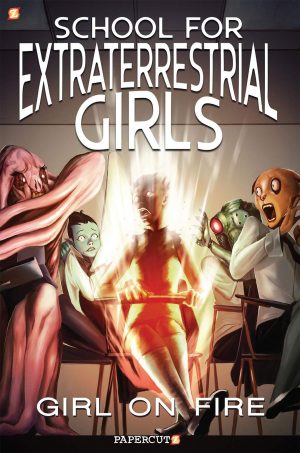