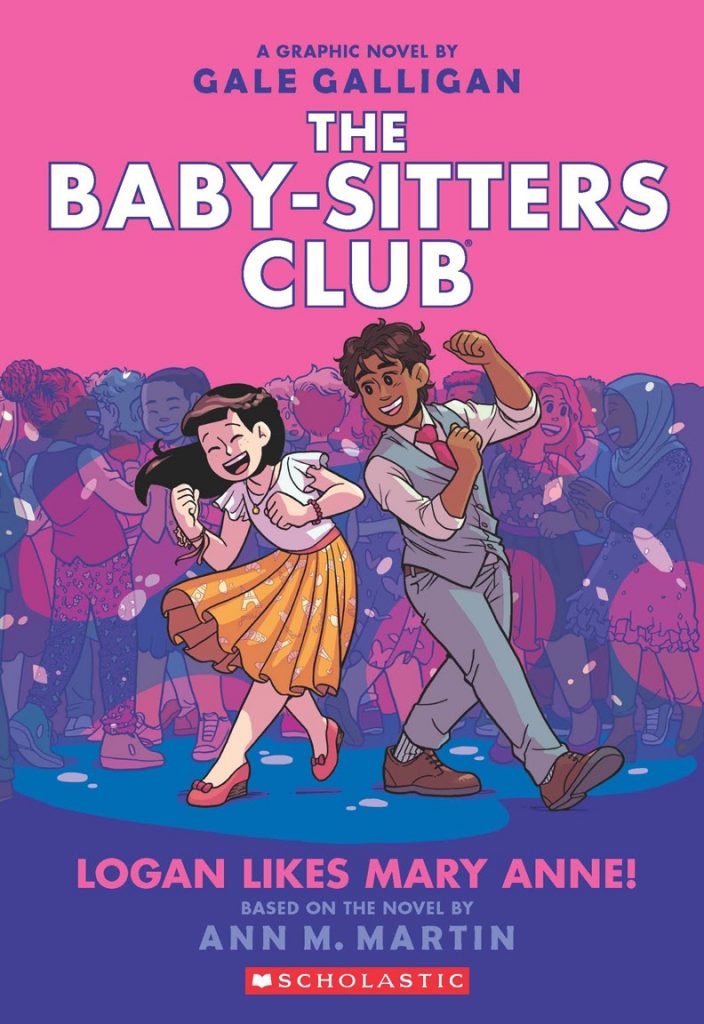 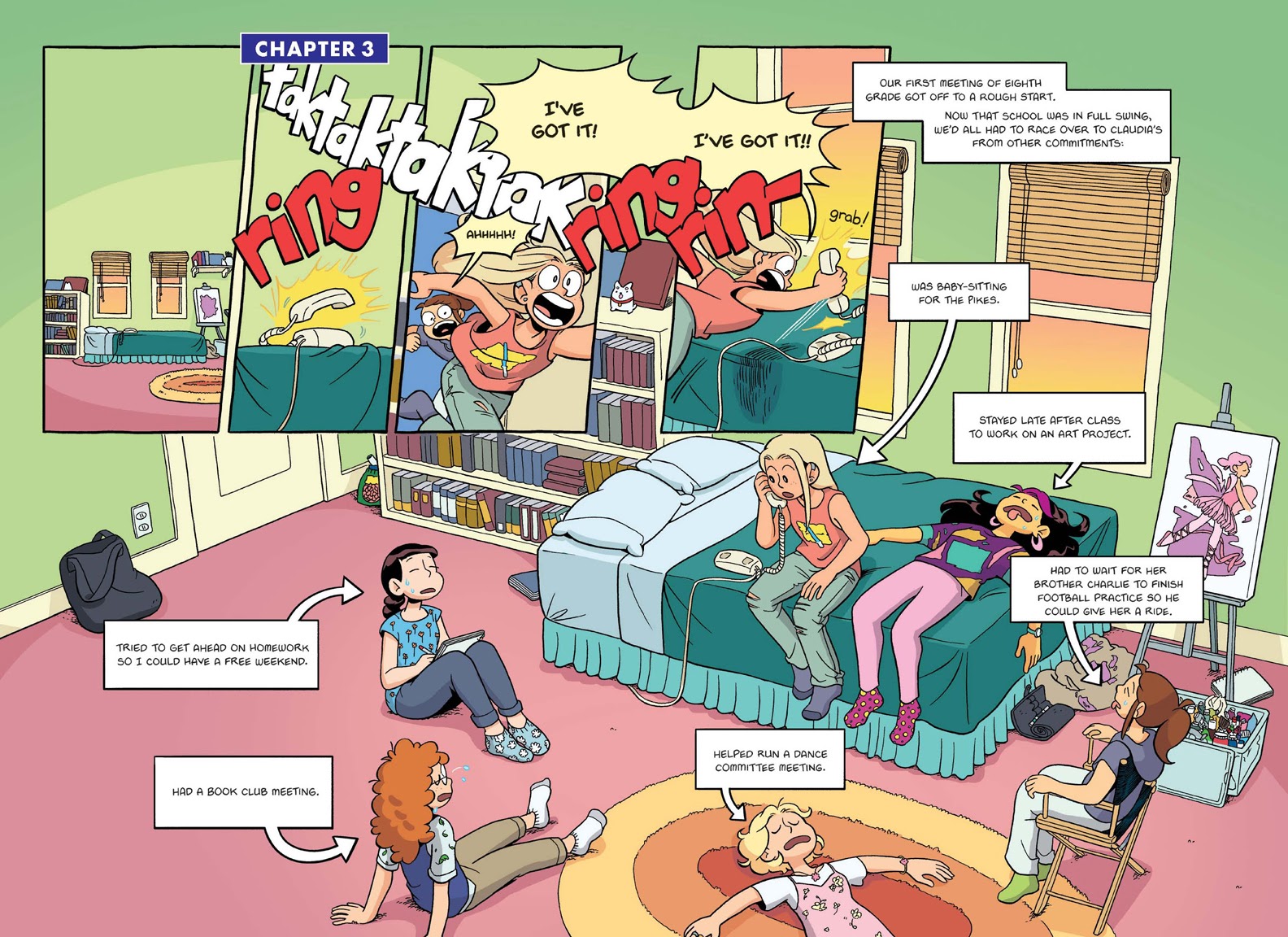 Earlier in the run these graphic novel adaptations skipped one of the original novels, and that happens again as The Ghost at Dawn’s House has been missed out to take us to Logan Likes Mary Anne. Boy-Crazy Stacey opened the door to the idea that the babysitters might one day have partners, and that acknowledgement of the wider world for twelve and thirteen year old girls is now followed by the discovery that Mary Anne’s subscribing to Sixteen magazine.

Also acknowledging a wider world previously absent, this is the first story in which the African-American Jessi appears, as does Logan, also dark-skinned and new to the neighbourhood, with babysitting experience from back in Kentucky. He’s already been spotted by Mary Anne as very similar looking to her Sixteen crush, and wouldn’t you know it, the only person able to accompany him on a trial babysitting assignment and report back is Mary Anne.

Due to a strict father Mary Anne has been the shyest of the featured girls, and it’s sweet seeing her come into her own. A lot of that is conveyed by Gale Galligan’s sympathetic cartooning, showing us what Mary Anne is feeling without her having to come out and say it. Now on her fourth Baby-Sitters Club adaptation, Galligan is drawing the cast’s faces more in the style of Archie comics, sometimes also using their distinctive style of surrounding eyebrows. As seen by the sample art, she has a great way with a spread featuring all the main characters, and there are several more of these equally special. One of the school dance is a spread young readers can study for ages to catch everything that’s going on.

There’s a definite shift of emphasis in this story, with far fewer pages spent on babysitting activities than previously, and more given over to social lives, but that’s no bad thing. Martin’s as good at emotional drama as she is conceiving tricky babysitting situations, yet there are only so many variations on the babysitting theme, and it’s drama that came to see the series run for over a hundred novels. It means the graphic novels have a way to go to catch up.