The Authority: The Lost Year Book One 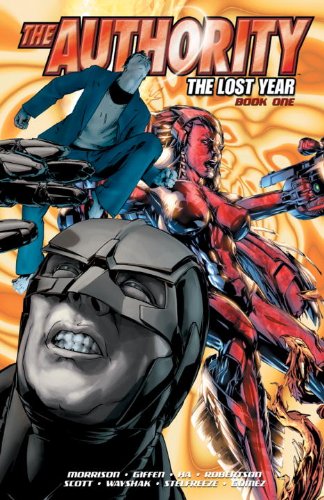 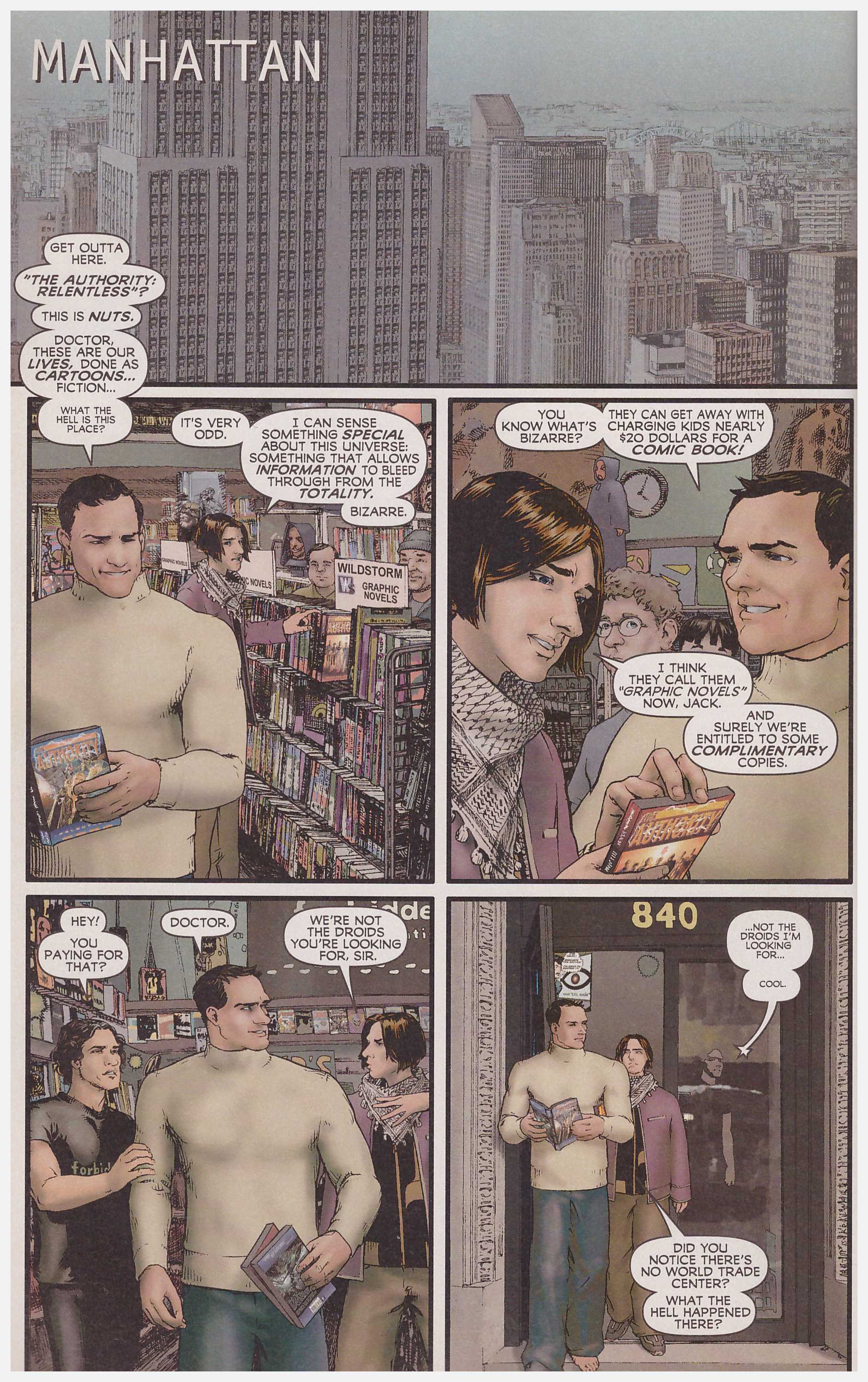 Warren Ellis had a strong vision for the Authority when he created the team, and delivered on it. Mark Millar followed up with plots that were equally startling in some respects, if owing much to Ellis, but his run was plagued by artistic difficulties. Thereafter the feature rapidly lost its lustre with ever more mundane interpretations. If anyone could reactivate the glory days, though, surely it was a collaboration between Grant Morrison and Keith Giffen, two of the most imaginative writers of superhero comics, particularly as Morrison wrote an enthusiastic introduction to the collection of Ellis’ work. Hold that thought.

It’s Morrison solo to begin with, and all the wonder having been used up, he takes the opposite tack and spends over a dozen pages grinding our noses in the sheer tedium of the average domestic relationship. You see, the Authority have slipped through to our Earth by mistake, and it’s such a dull place we can’t provide the energy for them to return. Or as the Doctor puts it, “We’re shipwrecked, embedded like a thorn in the side of a low energy universe”. Oh the glamour!

At least those pages have the benefit of Gene Ha’s art, and he has to strive almightily to make anything look dull, and still can’t pull it off. We then cycle through Darick Robertson, Trevor Scott, Jonathan Wayshak, and Brian Stelfreeze’s layouts for Joel Gomez in quick succession. Wayshak’s pages are the most interesting. He uses too many lines at times, but there’s a heavily inked underground sensibility to his work, and when the monster comes it’s really creepy, but the style doesn’t work for what should be a widescreen action superhero tale. And that’s the problem. Well over half the book isn’t a widescreen superhero action tale, it’s pitting the Authority against something that they can’t even see to begin with.

As this is the lost year not everything occurs on ‘our’ Earth, and we move to the Authority fighting their doppelgangers. All this should be exciting stuff, but it’s dull, and surely in recognition the writing team wrap everything up rapidly over two pages, and the Authority move on. Despite this being labelled as Book One, the remainder of the story was never collected as a graphic novel, and perhaps that says it all.