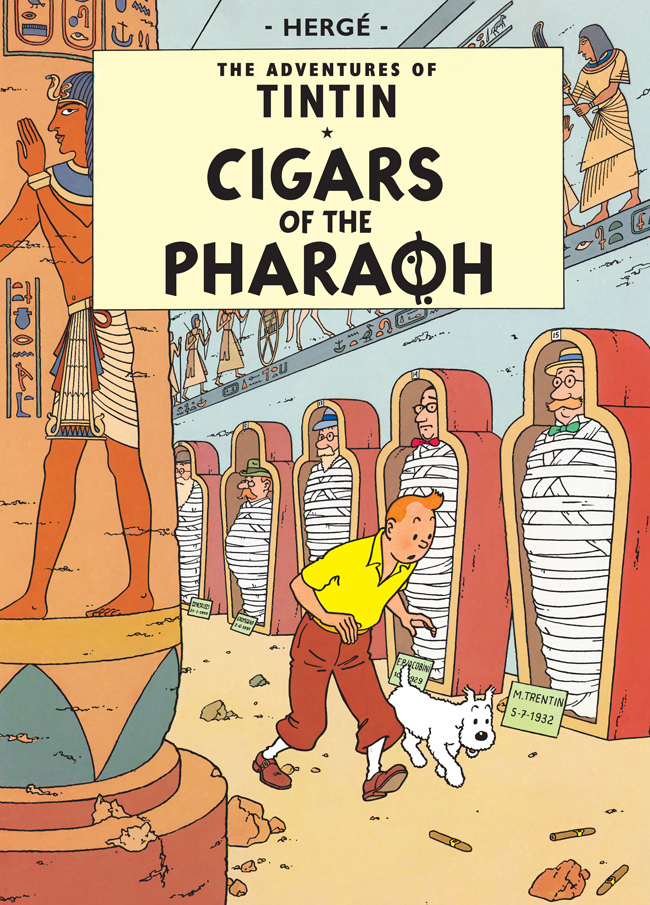 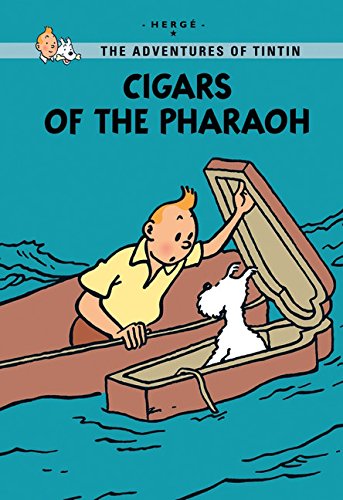 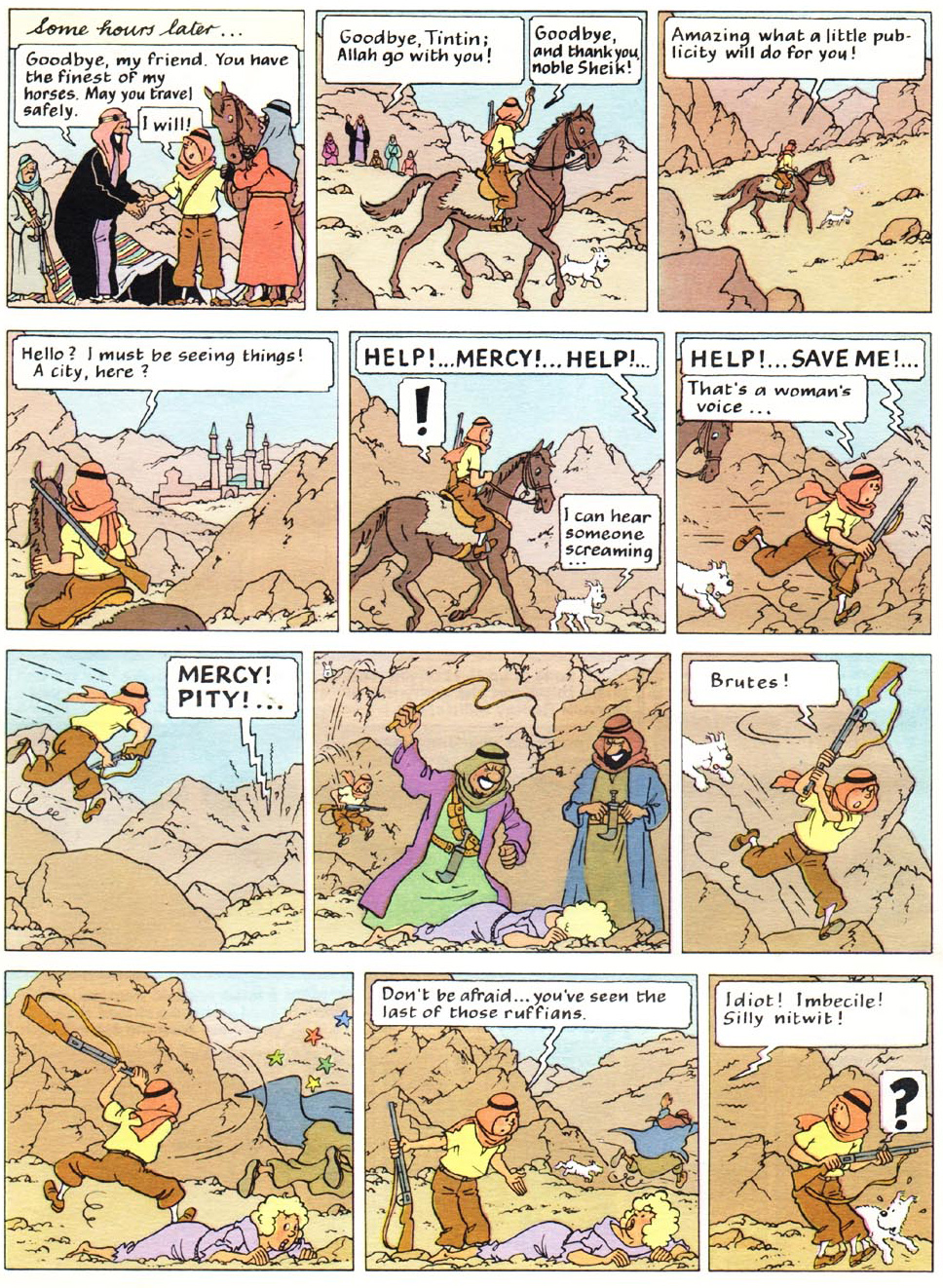 In Tintin in America, the preceding book in the series, Hergé sent his young reporter to the New World just as he’d wanted to do from the outset. For the next adventure he would take his inspiration from Howard Carter’s 1922 discovery of the tomb of boy-king Tutankhamun, an event that had seen an interest in Egyptology take off like never before. Cigars of the Pharaoh, is also the first brave enough to drop Tintin’s name from the title.

Our story opens with Tintin and Snowy enjoying the peace of a cruise on their way to Egypt. That peace is soon shattered when our boy reporter is framed for drug smuggling. He escapes, of course, and joins the eccentric Sophocles Sarcophagus in his search for the tomb of Pharaoh Kih-Oskh.

There then follows a story that, if anything, has a surplus of plot, especially when compared to the earlier adventures. Chases, false imprisonment, narrow escapes (in a variety of lovingly rendered vehicles), madness-inducing poisons, secret societies, gun running and drug smuggling. It’s all here, and handled with a lot more style than previously. While Tintin was still being plotted on a weekly basis, the story clearly benefits from adopting the tropes of the mysteries that had become hugely popular at the time. These Agatha Christie-like elements combined with the strip’s pulp roots and fondness for the outré produce a potent mix that would stand the series in good stead for many years.

This is the first book to (properly) feature the clueless and accident-prone detectives Thomson and Thompson, though here they prove themselves to be very capable when the plot demands. Like Snowy, they would eventually be sidelined somewhat when Captain Haddock joined Tintin on his adventures, but here they fulfil multiple roles admirably, alternately arresting Tintin or helping him escape, all the while performing a wide variety of slapstick shtick (slapshtick?). We also meet Oliveira de Figueira for the first time, and Roberto Rastapopolous puts in one of his many appearances.

Strangely enough, when Sheik Patrash Pasha shows Tintin a copy of one of the books that he’s been reading it’s Destination Moon, an adventure that Tintin wasn’t to have for another twenty years! Snowy also makes a continuity-busting reference to Marlinspike Hall. Rather than being mistakes, it seems that Hergé was instead trying to standardise all the adventures, and would frequently amend them when he got the opportunity.

This was the last of the early books to be redrawn, coloured and re-published. Hergé obviously enjoyed this adventure, and would have Tintin cover similar ground later in The Seven Crystal Balls. It’s certainly much better than the first three books in the series, though not quite as good as the next, The Blue Lotus, where Hergé would raise the bar considerably with his thorough research and attention to detail. However, this title shows a marked development in both art and structure, with a story that moves far beyond the largely plot-free shenanigans of the earlier adventures. 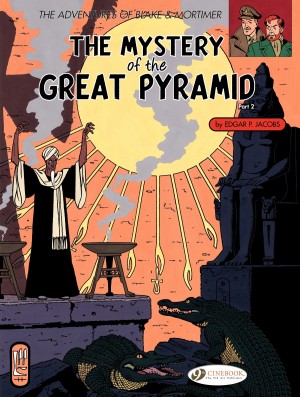