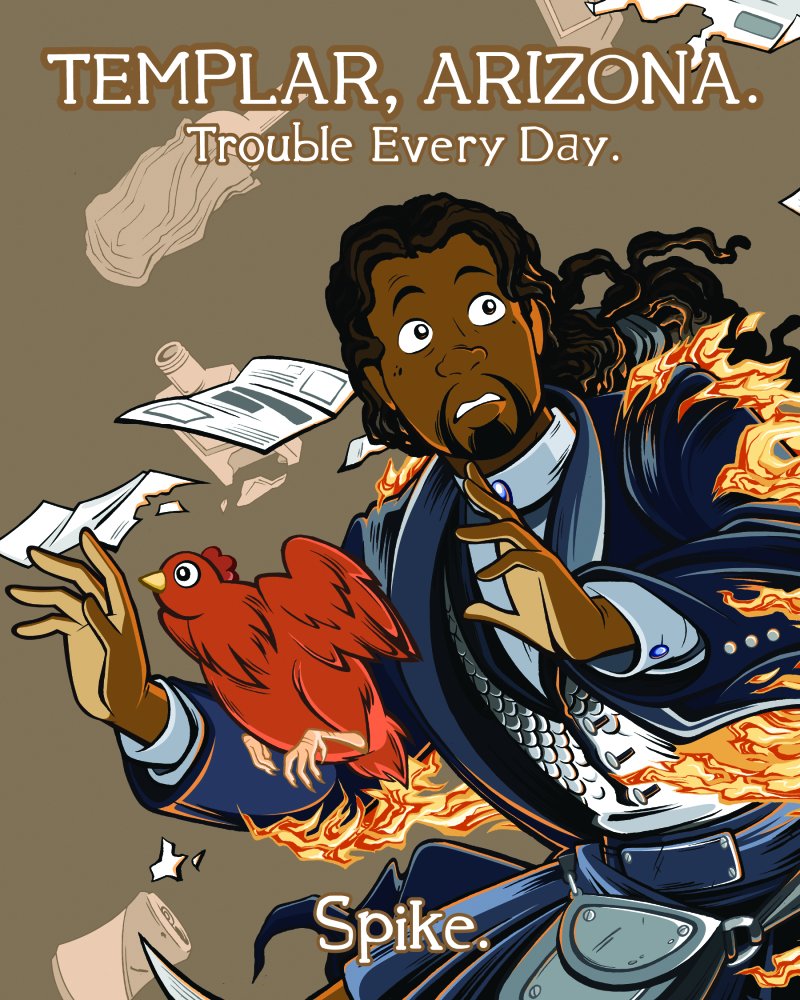 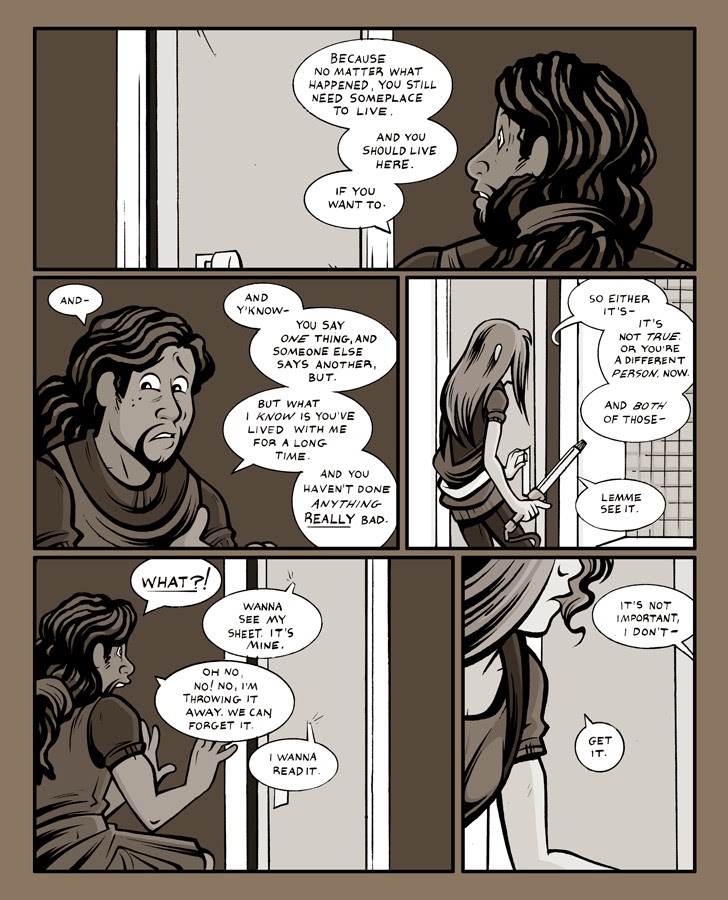 To begin with this is the first Templar, Arizona graphic novel without Ben Kowalski at it’s centre, creator Spike now having introduced enough other characters to ensure readers are comfortable being with some of them. In And a Stick to Beat the Devil With we were introduced to Gene’s family. They came across as eccentric, but pleasant enough, although he was intimidated by them. It turns out they’re not harmless cranks at all, but very dangerous people that we see in action over the opening sequence. We return to Ben when he’s watching one of Templar’s weird news services reporting on the results.

Spike assumes a certain amount of intelligence on the part of her readers, that they’ll be able to join some dots and figure things out despite the use of unfamiliar terms. Sometimes, though, there’s just no knowing, and it takes the next volume to provide clarification, as is the case with Ben’s odd conversation with the Doctor he helped out, the subtext of which is now explained.

Once past the opening volume to work your way into the series and attune to what Spike’s doing, each following volume is much of a muchness. The cartooning is fantastic when it comes to character and movement, but could do with the variety of the viewpoint occasionally moving out a little further, and any given volume is going to drift from one conversation to another. Repercussions become further topics rather than action scenes, yet there’s a naturalistic joy with each of the characters having a distinctive voice.

This is the point at which Spike stopped the series, in book form at least. An online continuation was available, but the bad news is that the Templar, Arizona website is no longer updated, which is a shame. It doesn’t make the four volumes published redundant, though, as there’s more than enough creativity and comedy to appreciate.