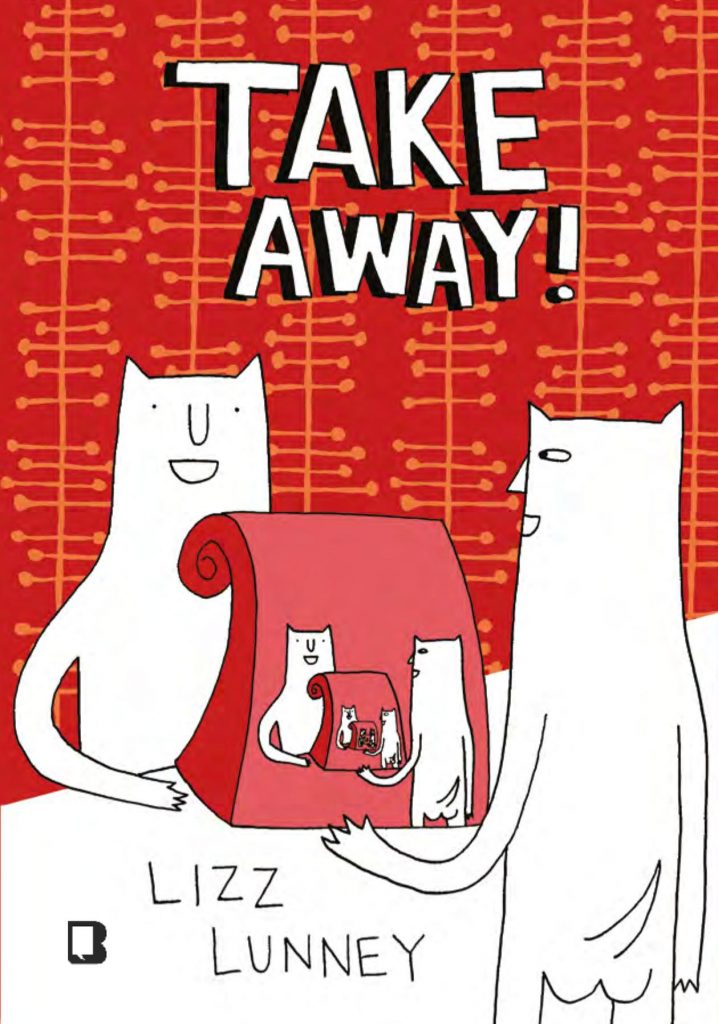 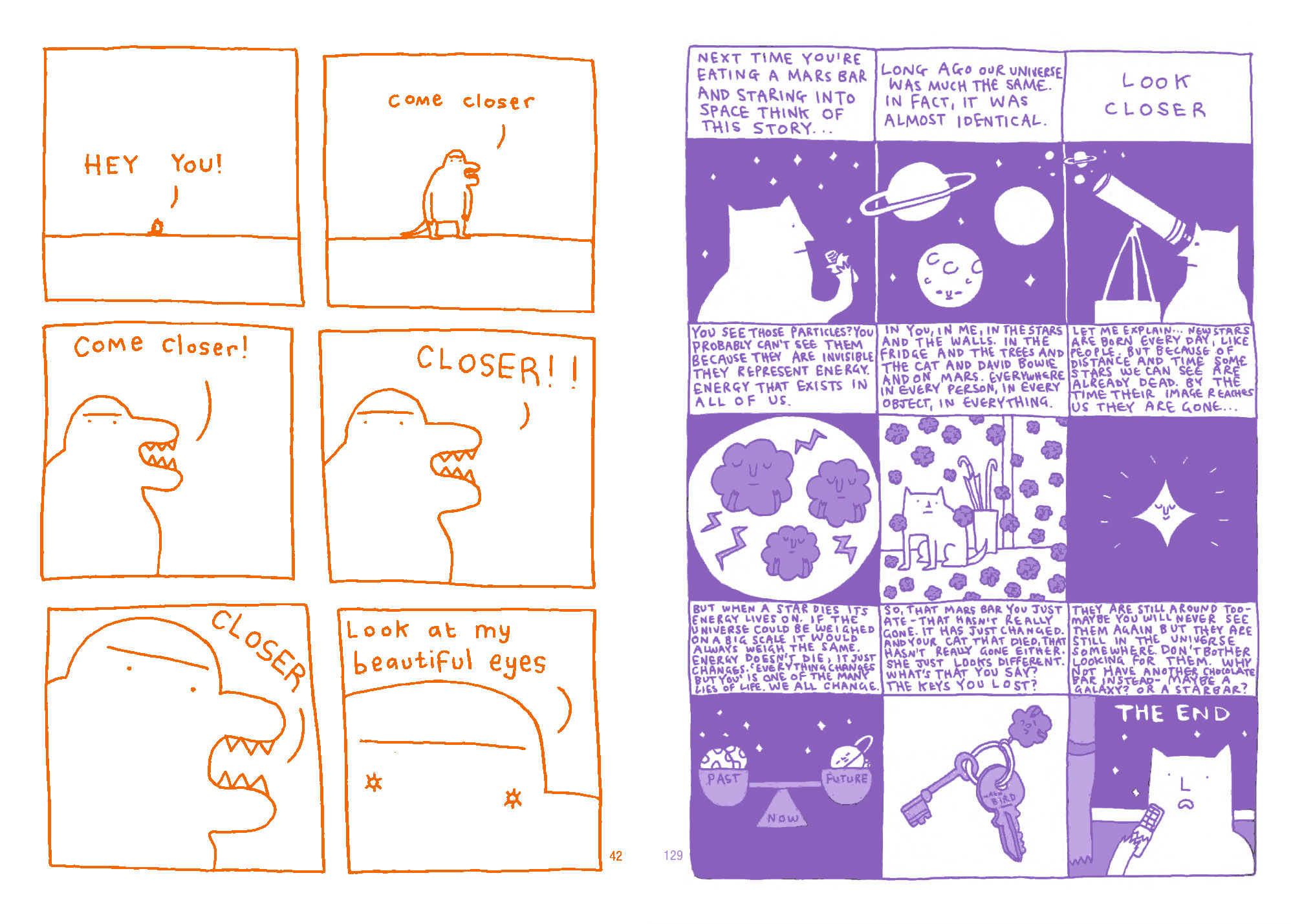 Lizz Lunney is a first class creator of nonsensical observations and tales, sculpting instantly accessible worlds where there’s a sympathy card specifically for people who have to give up gluten, a glimpse into a cartoon bison’s tormented love life and a guide on how to judge people by their shoes. If there is such a thing as a typical Lunney strip it’s possibly sixteen panels of a giant chicken corpse giving advice on how to live your life over two pages, spliced with instructions on how to cook it. It’s simultaneously perverse, charming, puzzling and funny. There’s also a level of profundity to it, as there is to so much of the content, which will make you think.

The cartoons of David Shrigley are a definite influence, but Lunney’s work is more grounded and accessible. Pretty well all of Take Away could be enjoyed by a smart child, who’ll find the likes of alternative means of communication – baking, mime – as enjoyably silly as adults. Her cartooning is more refined than Shrigley while still keeping things simple, although a lot of skill has gone into making things look slapdash. Equally present is a hint of small press cartoonist Martin Hand, particularly in dense pages of small panels used to tell a story. Short philosophising moments without panel borders bring Jules Feiffer to mind. However, these are all superficial influences, because the primary ingredient is Lunney’s fertile imagination and viewpoints. Almost every strip here is something no other cartoonist on the planet would produce, and while being unique isn’t always consistent with quality, in Take Away’s case it is.

For all the nonsensical veneer and Lunney’s tendency to use animals to get her views across, there are lines to be drawn to the real world. Aren’t those pandas just young children? What is the wizard other than the worst boss you ever had? As the collection continues the barriers break down, the jokes are fewer, and the observations more poignant. What to make of a dry two panel gag that suggests a packet of crisps as the alternative to the frustrating lifelong search for happiness and fulfilment?

Beyond the strips Take Away presents delights about the production. Both front and back covers fold out to supply further strips, and instead of being produced in black and white, the content is printed in a variety of shades on the white pages. Thanks for the care and attention.

Like the sample strips? Then you’ve bought into Lunney’s world and should order Take Away right away. 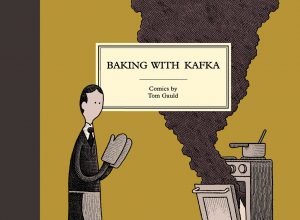