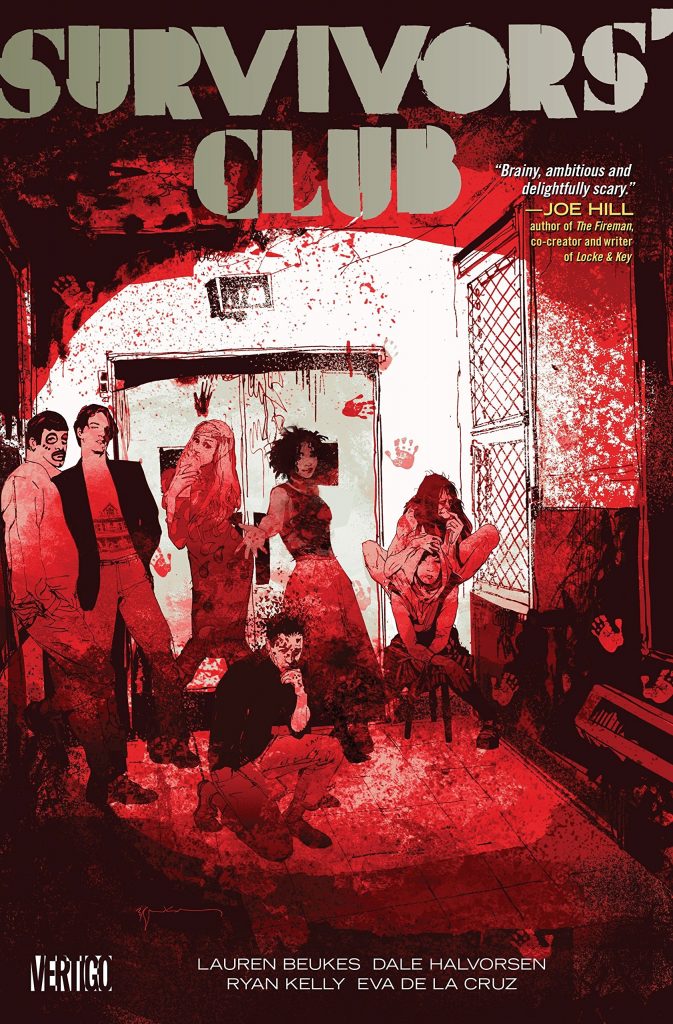 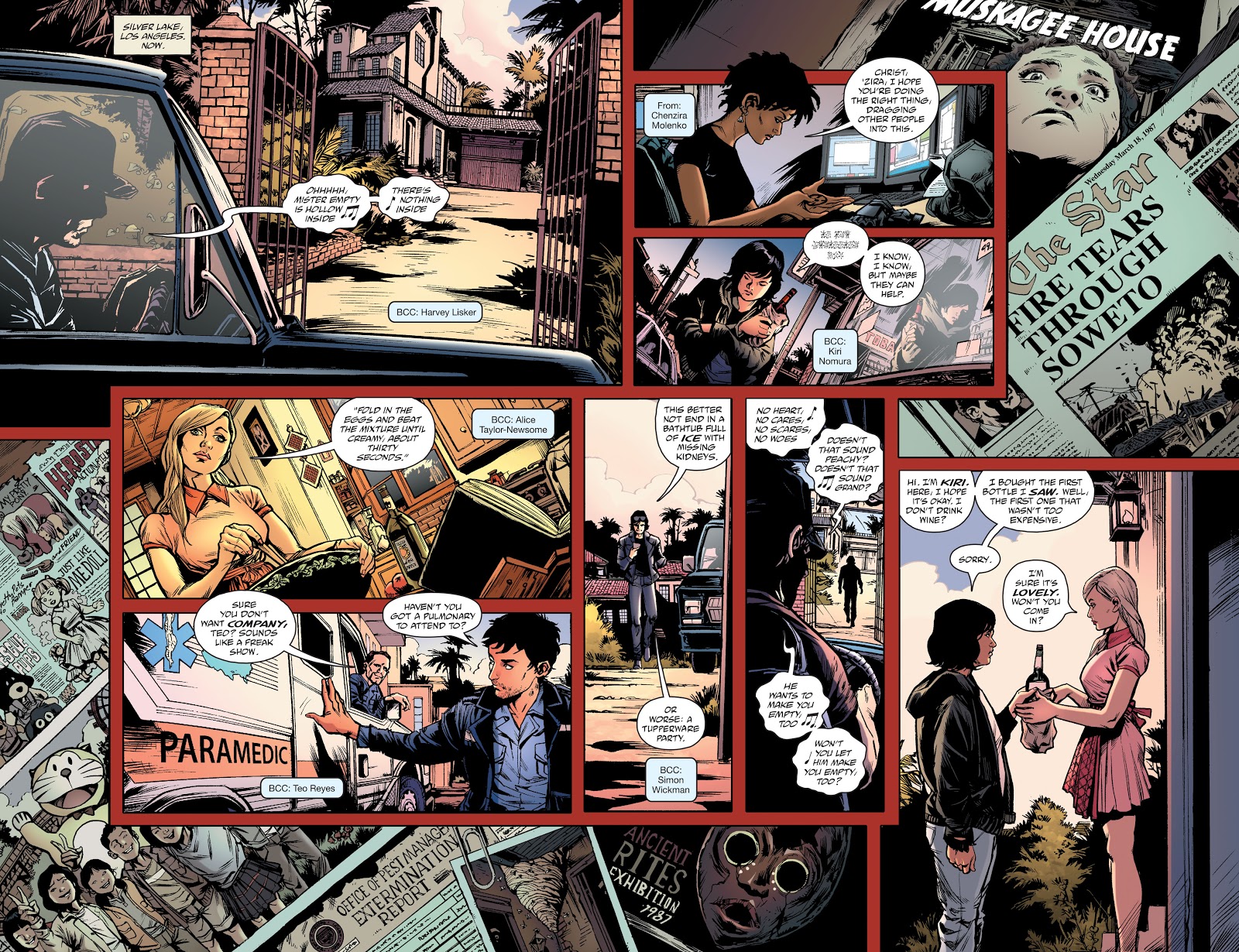 At the end of every slasher film there are one or two kids who survive the attentions of the guy with a mask and a knife. What happens to them? How do their lives progress after such a horrific experience. That’s what Lauren Beukes and Dale Halvorsen explore in Survivors’ Club. Six people around the world survived murderous supernatural incidents in 1987. 25 years later they’re all in Los Angeles and one Chenzira Moleko has joined the dots, connecting them all to a horrific arcade video game she was addicted to before all hell broke loose. Now a new game with tainted code is manifesting online.

Simon has seemingly confronted his experience in Muskagee House head on by parlaying his survival into minor league celebrity status, Teo’s in denial and there’s something plain strange and plastic about Alice. Harvey? You really don’t want to know about him, but if he does step too far out of line maybe Kiri can deal with him. It’s a narrative convenience that no two member of the cast have dealt with their trauma similarly, but it means Beukes and Halvosen have the necessary variety, additionally provided by the cast originating from countries around the world. Both are well exploited, cutting from present day scenes to brief interludes explaining the past.

Like all the best horror, much of the enjoyment is in the suspense, the actual gore minimised for two-thirds of the book, and for that to compel as it should an artist able to supply the world as we see it is a necessity. Ryan Kelly has a considerable track record with just that, and his naturalism is essential. His reality is ours, and so when he switches to horror it’s all the more shockingly intrusive. The first true dose of that is actually provided by Inaki Miranda, an entire chapter of one horror confronted with another, slasher cross-pollination if you will, the exaggeration continued later. Near the end otherwise inkers Peter Gross and Mark Farmer are called on to finish Kelly’s layouts, and those pages aren’t as tidy.

As Survivor’s Club continues, it’s clear Chenzira has popped the worm can open, and assorted demons have emerged. How a well constructed set of personalities react to that makes for a thoroughly enjoyable supernatural thrill as the writers make good use of horror tropes we all know. The first six chapters are paced as if for a long game, but all the signs are that a series intended to run for longer had to be wrapped up in a headlong rush. Reality falls to pieces over two locations and so does Survivors’ Club, accelerating into a prolonged gorefest, taking the easy option when it seemed as if there was a greater intelligence at work. The final pages hint at more to come, but that’s surely dependent on a proposed TV show taking off.