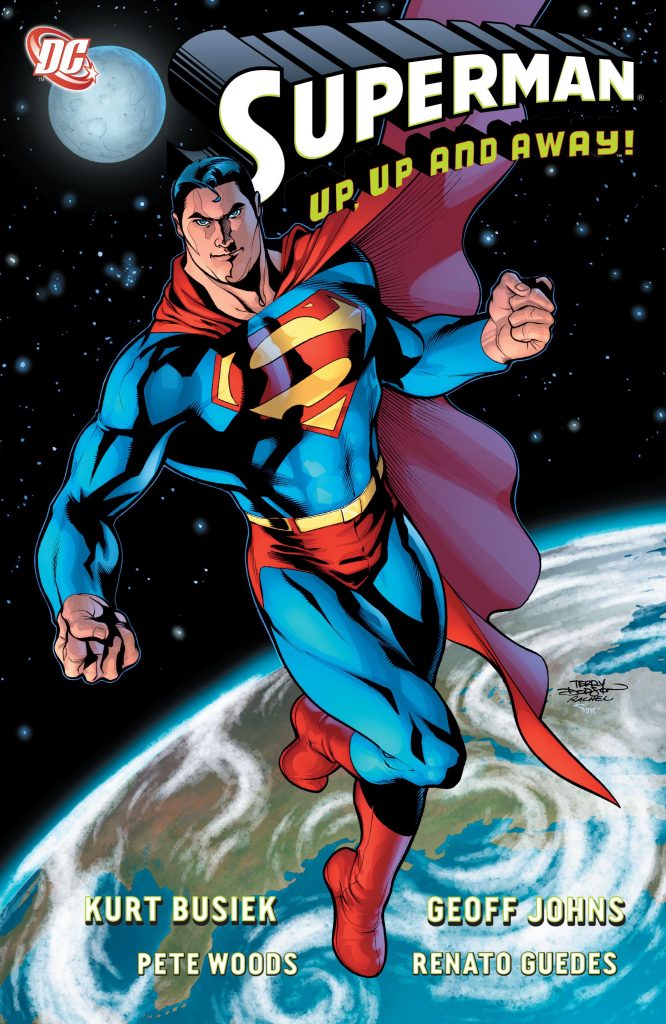 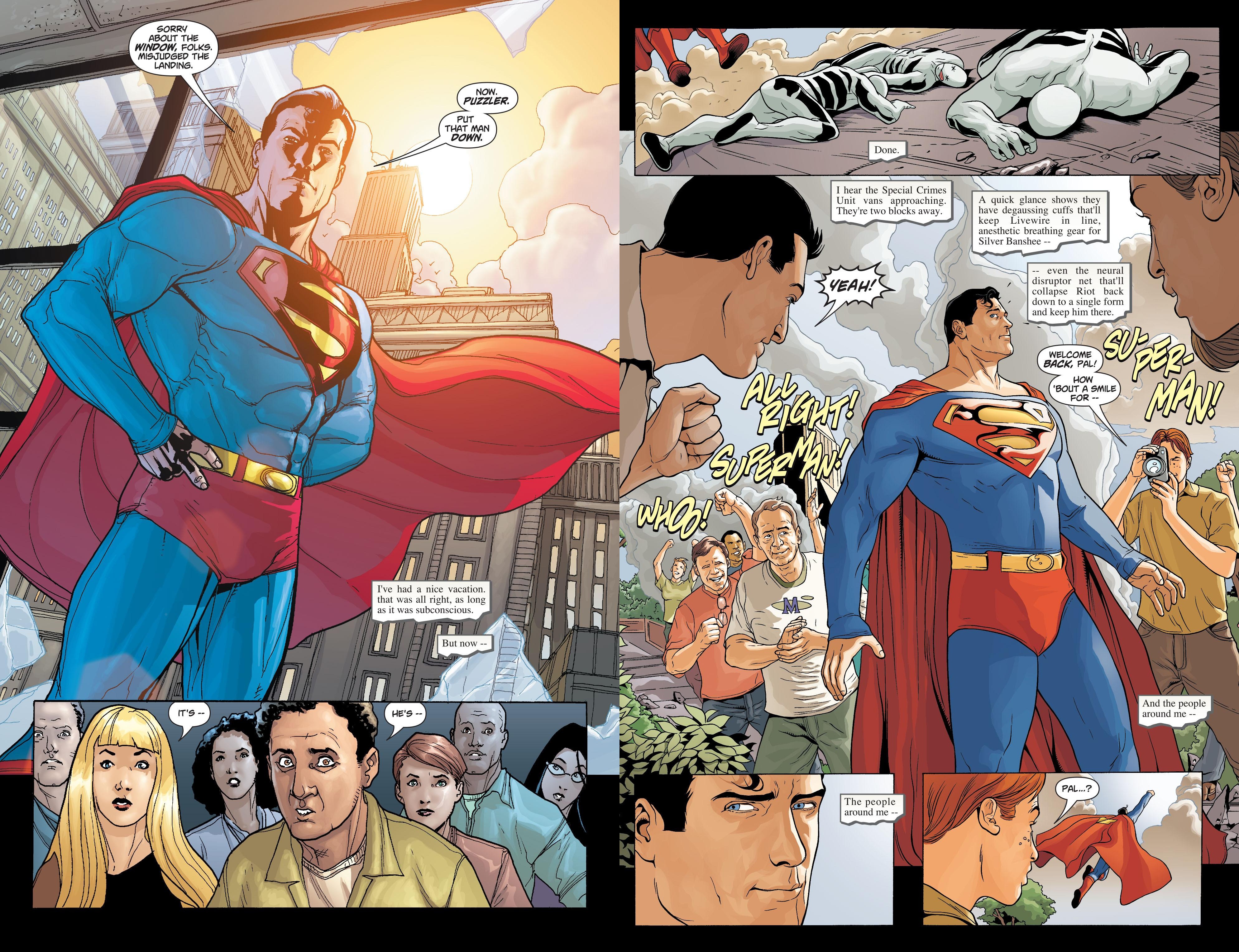 In 2006 Up Up and Away was a reaffirmation of Superman, and divorced from the contemporary continuity it starts really intriguingly. Why has Superman been away for a year when Clark Kent is enjoying life with Lois Lane? Metropolis is safe because Supergirl is protecting the city, but it’s not a dream, not an imaginary story, Superman’s powers are gone. Not that life is progressing smoothly for Lex Luthor in Superman’s absence. Finally hauled up into court for past crimes he’s been acquitted, but the stain has stuck so indelibly that shareholders have voted him out of his own company.

While there’s never any question that Superman will return, joint writers Kurt Busiek and Geoff Johns go far beyond just maintaining the suspense. They realise that Clark Kent is an integral part of Superman, not just a human shield, revealing early why there’s no Superman, and revelling in telling stories of Clark Kent, investigative reporter. Clark now has to be for real what he’s always pretended to be, and he’s good at it. Luthor also has to fall back on previously ignored talents, no more the corporate titan, so reverting to the mad inventor skulking in the shadows, although a number of his former allies remain loyal. Luckily Clark’s not short of friends either.

Pete Woods and Renato Guedes are both good artists, and any preference is matter of style. Woods (sample art left) has a more imaginative way of laying out a page, but has the occasional problem with foreshortening while Guedes is generally solid. Both have a talent for iconic Superman images, and once his powers return each supplies several.

The super powers returning is as interestingly handled as the earlier part of the book. It’s no instantaneous snap of the fingers deal, but gradual. Naturally enough, they’re fully restored for the climax, which equally naturally is the culmination of the skulking Luthor’s masterplan. That’s nicely delivered as is a double-whammy dose of sentimentality at the end. Busiek and Johns had their ups and downs on subsequent Superman stories, and while Secret Identity and The Men of Tomorrow respectively remain their best work, this runs them close.