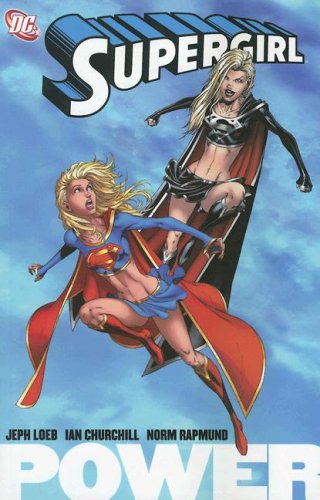 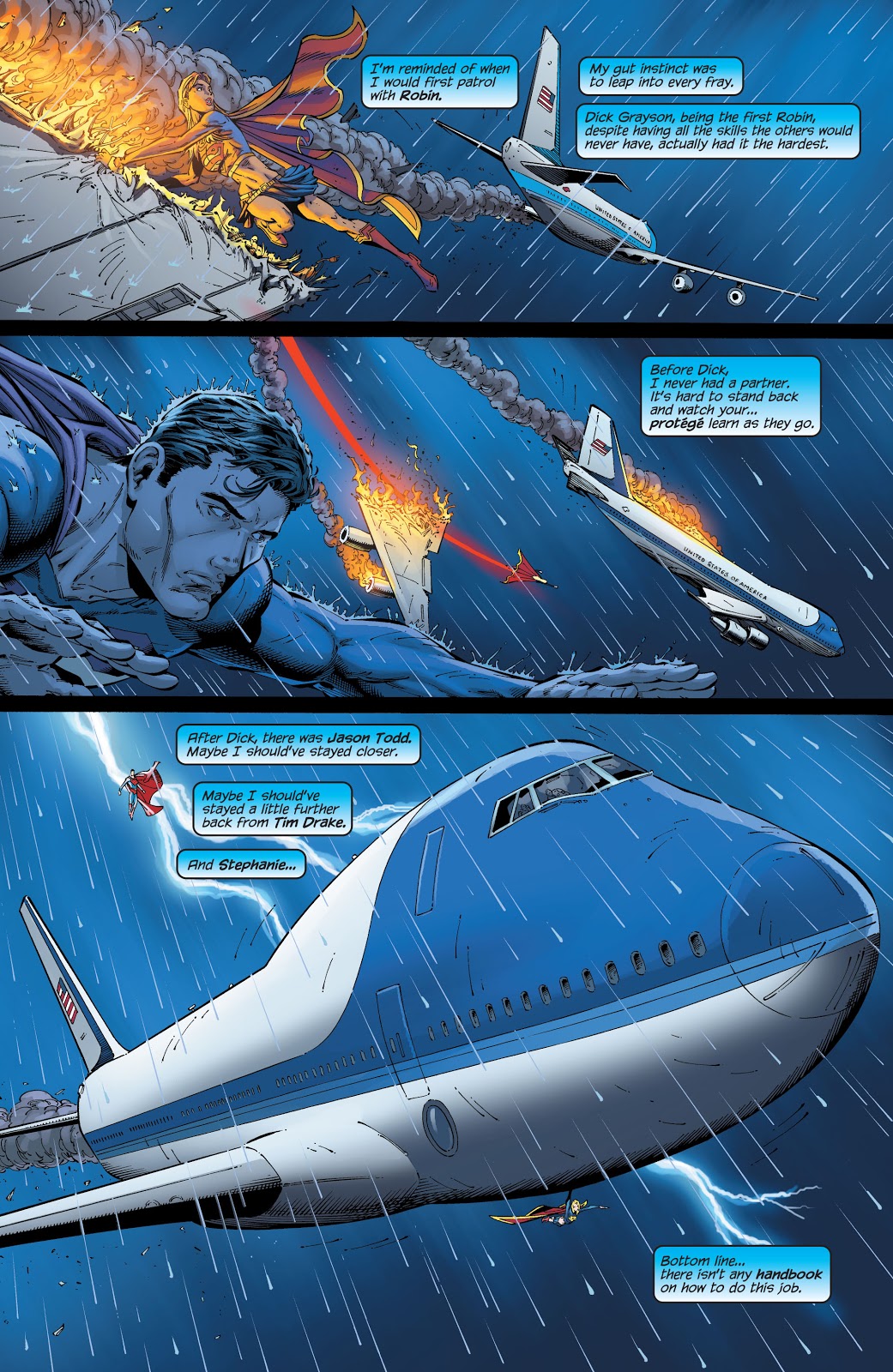 Power launched a new Supergirl series in 2005, and it’s problematical. The basis of Jeph Loeb’s plot is fine. It has Supergirl needing some answers and touring around the DC super teams, one per chapter, attempting to find those answers. The problem is the overall premise, which is having designated Wonder Woman to watch over Supergirl who’s recently arrived on Earth isn’t enough. She needs monitoring by Superman and Batman to see that she isn’t a danger to herself or others. According to your scale of offence that could be considered outrageous, or reasonable precaution concerning an unknown alien with Superman’s powers.

Ian Churchill’s art is standard for the era. The storytelling is strong, prioritising big images that have an impact, but with ludicrously muscled men and the presentation of women downright sleazy. Churchill was bequeathed the daft objectifying costume Supergirl wears, the in-story justification risible, but there are ways of depicting women without emphasising that, and a parade of other women are overly sexualised. Different aspects of the art have greater appeal. Drawing 1940s heroes in baggy, loose costumes is nice, and scenes set around an unconscious elephant good, exemplifying Churchill’s strong and imaginative layouts.

Even given what has to be accepted on trust to make superhero comics work, the eventual plot requires large scale suspension of disbelief, not once, but several times. Most prominently the real menace of the story is vague and undefined, it’s suggested their manifestation concerns the use of black kryptonite, but story elements before that depend on their presence being responsible for irrationality. If there’s no great explanation of where they come from, there’s almost none about the ending. It’s as if Loeb belatedly realised he only had four pages remaining and one of those had to be a final pin-up from Churchill, so things needed wrapped up extra fast.

On this basis it’s probably just as well Loeb jumped ship after the single story, and this series of Supergirl continues with Joe Kelly writing in Candor.