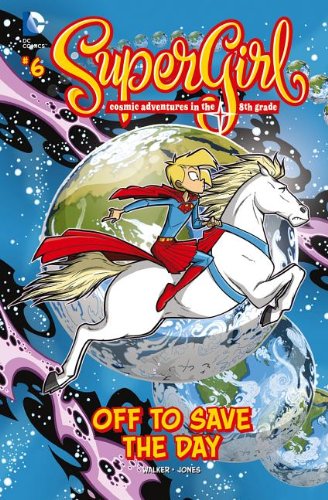 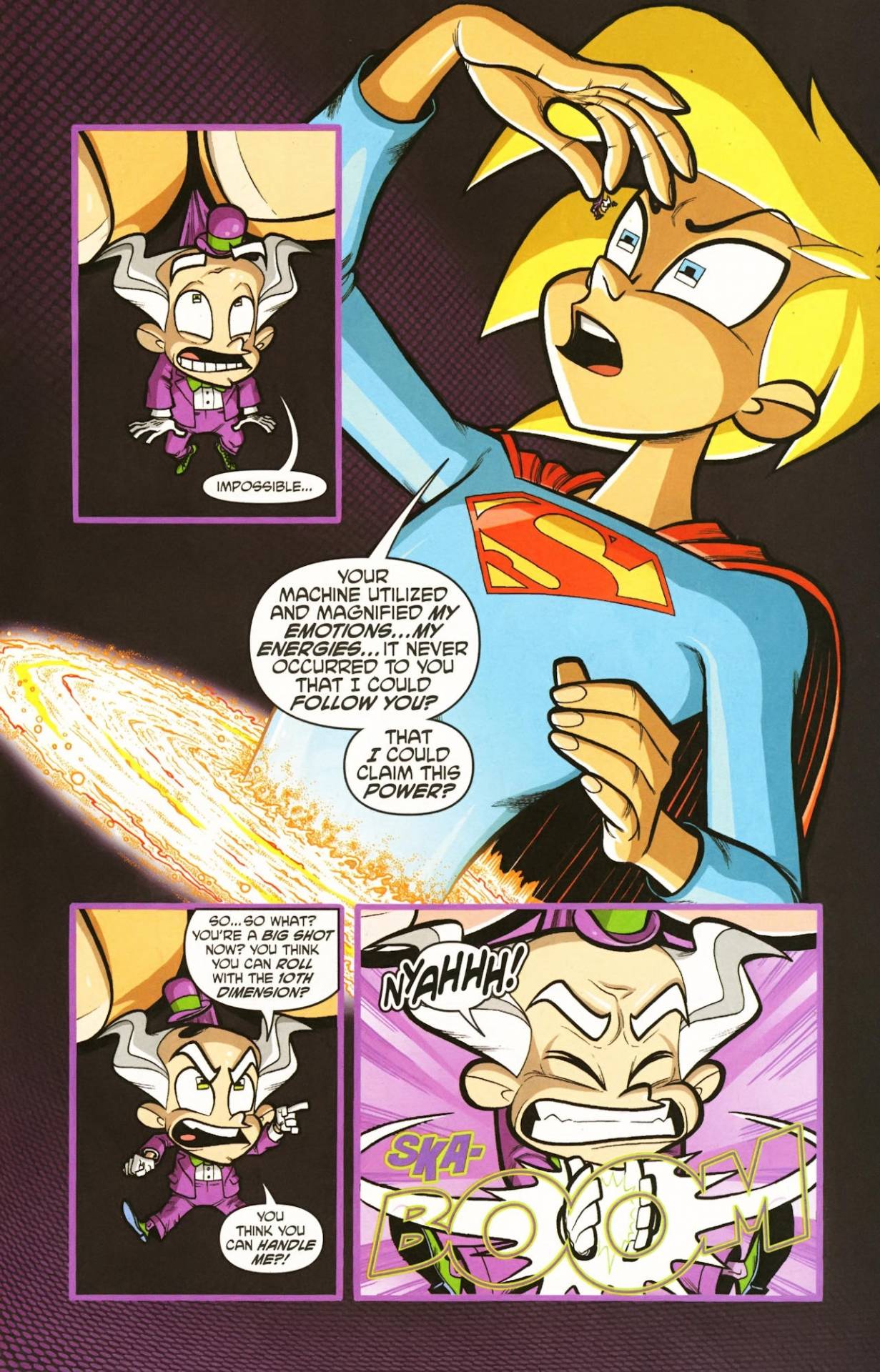 Off to Save the Day… is the sixth and final book of this revision of Supergirl especially designed for a middle-school readership, with a simplified origin and a story that’s outside regular DC continuity.  ‘Graduation Day, Part 2’ continues from Evil in a Skirt. All the seemingly random events of the previous five chapters are now revealed as being one long sequence of manipulation and fifth-dimensional trickery brewed up by one of Superman’s most powerful foes! It’s going to take everything Supergirl has to defeat him, and it may not be enough even with the help of Streaky the supercat and another version of Supergirl – the time-travelling Supragirl, who has come back from the future with Comet the superhorse. There’s also Superior Girl, frozen into a blue crystal statue, and Lena Thorul/Luthor, so angry at being deceived about Linda Lee’s true identity that she intends to destroy her. Meanwhile Lex Luthor and Superman have no idea about what is really behind the mess at Stanhope and are engaged in their own battle.

Writer Landry Q. Walker and artist Eric Jones have used their considerable skills to create a superbly modulated, funny, intelligent and very fast-moving escapade. The three girl protagonists’ marvellously vivid and hilarious personalities, and the 1960s-inspired plotting is a lot of fun as it hurtles to a truly cosmic conclusion, awesome to behold, with an emotional coda that will tug at readers’ heartstrings. This girl-positive title delivers an unsexualised, charming and energetically heroic Supergirl that young readers (and their parents) can relate to without the overwrought or violent content of standard superhero fare. There’s only one thing wrong with this series: there is no more of it.

The hardcover library binding of this thick book disguises the fact it only contains 22 pages of story, plus a glossary of usefully bombastic words. That’s because each volume of this series reprints a single issue from the original comics, an ideal length for young readers. There is also a trade paperback which collects all six issues in a single volume – Supergirl: Cosmic Adventures in the 8th Grade. It’s excellent value at 144 pages for almost the same price.