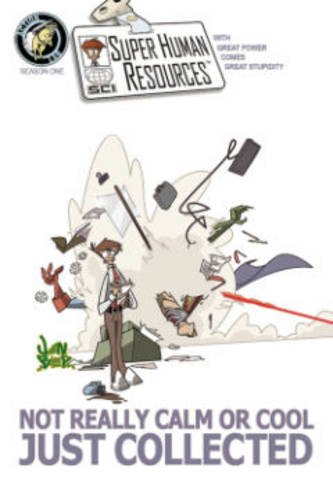 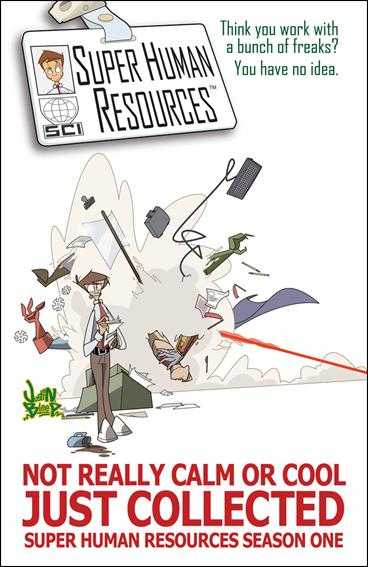 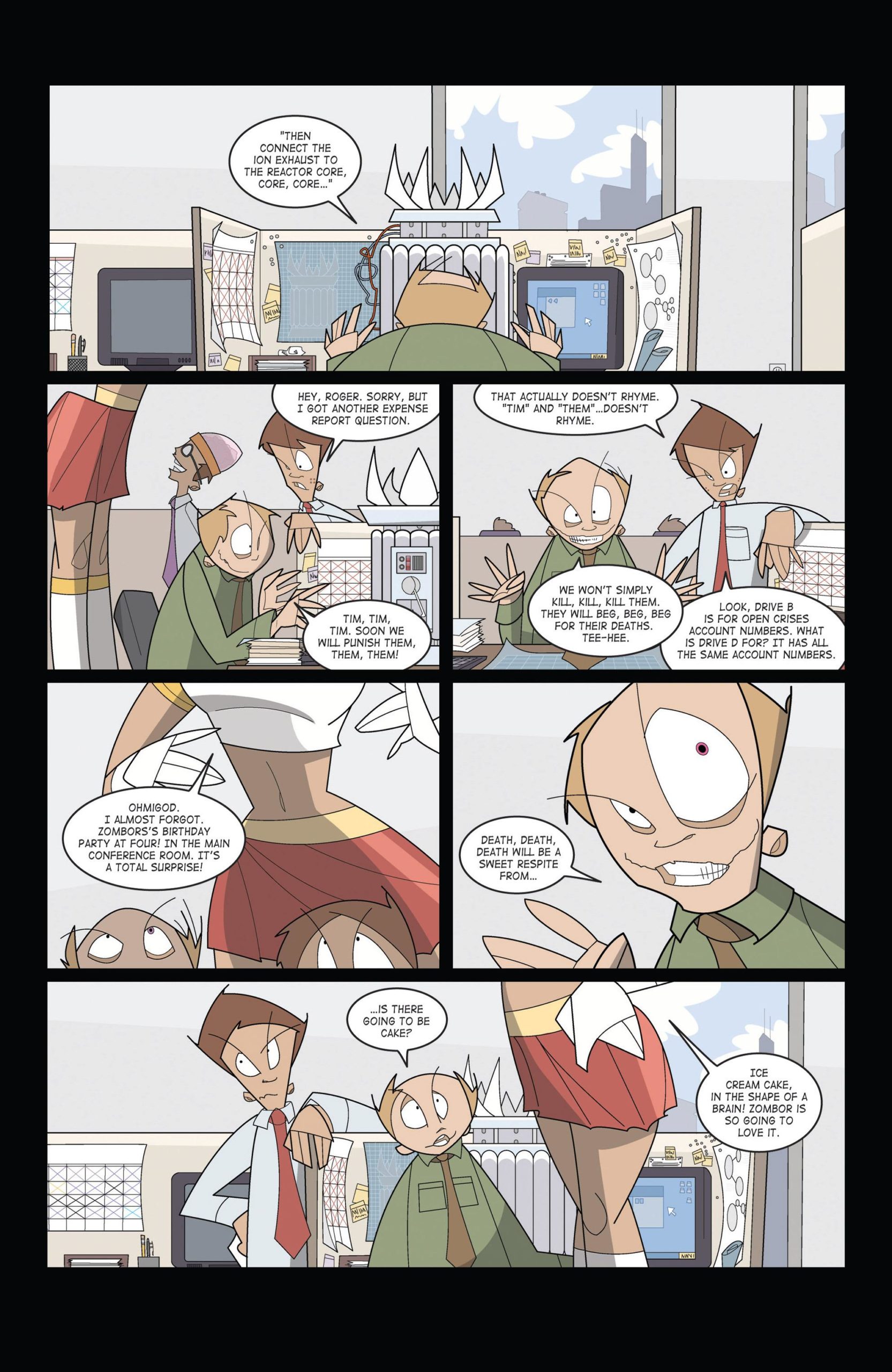 Suppose superheroes had to conform to office regulations, fill in expense slips, and consider their Secret Santa gift for the office party. What it’s like working in the human resource department for the world’s greatest super team? Ensuring the Super Crises Squad can operate at maximum efficiency requires a vast support staff, and on his first day Tim meets assorted robots, a swamp creature, reformed villains, the heroes themselves and the eccentrics he’ll be working with. This is via succession of set-up and punchline gags each over a single page as Tim takes the office tour.

With a wealth of superhero archetypes at his disposal from the dark tortured loner to the all-American patriot, Ken Marcus isn’t short of targets for his jokes. Would you want to be the one to discuss cost overruns with a Batman/Wolverine combination? Or buy the cake for the zombie’s birthday party? There is comedy potential, but it’s never adequately exploited. You’ll want Marcus to come up with a better joke than you could, and all too often the punchline is obvious, or falls flat. What’s a butch superhero going to sing at karaoke? If your first guess is something incredibly slushy, you’d be right. Ongoing plots are introduced, such as no-one believing Tim that his supervisor is constructing a plutonium bomb, and the strange communication between the electrical devices, but instead of working these into a linear narrative they’re occasional interruptions. It takes until the third chapter for Marcus to think beyond a one or two page joke.

If the art were more user friendly then the jokes might work better, but Justin Bleep starts by attempting to avoid all curves, and draws all cast members as if two dimensional constructs operating in a three dimensional world. There’s an all-prevailing flatness to the compositions, people looking perpetually goofy and stoned.

As Marcus and Bleep continue, the format changes slightly from attempts at a daily gag strip when further themes are introduced, such as a lot of characters having to find different jobs, but the jokes remain formulaic until almost the very end. Over the last ten pages Marcus wraps up his plots imaginatively and with a greater injection of humour. He’s aimed for fun all along, but this closing sequence actually has the laughs as well as the intention. If the back cover quotes are truthful, a fair number of people found Super Human Resources far funnier than this reviewer, and humour is subjective, but if sampling keep expectations low.

Season Two followed in 2016, when Action Lab took over the publishing from Ape Entertainment, and reissued this under a revised cover. 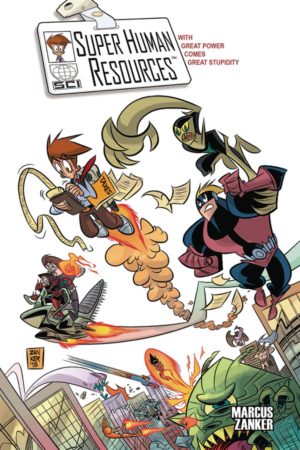