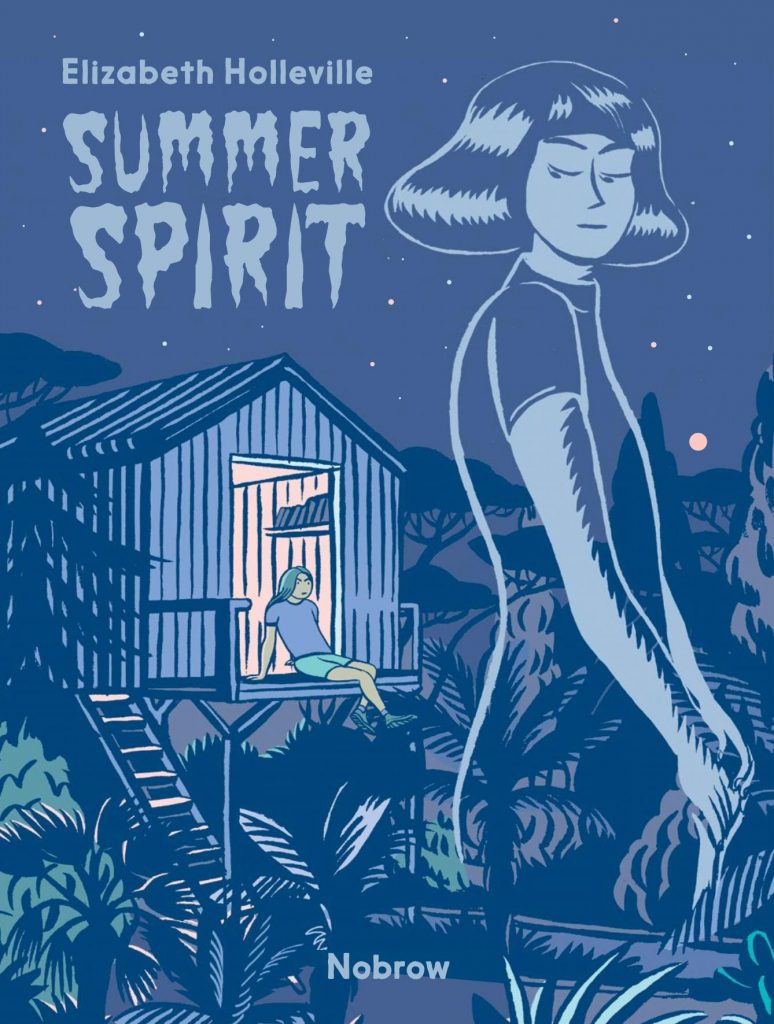 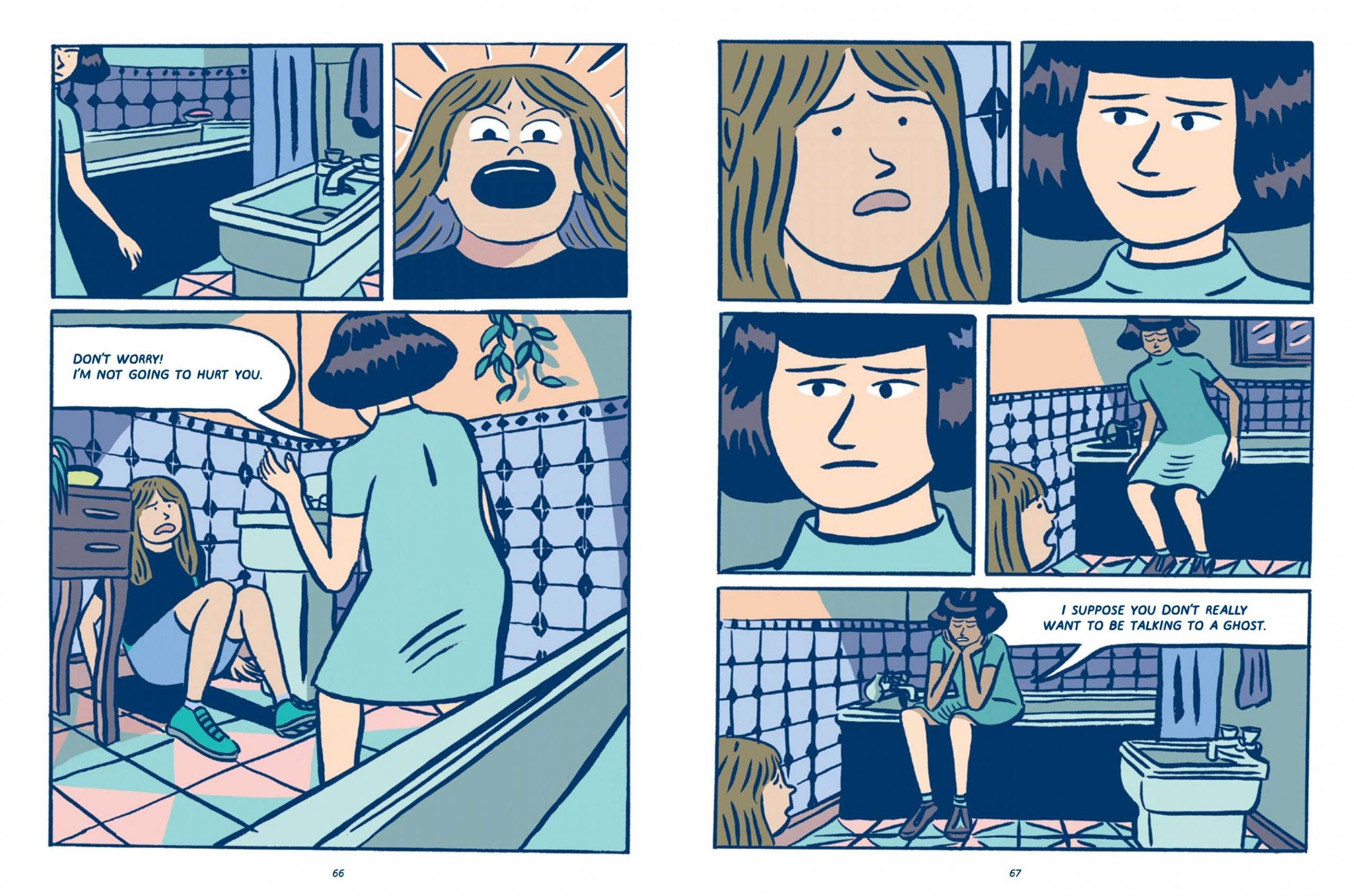 When Louise accompanies her mother on a visit to her grandmother’s house the eccentricity of the wall and table ornaments set a spooky tone, enhanced when her troll disappears overnight and via the ghost stories of her older sister and cousin. Louise is just entering her teens, her interests now considered juvenile by her sister and cousin, so she’s left to her own devices.

The reason Summer Spirit is a such a hefty graphic novel is because Élizabeth Holleville spends a considerable time setting the scene. As her flat drawing style is attractive that’s no great hardship, but as seen on the sample spread, it’s page 66 before the significant appearance of Lisa, the summer spirit of the title. Holleville has prepared this via Louise’s grandmother mentioning the tragedy of her sister, and the family dog constantly barking at something unknown, and also establishes the encroaching senility of Louise’s grandmother.

A gentle, leisurely approach is Holleville’s style, but it’s continued throughout the 246 story pages in attempt to convey the entirety of an extended summer holiday, and this eventually impairs her story. While the cultivation of suspense is an integral narrative device, there are too many repeated scenes, too many of people just lounging about, and scenes not featuring Louise, her grandmother or Lisa don’t have the same depth to them. The sheer length means Holleville has to flesh out the supporting cast, but in places this lacks conviction, whereas the way she progresses the friendship between Lisa and Louise is natural and captivating. Lisa’s capabilities extend beyond those of the usual fictional ghosts as she’s able to solidify at times and possess animals, although her presence is restricted to the boundaries of the family land.

Eventually, though, Summer Spirit just runs its course and falls flat. A few nasty events intrude on the pastoral feeling, and there’s the knowledge that Louise has taken a step into the puberty she’s so uncertain about, but there’s no real resolution, and life moves on. The art is a constant delight, but more attention to the story would have resulted in the potential being achieved.