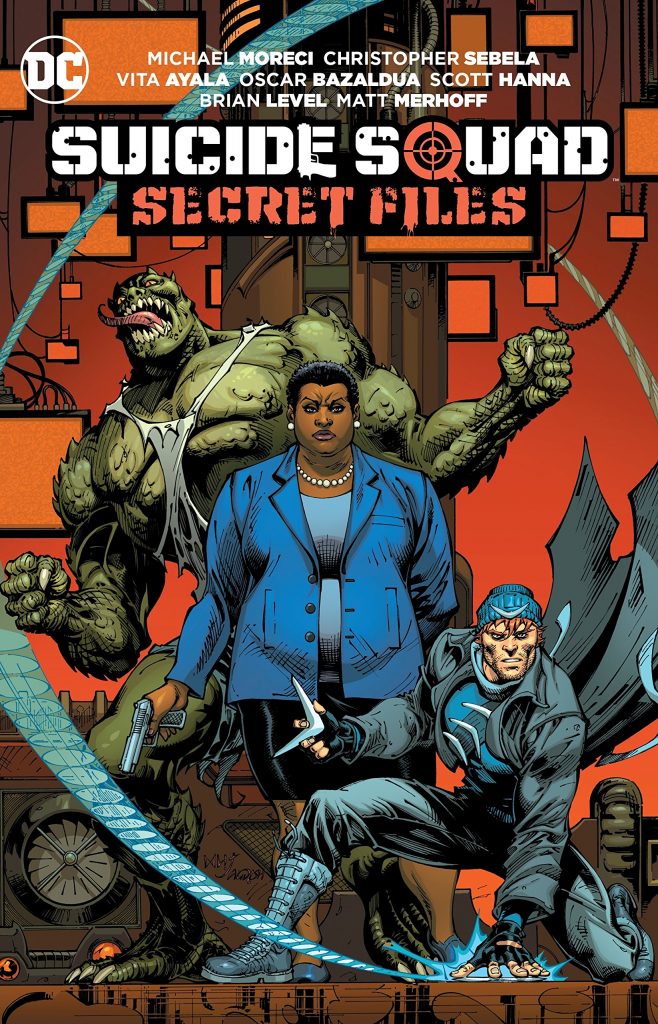 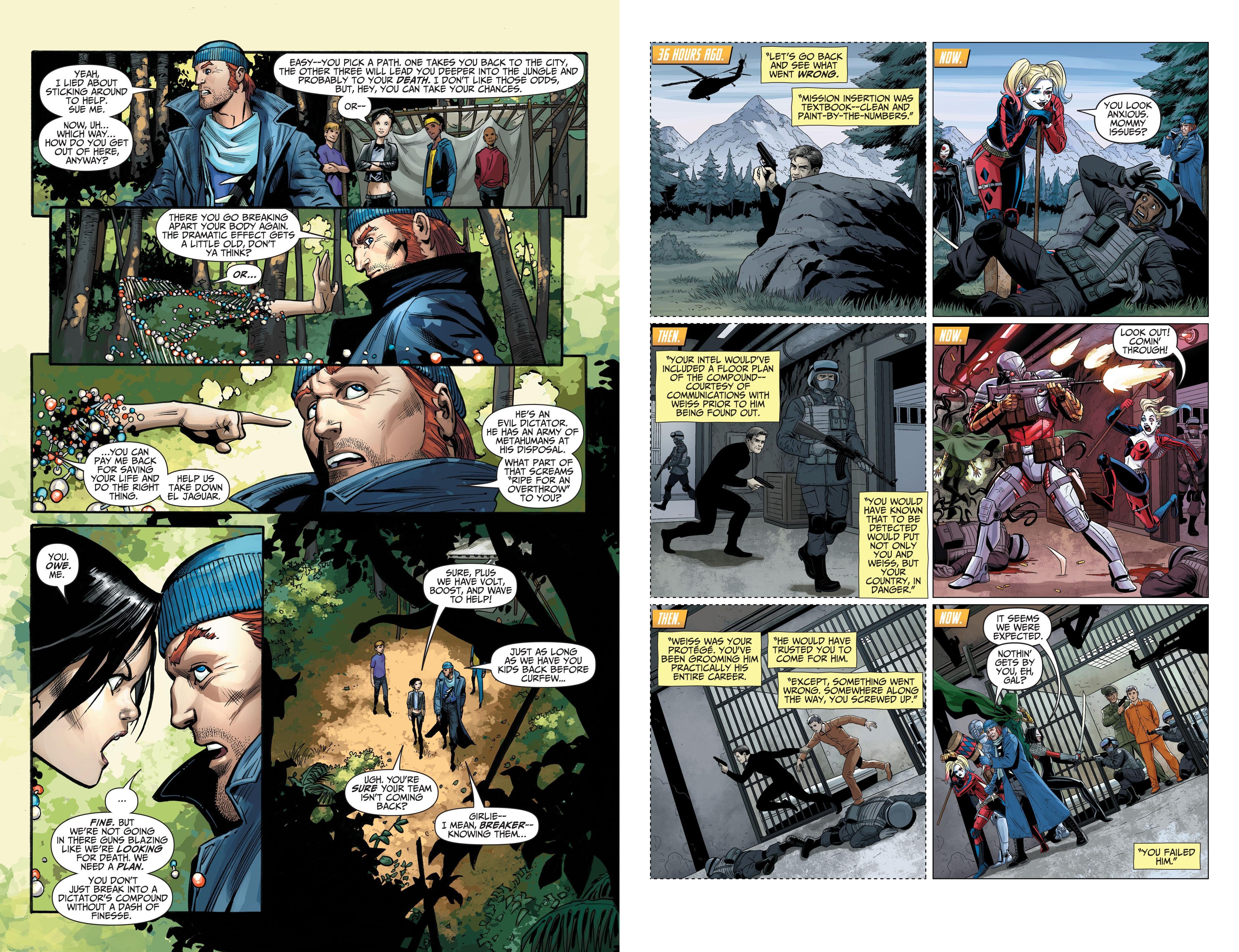 Released to coincide with the 2016 Suicide Squad movie, Secret Files shines the spotlights on Boomerang, Killer Croc and Amanda Waller.

Much of Michael Moreci’s story supposedly starring Boomerang is occupied by other characters, the Suicide Squad without him, and a group of South American teenagers with super powers looking to overthrow a dictator. As that’s also the Squad’s mission there’s some crossover, but the lack of time spent with Boomerang is disappointing. His powers may be ridiculous, but his offensive and cowardly character has propelled him from second rate Flash villain to something altogether more interesting, and we don’t get enough of that. Art by Oscar Bazaldua (sample art left) is effective and emotionally strong, although his Killer Croc is rather the vague lump.

He’s more imaginatively drawn by Brian Level in his own spotlight, but that’s vastly over-written by Christopher Sebela. His plot takes Croc in the right direction by pitching him against a large group of mutated animals, so commenting on Croc’s condition while also providing visually stimulating opponents. However, it’s repetitive, lacking anything beyond the original novelty to fill the pages.

Vita Ayala and Matt Merhoff (sample art right) provide the star turn with their look at Amanda Waller. Ayala’s dialogue could do with a little polishing, but her plot is strong and complex. Waller’s sent the Squad to rectify a military screw up, while dealing with another aspect of it at home. Neither operation goes to plan, and light is shed on Waller’s past in an inventive fashion. Merhoff is also good, varying his layouts, not skimping on the detail and effective when it comes to the story’s emotional drama. It’s head and shoulders above the preceding material.

Secret Files appears to have been tryouts for relatively inexperienced creators, and significantly more in the way of editorial guidance would have resulted in better stories overall. 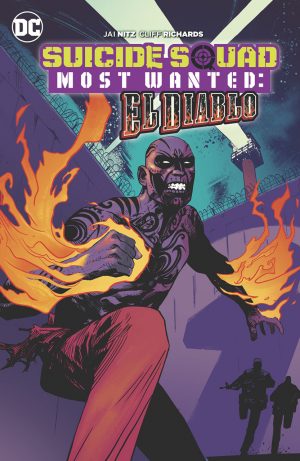