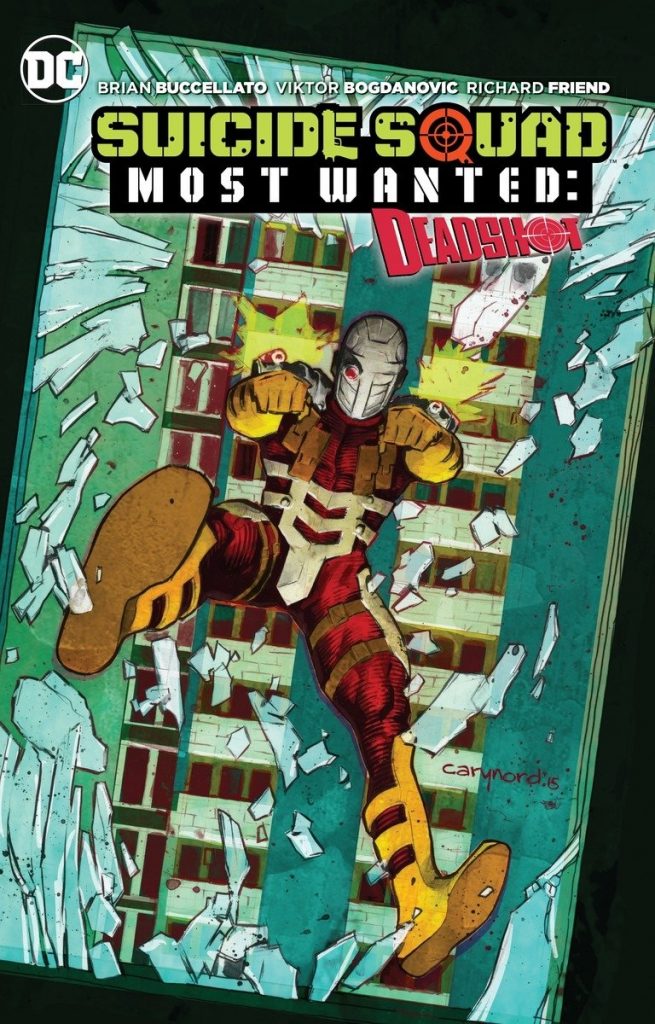 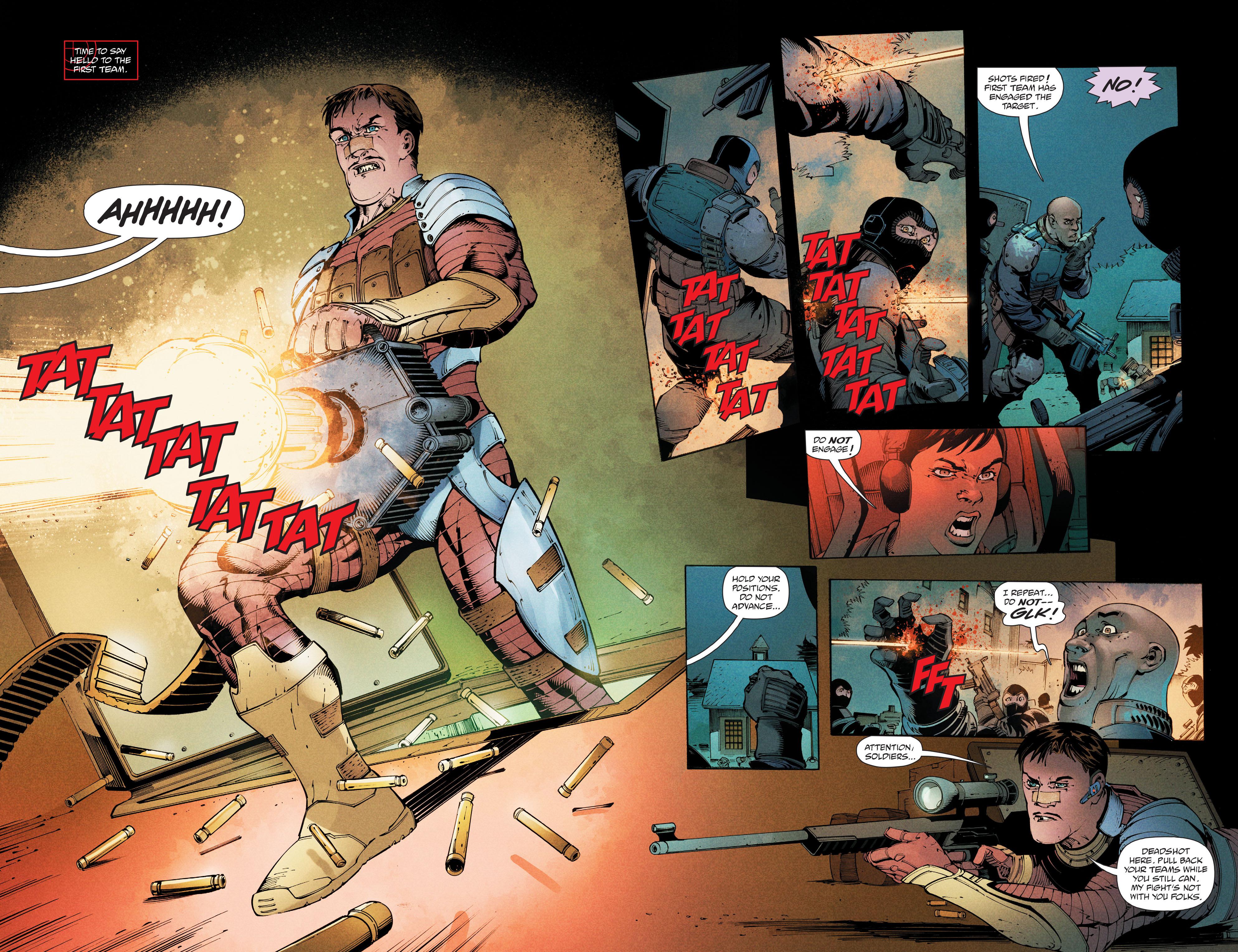 Deadshot’s role on the Suicide Squad is as the team’s assassin, the guy who never misses, but also the strong, silent guy who apparently doesn’t give a toss about anything, including, as we’re told a few times, whether he lives or dies. It’s not a pose, but what would make him that way? What was his upbringing like? Those are the complicated questions Brian Buccellato and Victor Bogdanovic answer in Most Wanted.

Up to a point, anyone who’s followed Suicide Squad long enough already knows some of the answers, since they’ve been revealed in previous Deadshot graphic novels, albeit in stories dating back to the 1980s. It’s known that Floyd Lawton comes from a moneyed family, and that his relationship with his abusive father was a cornerstone in his subsequent career, but Buccellato adds considerably and significantly to the story while retaining the core details and shoring up aspects of Deadshot. His father, for instance, is now established as a major gun collector.

It’s all very effective, thrilling and confounding, while we also have a strong emotional core focussed on the man who sometimes seems without emotions. We get Deadshot versus the Suicide Squad and then another element that would have intrigued far more on the original monthly comic publication than since. It’s now known that Deadshot hasn’t been replaced, but this story’s construction convinces that’s a possibility. The origin that Deadshot’s told people in the past serves a good purpose, this is more of a Suicide Squad story than it may seem in the first place, and even if we know Lawton will be back as Deadshot there are enough other elements supplying the tension as he’s also given a weakness.

Bogdanovic is an artist unafraid of detail. He works with the ridiculously fussy Deadshot costume and as often as not pulls the viewpoint back to show full figures and their surroundings. A final chapter sequence is set in the rain, involving more work, but making it even more thrilling. This is a dark story, so it’s uncertain if a cast that perpetually grimaces is Bodanovic’s default setting, or applied to reflect the plot. It’s a small complaint when weighed against the interesting page layouts and effort he puts in overall.

Despite some online listings indicating Katana’s story is also present, that only applied to the original comic series, and hers is a separate graphic novel under the Most Wanted banner, as is one spotlighting El Diablo.