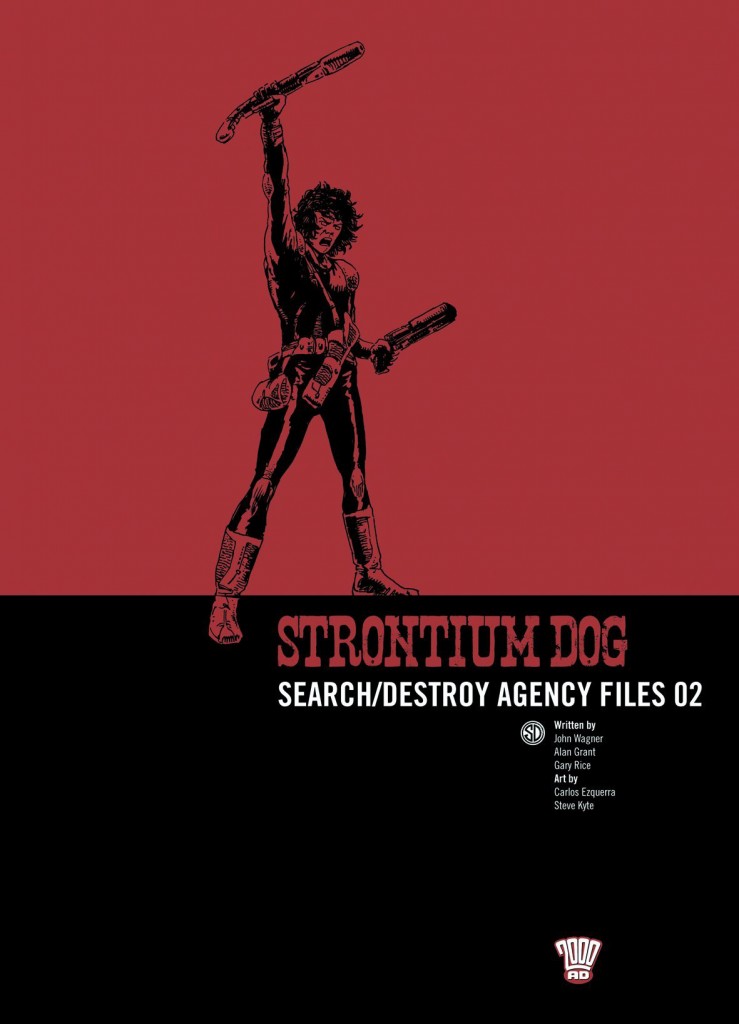 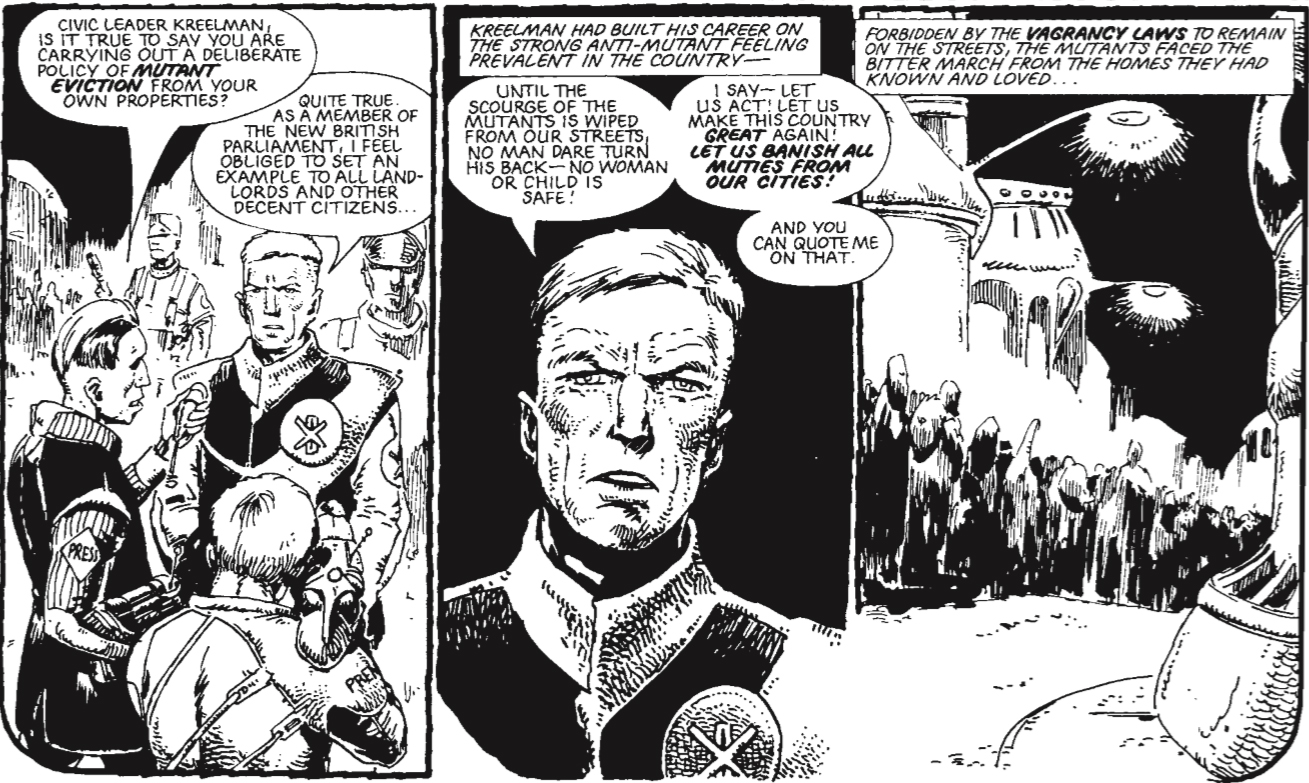 Ignore the credits: John Wagner and Alan Grant write everything together.

This collection opens with the epic (19 parts) ‘Portrait of a Mutant’, in which Johnny Alpha’s origin story is finally revealed. It’s a cracker, and goes a long way to explaining how Alpha would grow to be the stone-cold killer that we know and love. The story doesn’t pull any punches, literally, with scenes of domestic abuse and violence set against a backdrop of rising anti-mutant sentiment that reflects the persecution faced by Jews in Nazi Germany. The rise of right-wing despots, labour camps that morph into death camps, a plucky band of resistance fighters who battle against overwhelming odds, this story has it all, and contains many elements that seem even more timely now than when they were written. The plot satisfies on many levels, although it fizzles out somewhat at the end, being saved only by the framing sequences which bookend the story. Unsurprisingly, and in another steal from Star Wars, it turns out that father issues play a large part in Alpha’s story.

The Gronk is a timid, meat-eating alien that befriended our heroes and died at the end of the story in which he was introduced. Alpha and sidekick Wulf Sternhammer – who wears the original Gronk’s pelt as a mark of respect – soon hooked up with another member of the same race (they all have the same name) and ‘The Gronk Affair’ is a short but grisly tale that has the whole species being threatened by fur trappers.

‘The Kid Knee Caper’ is a straightforward Western with our intrepid trio on the trail of a shape-changing mutant. The next story, ‘The Moses Incident’, is a really grim tale revolving around the death of a child, and a tortured Alpha’s attempt to have him brought back to life by the evil sorcerer Malak Brood. Anyone who’s read (or seen) Stephen King’s Pet Sematary, or W. W. Jacob’s The Monkey’s Paw, will probably be able to guess how that all works out.

‘The Killing’ is a nice palate cleanser after the mental anguish and moral ambiguities of the previous story. It’s a great, though simple, idea: Johnny and Wulf enter a game in which all contestants have to kill each other. Almost every participant is a wanted criminal, and our intrepid bounty hunters go through them, over the course of ten lively chapters, like fat through a goose.

‘Outlaw!’ is the longest story in the collection, at 23 parts. It’s basically Portrait of a Mutant part two, with many of the old team reunited for a story that sees a return to the guerrilla warfare and political machinations of that story. Stix, just like the Gronk, had been introduced and killed in the very same story. Here it’s his twin brothers (who handily look and act exactly like their dead brother) pitted against Johnny and Wulf. There are a never-ending amount of Stix’s: in recent strips it’s a cousin working alongside Alpha.

With the exception of one unremarkable Annual story by Steve Kyte, Carlos Ezquerra is responsible for drawing all the stories in this collection (which also includes a covers gallery). Although his work can often look rushed, there’s no denying that he totally owns this character, and his bold layouts are never at the expense of clear storytelling. Everyone’s settled in nicely and this is a good, solid bunch of stories that were easily able to hold their own at a time when 2000 AD was enjoying its golden age.