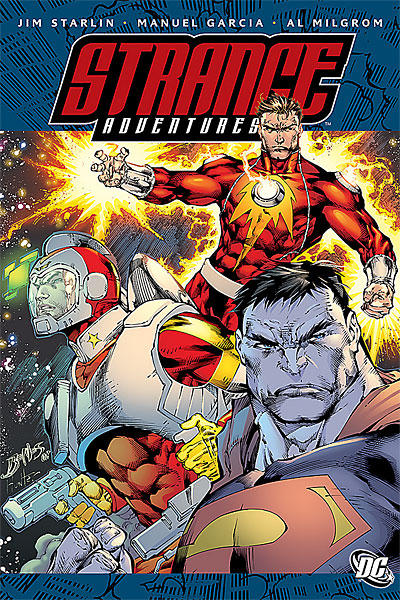 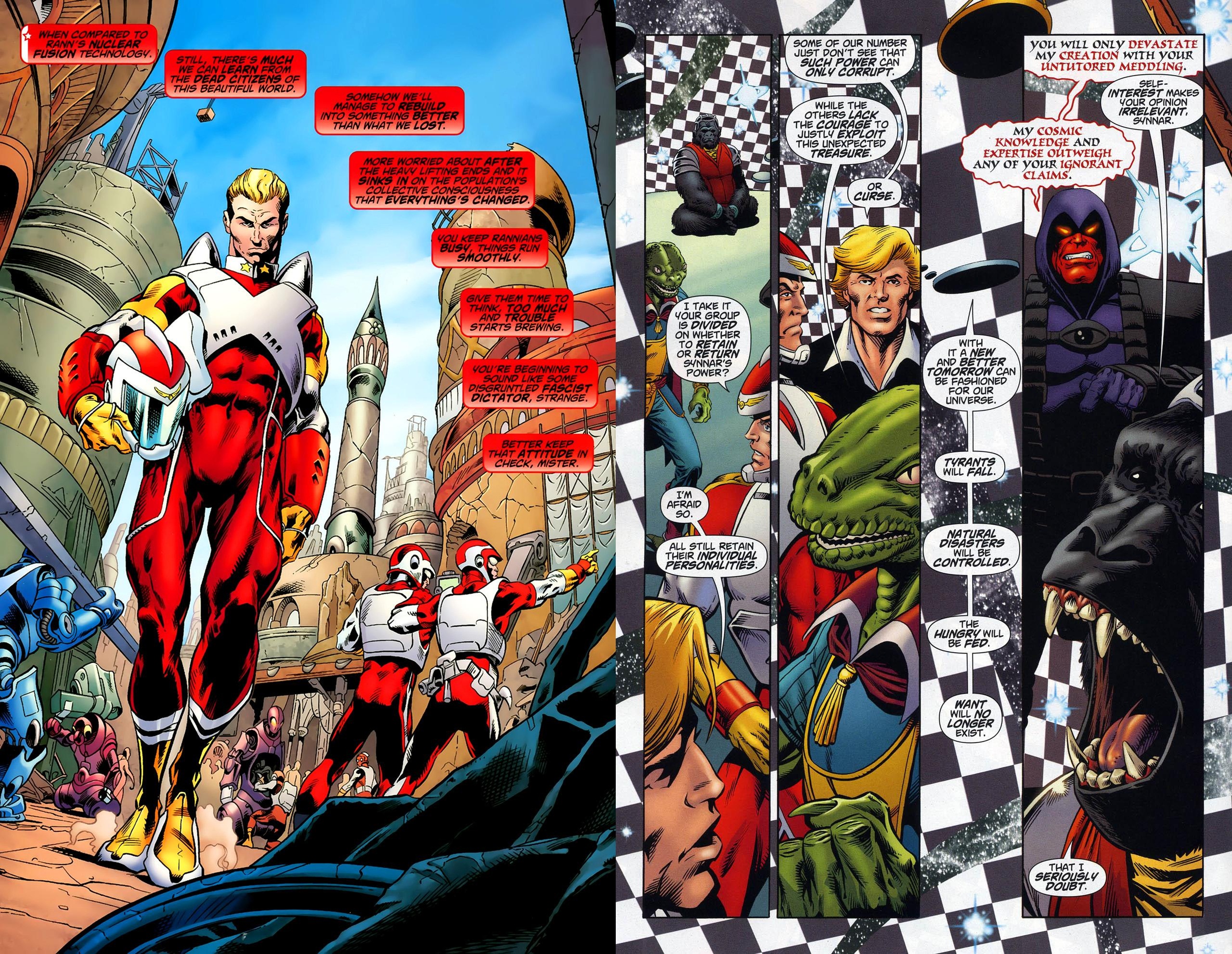 Jim Starlin followed the events of the Rann Thanagar War by continuing a focus on some DC heroes not shackled to Earth, and it’s some statement of intent to begin by having Adam Strange destroy what’s left of his devastated adoptive home world. The refugee citizens of Rann have been given a new home, and a nice touch is Strange retrieving his daughter’s favourite cuddly toy before departure. He’s also the only person noticing stars disappearing and maps automatically realigning to reflect this so no-one else suspects.

That’s the simple part. Strange Adventures unites characters who’ve previously known each other, and whose circumstances have drastically changed in some cases. If you’ve not followed earlier stories it rapidly becomes confusing at the start. We’re introduced to characters such as Synnar and Weird, who update on what’s happened to them, but without knowing them it’s a struggle to care to begin with, although an alien in the form of a giant bulldog has an instant appeal. By the end of the third chapter, though, almost everything’s dropped into place and Strange Adventures takes off. It’s a motley bunch of united heroes actually having to help the planet-destroying villain to ensure a future for all of us.

Starlin’s gone back to his old Warlock catalogue for one aspect of his menace, and the way Manuel Garcia draws a simple disembodied angry face among the stars is a nice piece of nostalgia. He’s good with much else also, but with a Starlin cosmic epic we really want Starlin art as well, and don’t get that until the end.

After Starlin using the opening chapters to throw the audience in at the deep end he really needed something good to make it worthwhile, and never quite pulls it off. There are some nice insights into the cast, Synnar’s comments to Prince Gavyn hitting home, and the surreality of a chapter Starlin draws raises smiles, but there’s the definite sniff of padding over eight episodes. Prime candidate is a series of trivial back-up adventures starring Bizarro, and drawn by Starlin, Rafael Albuquerque, Michael Shoyket, and Scott McDaniel. Bizarro is prominent on the cover, but it’s only in the final chapter that his adventures intersect with the main cast, and then not very satisfactorily. Starlin spends a lot of time having one cast member manipulate the rest, and at the end there’s a casualty and another transformation, neither of which convinces as anything other than sensationalism for the sake of it.

By that end there’s been an adventure that only rarely sparks into life, and the feeling that it was all intended as a prologue for some later story that never manifested. There are moments, but not enough of them, and as such Strange Adventures is a strange lapse in the Starlin catalogue. 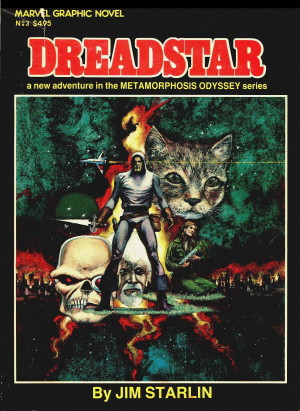