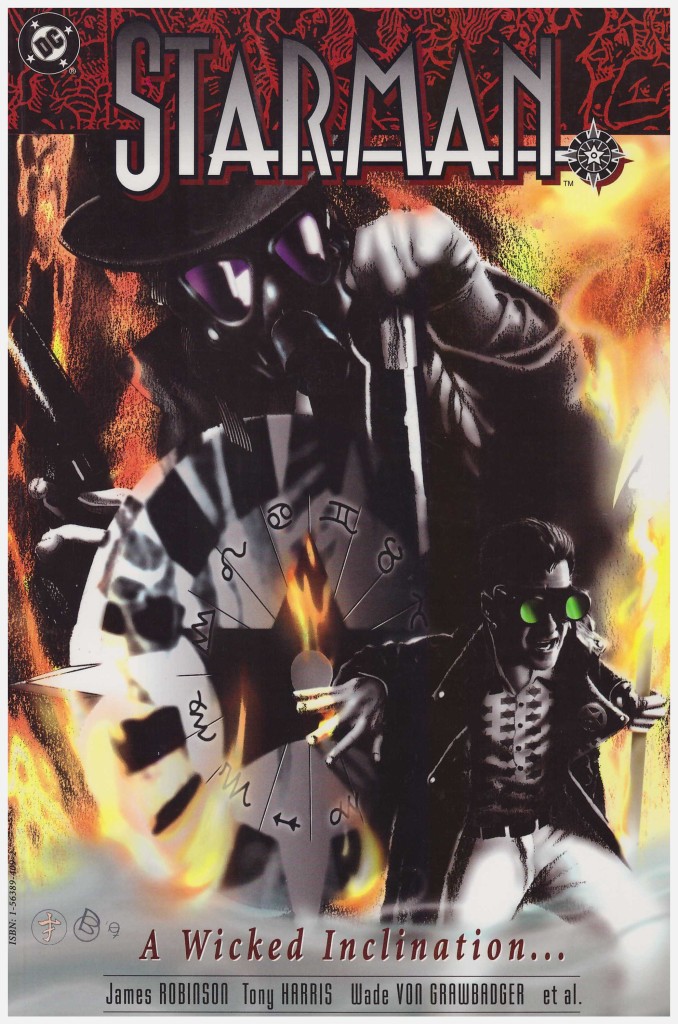 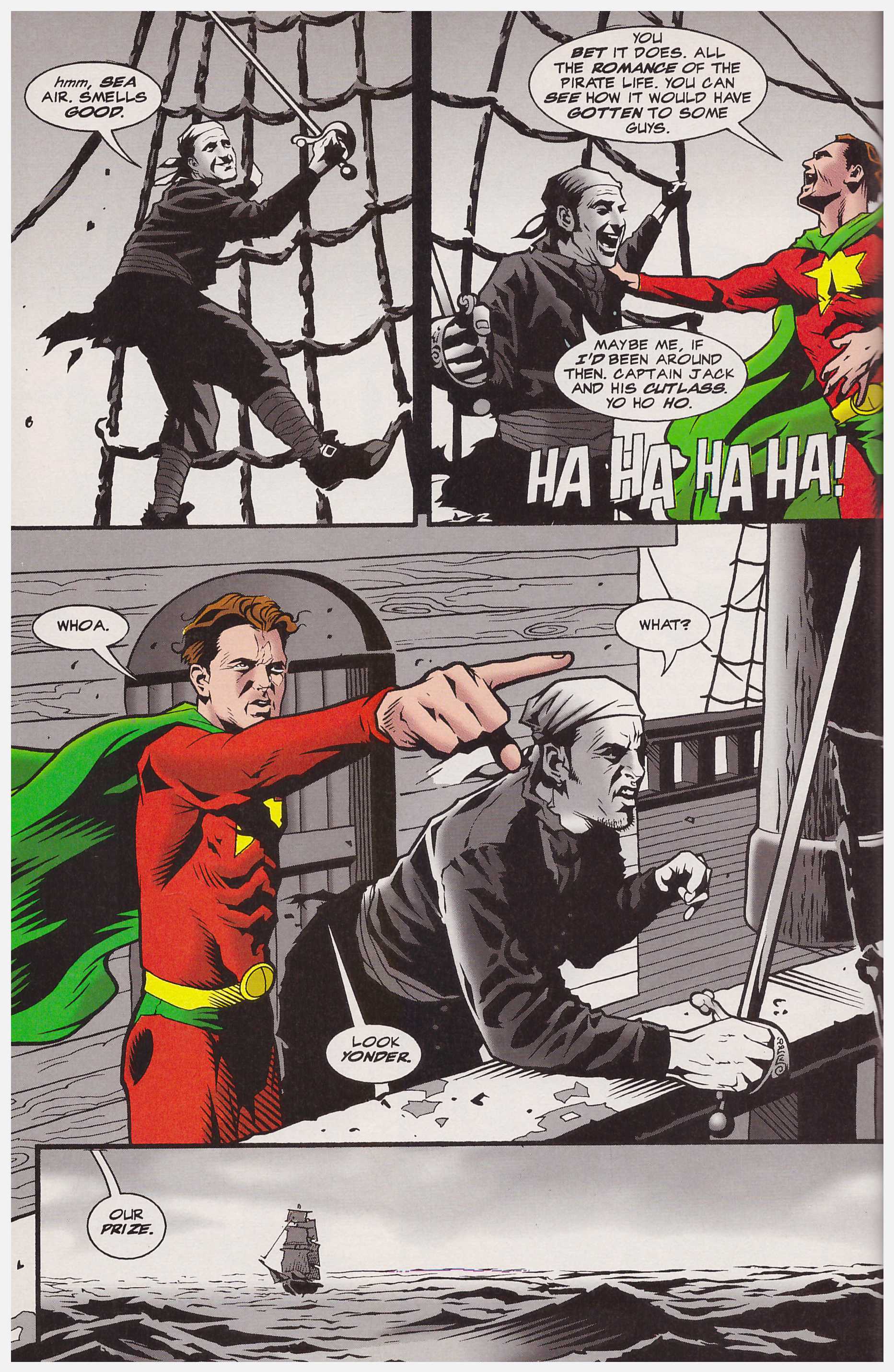 It’s with A Wicked Inclination that Starman shifts into high gear. This is a thick collection of varied stories showcasing an ambition for what can be told in ongoing monthly comics. In the previous Night and Day James Robinson introduced the technique of starting a story, escalating to a cliffhanger, then moving off elsewhere, yet rapidly dissipating the annoyance and frustration by sucking you into that story as well. It’s a ploy that’s repeated several times here, but always with a fullsome reward.

Over the two previous books the Mist, in two different incarnations, has prodded Jack Knight into action as Starman, and while not as direct, the Mist motivates again here. Jack has learned that the old criminal once lost an object of great personal value, and decides to find it. The resulting trail winds in many directions, not least to the home of Dian Belmont and Wesley Dodds. She’s an exalted writer, and among Jack’s favourites, and he was one of the earliest costumed crime fighters as the Sandman. As they’re both now pensioners it’s not the standard team-up, but one that exhilarates and seduces, and was considered good enough to win an Eisner Award. As a bonus there are pages set in the 1940s when the original Starman teams up with Sandman, drawn by Guy Davis, the regular artist of Wesley Dodds’ period adventures in Sandman Mystery Theatre. There’s also quite the surprising coda with the Mist.

The past has a greater resonance as some haunted posters come to the fore, investigated by the Shade, and leading to somewhere extremely sinister, and as Robinson weaves some of DC’s more obscure historical characters into the series. The Black Pirate has a fine cameo in the present day to begin the book, and there’s to be a place for the Western-era Scalphunter also as one of the supporting cast has a revelation. So does Jack, courtesy of Charity, who can foretell the future. It’s Robinson’s way of dropping oblique hints about forthcoming stories he has planned, and however unlikely they may seem, they come to pass.

Everything here is also available in the second Starman Omnibus, and the next collection is Times Past, which is entirely standalone material, although elements have a wider relevance. The continuity picks up again in Infernal Devices.