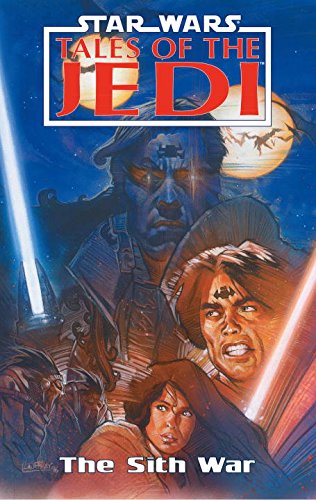 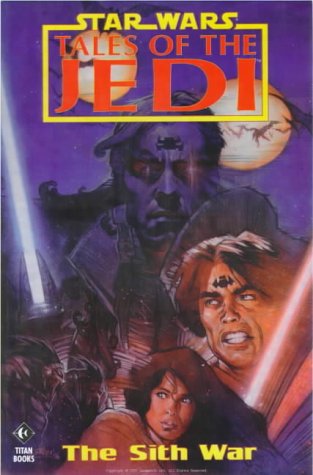 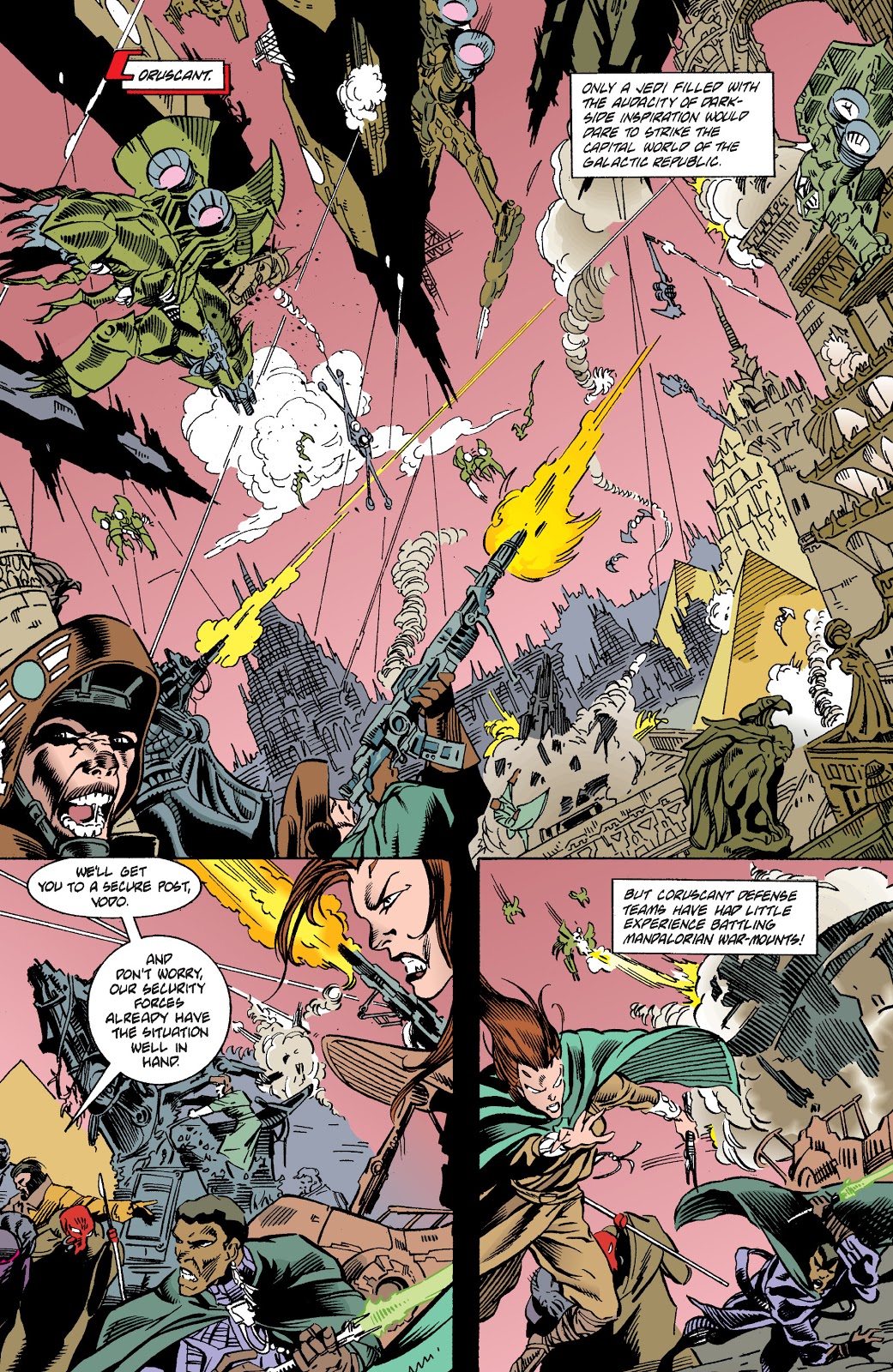 Both Exar Kun and Ulic Qel Droma were Jedis who began with good intentions, but both revealed personality flaws that drew them to the dark side when tempted. Naked ambition meant Exar fell more easily than Ulic, who convinced himself his dalliance was an undercover operation, yet he became ever more compromised during Dark Lords of the Sith. Ultimately the pair joined forces, and during The Sith War each faces a new challenge. Exar is extremely persuasive, convincing several of his fellow Jedi trainees that he’s uncovered secrets suppressed by their masters, while not disclosing why they’ve been suppressed, while Ulic is challenged by a warlord named Mandalore.

Writer Kevin J. Anderson uses a lot of planets and races who’d play a part in later Star Wars continuity as he has his villains consolidate power. As before, he plays fast and loose with the energies the Jedi command, an inconsistency about when they’re powerful and when they’re taken by surprise, and it’s a disappointment in what’s otherwise an accurate reflection of the movie Star Wars stories of the 1970s and 1980s. However, it’s not the only disappointment. As has been the case for most artists used on this Tales of the Jedi series, Dario Carrasco loves designing spacecraft and drawing space battles, but so much of his effort is applied on those scenes that the basic conversations and combat between people has a dashed off and crowded look. Many of his craft are designed to appear more organic, and that’s a nice contrast to the cold, hard look, but not enough to compensate for the stilted and messy looking panels elsewhere and a constant failure to sell the important moments. One sequence has the core of a planet torn away, exploding through space, and thrown at pursuing craft. It should be a spectacular image, but Carrasco’s depiction is feeble, and defines his lack of imagination. It’s strange, as his work on The Golden Age of the Sith is far, far better.

Plot and counter-plot occur throughout, and Anderson’s good at ensuring there’s a form of closure for most of a broad cast. Some will progress to the epilogue, but others won’t, and a touching farewell from one Jedi master to another is a scene Carrasco supplies with the appropriate atmosphere. Sadly, a plot that’s been built over five graphic novels, and largely concluding here calls for some subtlety, but is reduced to melodrama by Carrasco over other closing sequences.

The Sith War is also collected in the second volume of Dark Horse’s Tales of the Jedi Omnibus, where it’s combined with the series epilogue Redemption.