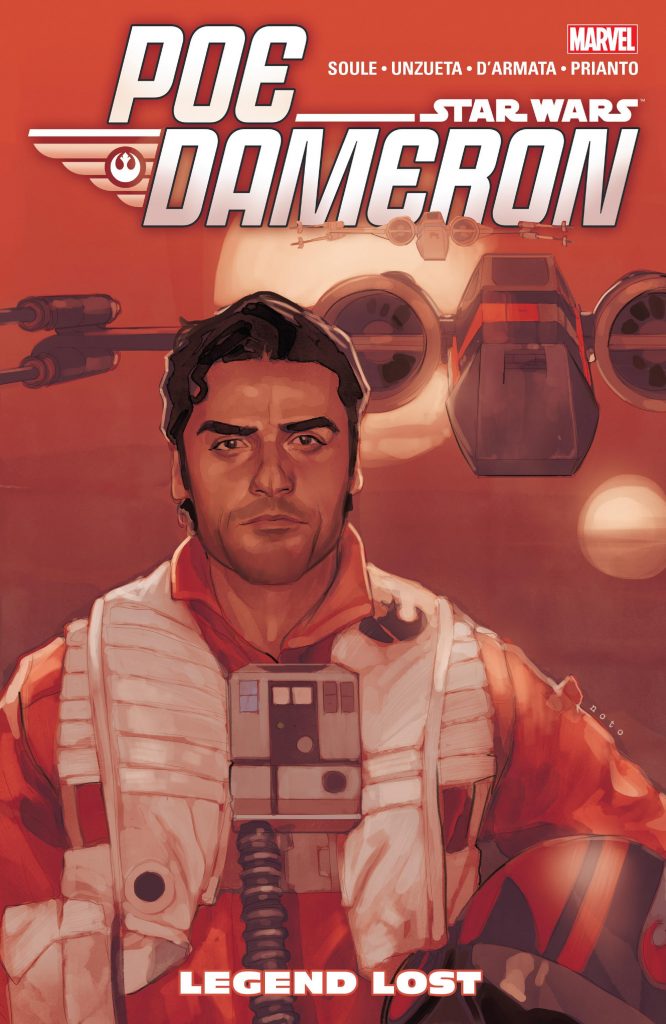 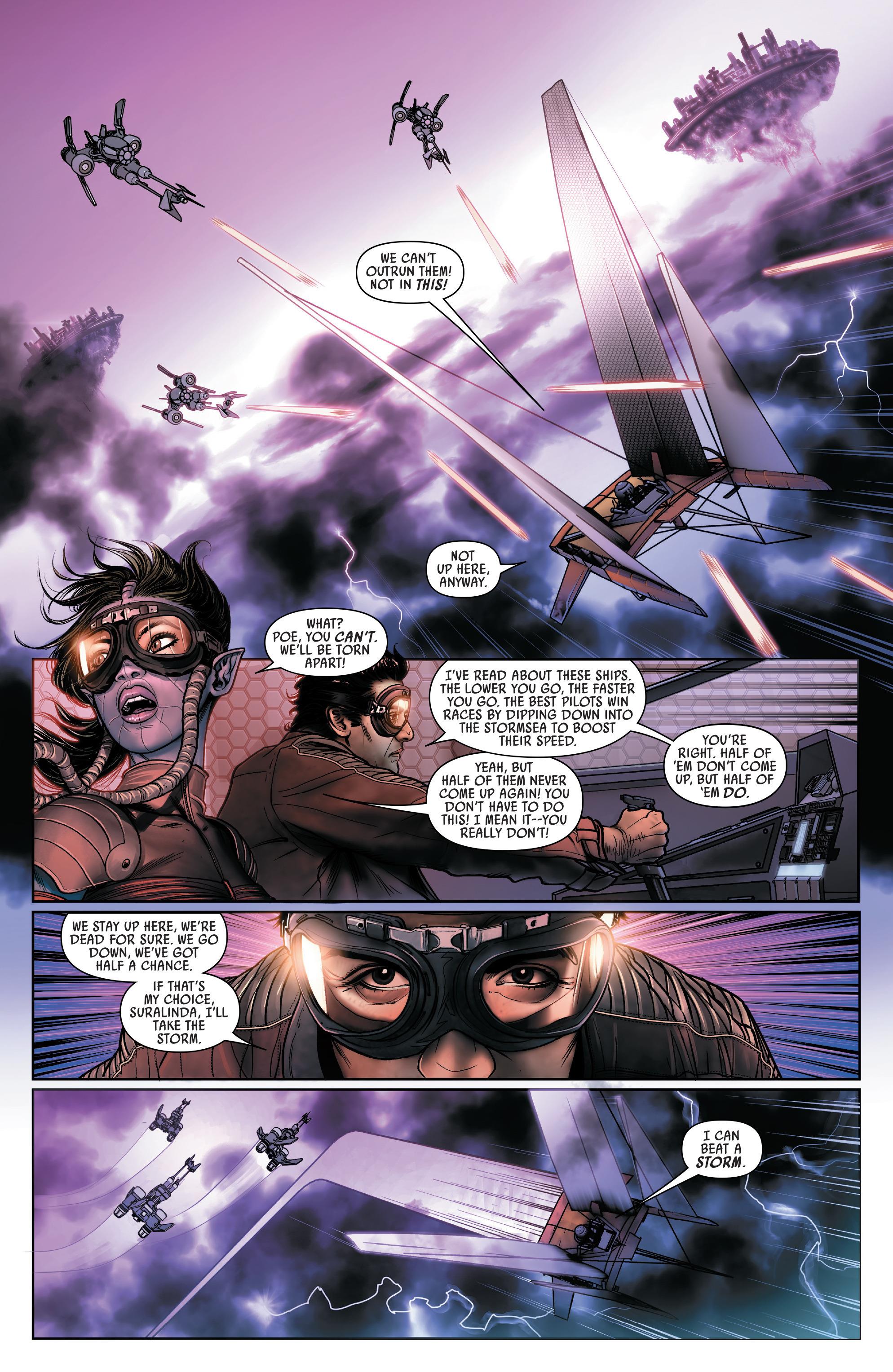 The Resistance is running low on supplies, without which they can’t operate. Almost all General Leia Organa’s underworld suppliers have mysteriously disappeared and lost contact. With one contact left she sends Poe Dameron and the Black Squadron to acquire much needed fuel. Now all Leia has to worry about is finding money for the cause. Poe has an old friend who is willing to help but can an ambitious journalist be trusted? Of course the First Order remains a problem. Captain Phasma has found a unique way to access all the secrets in Agent Terex’s head and bring him into line. And there’s also the little problem of Oddy Muva. The talented star-fighter tech disappeared after the events of The Gathering Storm. He has some explaining to do, especially to Poe. But the First Order has sent the fanatical Malarus and Terex to retrieve Oddy and eliminate Black Squadron. It’s a race against time and Malarus doesn’t like losing.

An appealing quality of the Star Wars franchise is its recurring themes of heroism and self sacrifice. Sure the epic space battles and cool aliens are awesome too. They fuel the imagination, but people giving their lives for their friends? Standing up to injustice? That captures it and burrows deep into the human psyche. Charles Soule’s plots deliver this in essence, weaving his story to and fro across books.

Soule ties up loose ends with panache, setting up new directions in the process, and provides his cast with an emotional depth. Thanks to artist Angel Unzueta it’s visible on the page, but unfortunately veers toward the sentimental. While Phil Noto’s art in volumes 1-2 was a visual treat, it lacked emotion where it counted. Unzueta changes that right away, facial features bursting with expressions, and while Poe no longer resembles actor Oscar Isaac so much, his gestures and postures (and those of other characters) are more authentic. Unzueta’s aliens are also impressive, the action dynamic, spacecraft zoom all over the place, and his landscapes are fantastic, reflections of asteroids in visors with asteroids smashing. Unzueta plays with photo-realism and it works more often than not, matched with good panel layouts and excellently devised tech. There is, however, very little variation, causing it to lose appeal over an entire book. At some points his work is redolent of those photo-frame stories from 1980s fashion mags. That spoils the experience somewhat, but Unzueto keeps the story well on course, working best on the emotional aspects, supporting Soule’s plot well.

Legend Lost is heartfelt, fun, entertaining and honest. It’s straightforward, but entertaining, and knows what it is and embraces it. It’s everything you expect from Star Wars and you can’t possibly go wrong with that. Legend Found is next.