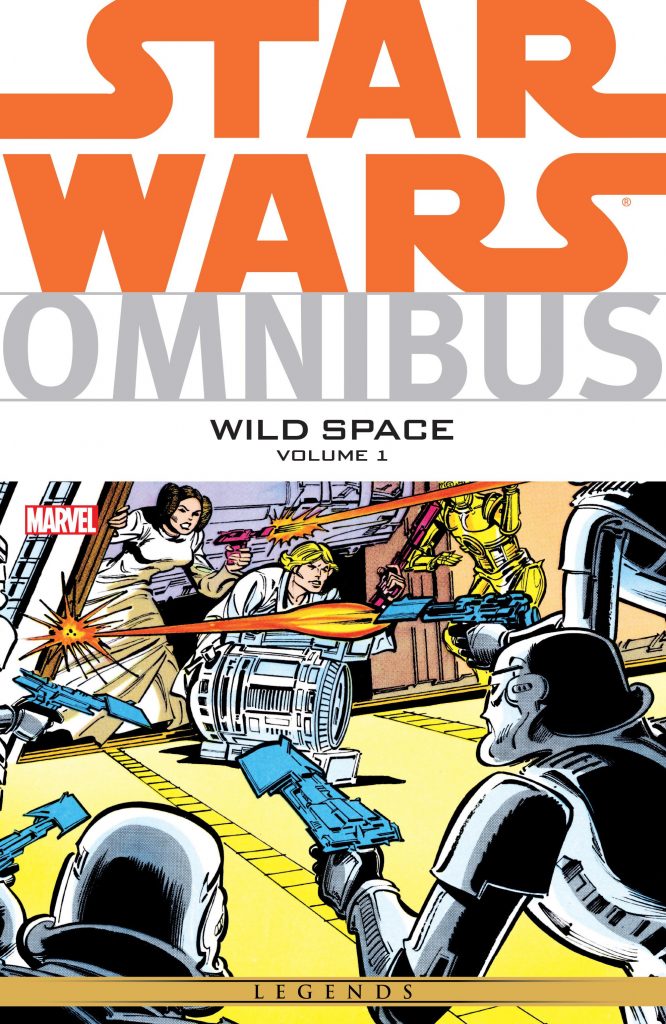 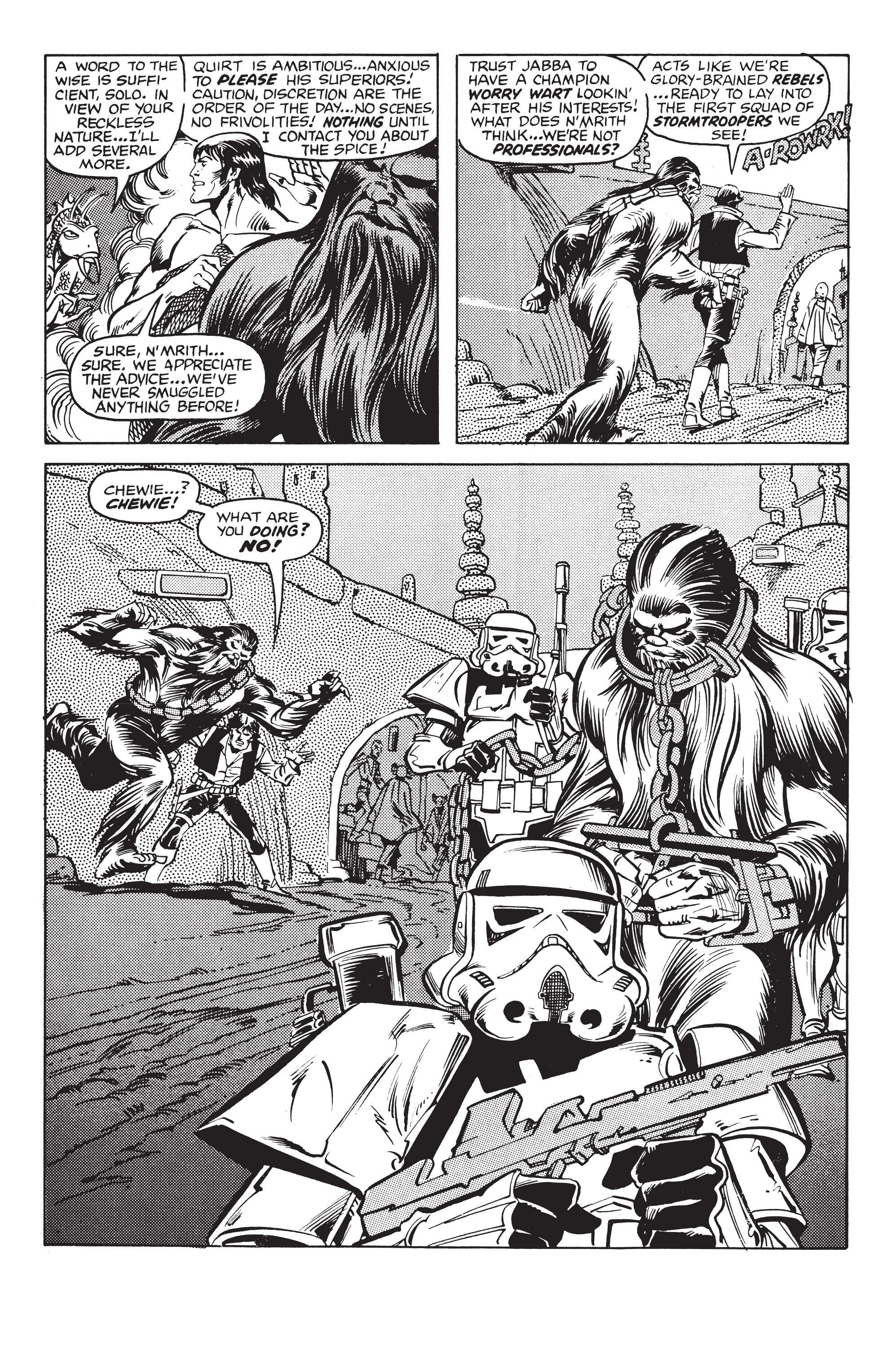 For Star Wars fans, the allure of Wild Space is rare material not seen since its original printing in the late 1970s and early 1980s, a lot from Marvel’s UK title, which featured original stories unseen in the USA at the time. As almost all this material predates the 1980 release of The Empire Strikes Back, and the creators were given a relatively free hand, several stories feature elements later contradicted by official canon.

Roy Thomas and Howard Chaykin kick off proceedings, and while they will forever have produced the first Star Wars comics, this tale is hamstrung by being published three pages at a time, and by Thomas’ odd decision to involve, in effect, superheroes. Archie Goodwin’s experience in pacing newspaper strips improves subsequent episodes, during which the strip looks better, first for Tony DeZuniga moving from inker to penciller, then for Walt Simonson’s involvement, followed by Dave Cockrum’s enthusiasm. The printing of a rushed conclusion was UK only.

In 1979 Marvel’s US office began producing new stories for the UK, with Goodwin, then Chris Claremont writing now five page episodes, mostly drawn by Carmine Infantino (sample page), with a distinct variance to his art. He enjoys the technical pages far better than the likenesses of actors, with his Leia particularly odd, but a couple of fantastic cityscapes recall the Infantino of the 1960s. Goodwin supplies the best plots, Claremont’s more introspective work dated by too many thought balloons, and not as elegant, and it’s difficult to imagine, even in 1979 a character referring to another as a “nitwit”. There’s little emphasis on use of the Force, with pulp adventure the order of the day.

Just before the halfway point is the first original British material, by Steve Moore and John Stokes, which has a darkness missing in much of the earlier stories, and is better for this. ‘Devilworlds’ was the name applied to the colour versions of other British-produced stories, concentrating on the work of Alan Moore and Alan Davis, although not always together. Steve Moore also writes, and Stokes illustrates, and at this stage in their respective careers they’re more interesting than their less experienced, but later better known, collaborators. Steve Moore’s stories are straightforward and imaginative, while Alan Moore’s are over-written and predictable tales. Steve Parkhouse is strangely uncredited for the neat ‘Flight of the Falcon’ in nowhere near his usual style, as are Moore (A) and Adolfo Buyla for ‘The Pandora Effect’, which seems to be Moore’s Star Trek homage. Moore’s best is ‘Tillony Throws a Shape’ for its sheer weirdness, and some great Stokes art.

Lack of credits also afflicts the first of three two dimensional black and white renditions of what were originally 3-D comics, but they’re ordinary. Len Wein recycles the locations from the early Star Wars films in predictable plots with average art from Glen Johnson. Patrick Zircher, very early in his career is much better for Wein’s second plot, also derivative. The Star Wars Kids material by Ryder Windham (also good on the later ‘Droids’) and Gary Erskine is fun, and better than the following tale by Mike W. Barr, which depends on the unlikely scenario of Leia not trusting her colleagues, but Ken Steacy’s art is nice. Two Shadows of the Empire minicomics add nothing to the original, and Robert Rath’s closing Lando story looks plain ugly.

It may be otherwise unavailable, but despite some very well known creators on display, very little of this content is memorable. Plenty of Star Wars graphic novels are better worth your money (see recommendations below). 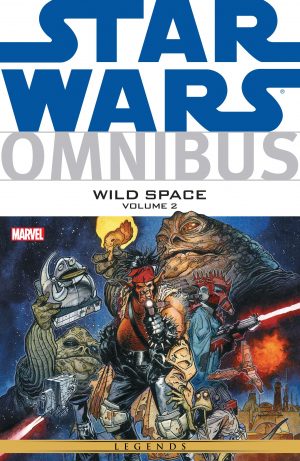