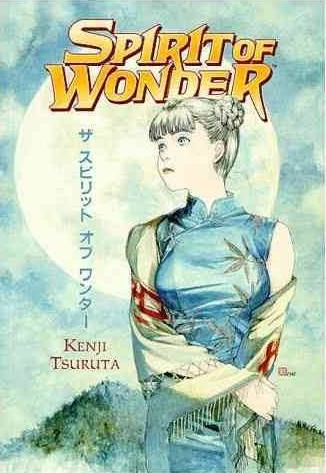 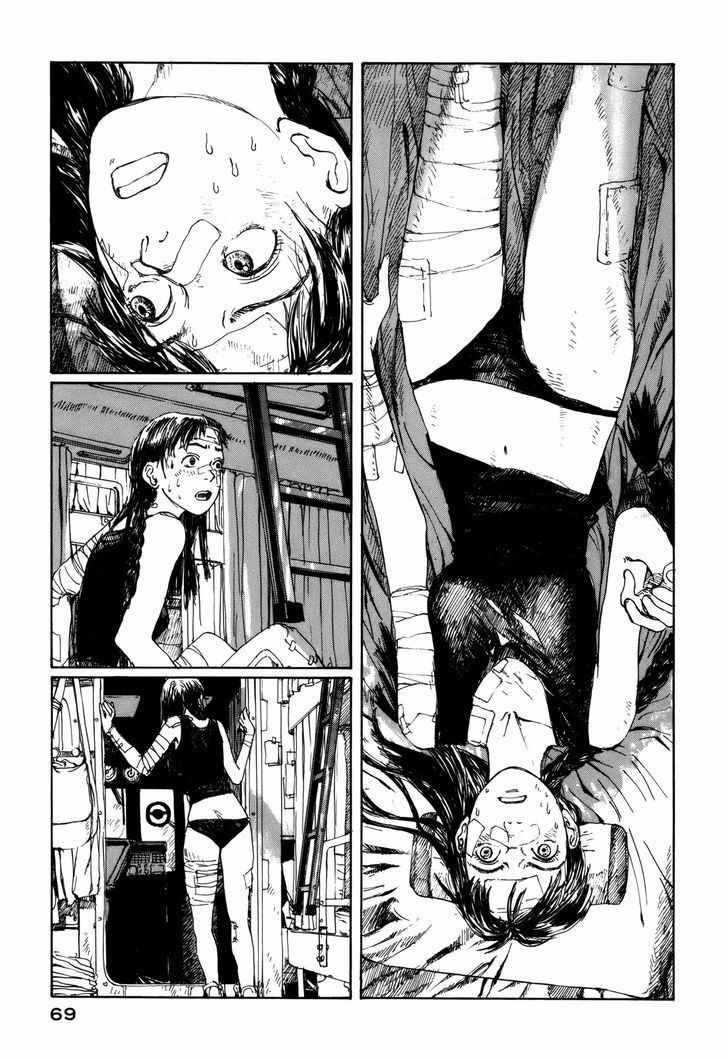 Despite carrying all the trappings of a blistering science fiction comedy romp, acclaimed author/illustrator Kenji Tsuruta’s beguiling fantasy Spirit of Wonder is a sweet romantic comedy with genteel, anything is possible sentimental yearning as the driving force.

A lifelong fan of “hard science” science fiction authors like Robert A. Heinlein and the comics of Tetsuya Chiba and Yukinobu (Saber Tiger) Hoshino, Tsuruta began selling his own works in 1986 after years of producing self-published dōjinshi whilst working as an assistant to established manga stars. Spirit of Wonder was his first major success.

In a comfortable faux-Victorian milieu, the exotic immigrant Lady China runs the Ten-Kai Tavern in the sleepy yet cosmopolitan port-town of Bristol. The generally peaceful burg hardly ever-changes, but China’s life is one of constant struggle to make a comfortable living, especially as she rents her upstairs rooms to a couple of crackpot deadbeats who continually mess up the place with their idiotic contraptions and persistently fail to pay rent. The genuinely bonkers Professor Breckenridge is truly annoying and doesn’t care about anything beyond his latest weird invention, but his assistant Jim Floyd is a rather sweet and delightful young man who has captured China’s fast-beating heart. Floyd adores China too, but as a typical guy is utterly unable to tell her.

The wonderment begins on another belated rent day with ‘Miss China’s Ring or Doctor Breckenridge and the Amazing Ether Reflector Mirror!’ The frustrated landlady is again forced to employ her formidable martial arts skills to get the insufferable scholar’s attention – if not the long-delayed and constantly accruing cash payable.

‘The Flight of Floyd’ opens with the Mad Professor oafishly seeking to make amends by giving China a flying broomstick, before concluding that he will never understand women. The lovelorn landlady simply wishes she could make Jim pay attention to her, superstitiously wishing upon a shooting star. However, the object of her infatuation is preoccupied with completing his missing father’s gravity disrupter and with off-handed tactlessness explains that she’s doing it wrong.

Merriment concludes with ‘China Strikes Back parts 1 and 2, or Doctor Breckenridge and the Astounding Instantaneous Matter Transmitter!’, which finds times hard in Bristol as the town shivers under a blanket of snow. Cash-strapped, customer-starved Lady China is forced to get increasingly heavy with her free-loading lodgers and also takes out her bad moods on the townspeople and the few customers still frequenting the inn for food and drinks.

However, when she once again busts in the upstairs door in search of her overdue payments, the Professor and Jim have vanished, taking all their ludicrous junk with them. They haven’t gone far, however. In fact, they haven’t gone anywhere, but simply set up a system whereby China’s entrances and exits teleport her to and from an empty set of duplicate rooms.

This enchanting blend of Steampunk and gleeful science whimsy is a sharp, wry and fantastically ingenious human drama, filled with gentle good humour and warmth. It’s rendered with such astonishing sensitivity and imagination that the most outrageous scenes appear thoroughly rational, authentic and real. Unfortunately, some people might focus far too much on the innocent, unconscious and completely casual nudity rather than the superb story and characterisations on display.

Filled with extra cover illustrations, pin-ups and an engaging interview with the creator, Spirit of Wonder is a treat for every open-hearted, big-minded romantic and one no fantasy fan should be denied. Long out of print, used copies are expensive, so let’s hope it will be back in circulation ASAP.