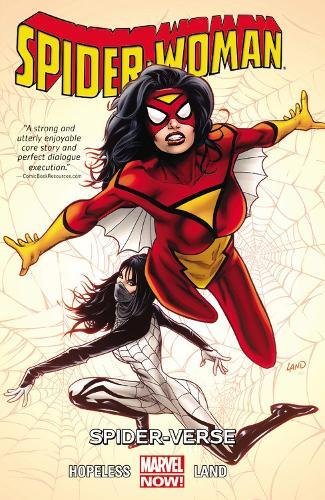 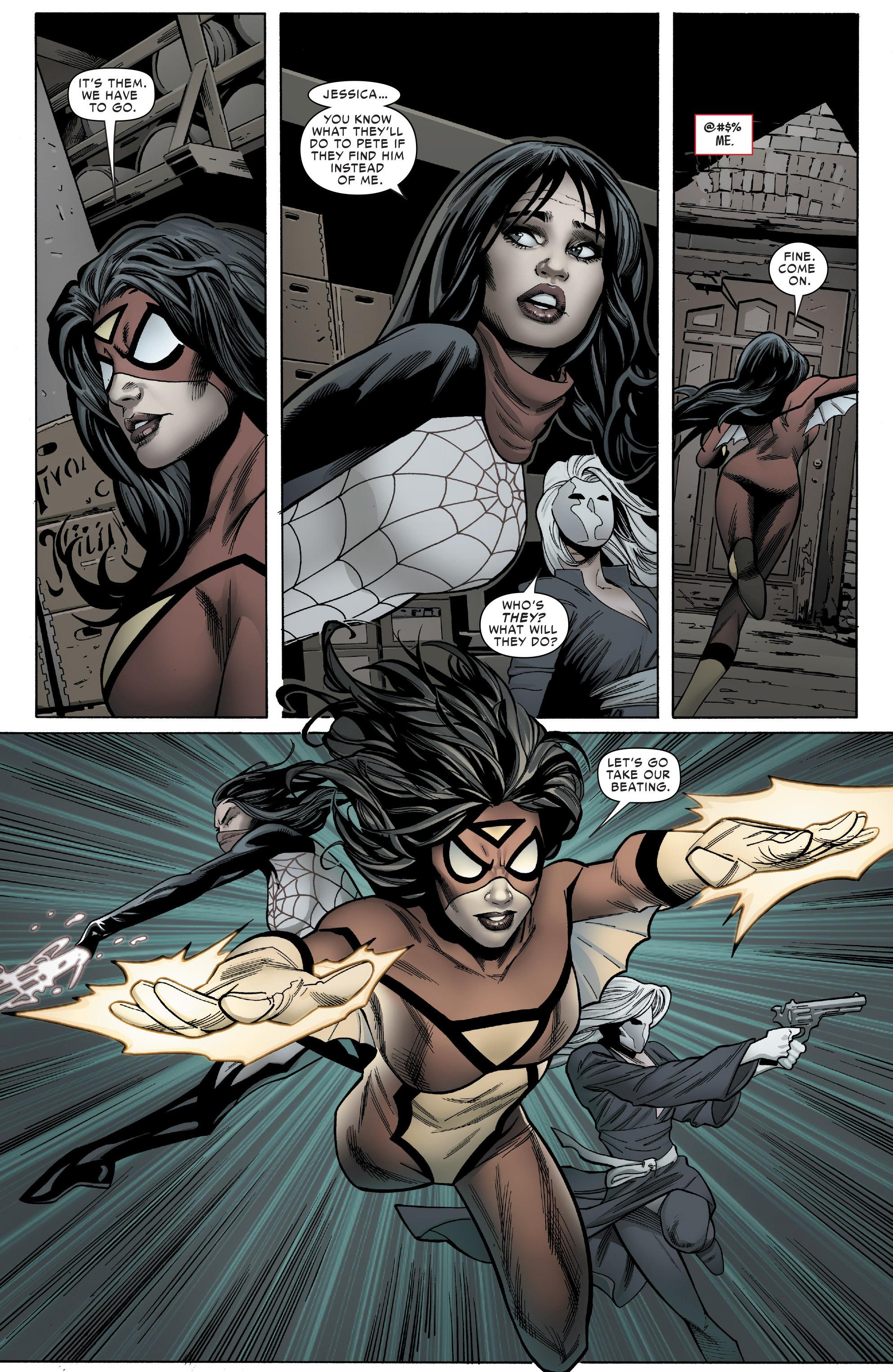 Marvel were rather trapped in rock and hard place situation when it came to this graphic novel. Yes, it relaunched Spider-Woman (again), but it starts in the middle of a story that begins and ends elsewhere. All chapters can be found in the Spider-Verse graphic novel. On the one hand Spider-Verse as monthly comics was used to re-launch several series by tying them into an event, which makes promotional sense. However, it leaves this collection wanting, and the confusing opening chapter reduces Spider-Woman to a player in an ensemble cast who’re dashing about between alternate worlds. Beyond that, however, the story picks up.

The second and third chapters are still part of Spider-Verse, but connect with each other and feature the Jessica Drew version of Spider-Woman in the starring role. Perhaps to compensate for the opening episode, there’s even a bonus Jessica Drew included by Dennis Hopeless. It’s a clever piece of scripting, holding a mirror up to the ‘regular’ version, defining how she might be if she permitted her negative personality traits to spiral out of control. Or alternatively, she’s asked “What if the uptight do-gooder Jessica Drew who lives her whole miserable life by the Avengers code of matyrdom is the ridiculous version?” The plots are relatively standard, possibly compromised by having to tie-in to the larger story, but Hopeless provides good conversations cutting to the core of who Jessica Drew is. This isn’t just when faced with her counterpart, but late in the book where he defines a fine bantering relationship with Carol Danvers, Captain Marvel.

Greg Land’s art has been associated with sexualisation of superheroes, but with Spider-Woman he seems to have made a conscious decision to tone this way down. It’s appreciated, as is his dropping a reliance on other imagery to construct his art. The posed expressions haven’t entirely disappeared, but they’ve been more pleasingly incorporated into lively superhero action pages. Spider-Verse is a solid looking graphic novel, but the true test of how good the series can be is when Hopeless is cut loose from the plots of others starting with New Duds.

Filling out the content is an airing for Spider-Woman’s first appearance. It’s surprisingly good considering it was rapidly produced in 1977 due to fears of someone else managing to trademark the Spider-Woman name. Archie Goodwin’s origin story has some horrific aspects, and Sal Buscema and Jim Mooney’s art is simple, but effective. It’s also surprising to see that Spider-Woman originally wore a hood covering her hair. The current look is far better. 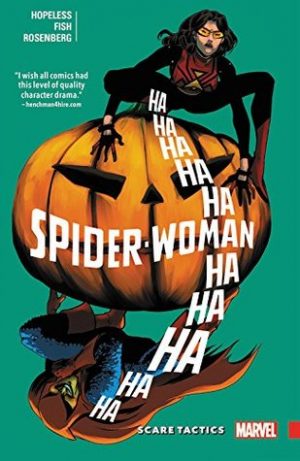