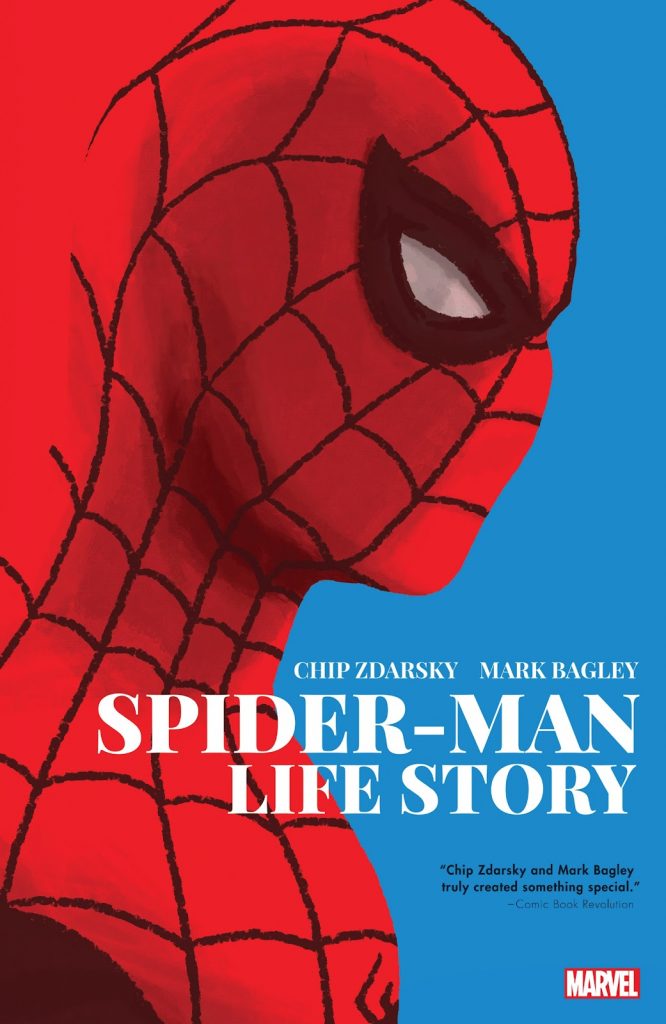 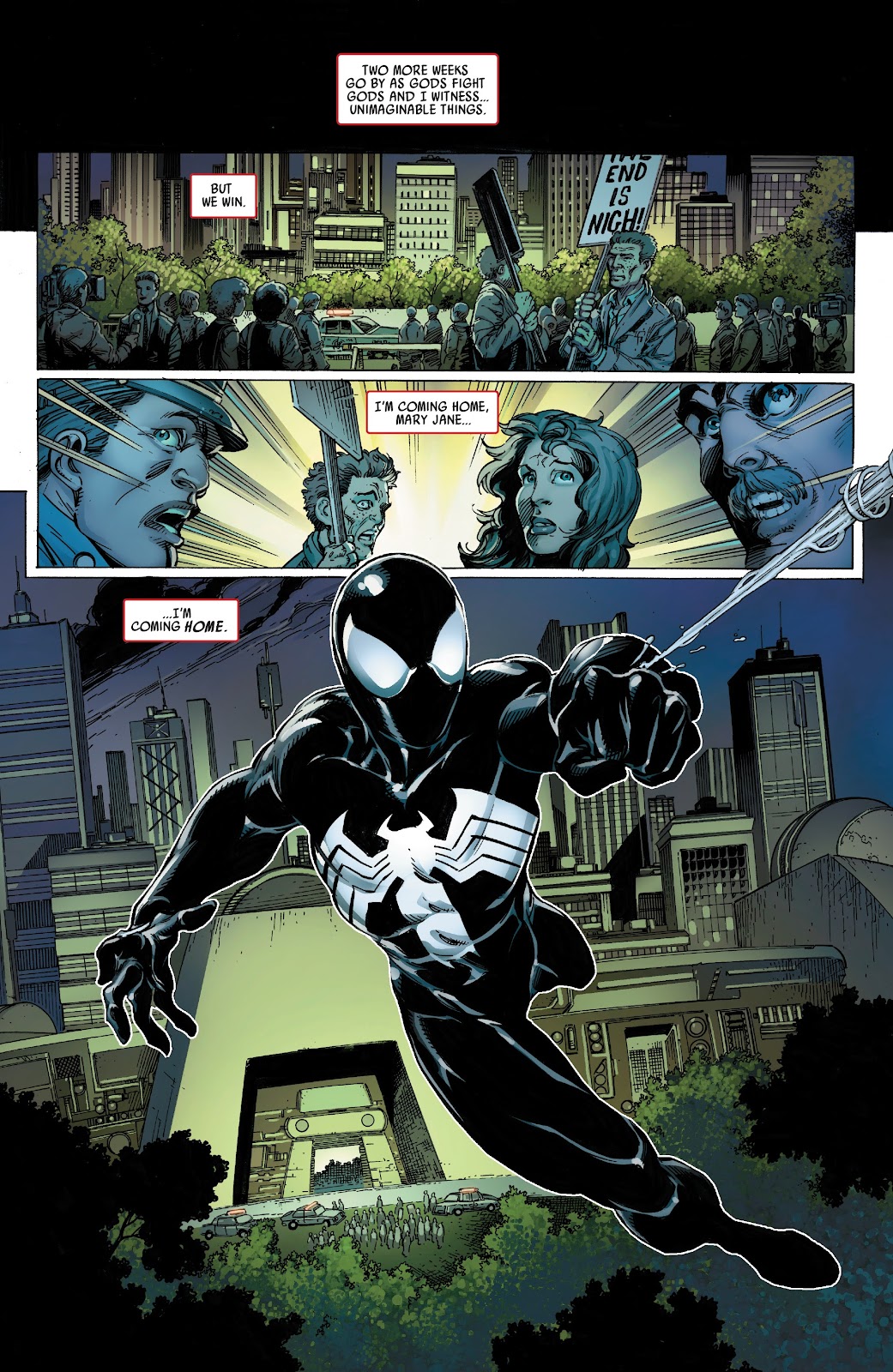 When Chip Zdarksy and Mark Bagley began Life Story it had been some while since there’d been a credible dip back re-evaluating Spider-Man’s past. In fact Bagley was part of the previous attempt, Ultimate Spider-Man. Zdarsky takes a different approach, although also dealing with an alternate Peter Parker and an alternate Spider-Man. This world is one where there are superheroes, and Zdarksy gives the ethical questions about them and real world events greater weight. The Vietnam war was mentioned in Spider-Man comics of the era, but it’s all over the first chapter from Iron Man suggesting superheroes should intervene to Flash Thompson’s departure for South-East Asia, inspired by Spider-Man to do the right thing. And it’s not important to begin with, but it becomes a factor that people on this world age at a real rate.

Bagley’s work is a long known quantity. It’s always professional and polished with storytelling prioritised, and that’s what’s provided for Life Story. However, a man it might be imagined has drawn every aspect of Spider-Man’s life has new opportunities, as the longer the story continues, the greater the departures from Spider-Man’s established continuity. In this world he interns for Reed Richards, who unknowingly supplies a lesson in what should be prioritised. “After you push away everyone you love”, muses Peter, “what are you fighting for other than an abstract world?” He considers all the times he’s placed being a superhero above his relationships and friends, although early accusations about that are more about dramatic needs than realism.

There’s some clever twisting of iconic Spider-Man moments, and villains like Dr Octopus, Green Goblin, Kraven the Hunter and Venom appear, although not always as might be expected, with the same applying to superheroes. By the time the 1990s ends Zdarsky has almost completely removed Spider-Man from the life we know, while still featuring familiar moments and referencing events like Civil War, but this time with Tony Stark in his sixties. It’s a clever retelling, the 2000s actually the most terrifying chapter as two threats converge, and everything is considerably removed from the trivial What If? outing it could have been. Along the way Zdarsky questions what superheroes are and drops plenty of surprises. It’s a thrilling read.

So thrilling, in fact, that you might want to consider the forthcoming hardcover version. It’s more expensive, but what price quality? Presumably paperback editions will be adjusted in future, but the hardcover also includes an extra chapter, looking at J. Jonah Jameson though the decades. Again, it’s clever, picking up on Jameson’s behaviour from the original continuity and applying real world consequences. His obsession with Spider-Man’s menace is sustained under very different circumstances, taking a skewed look at reality. It’s touching and interesting, adding a greater tragedy to Jameson, but ultimately just a side dish.