Spider-Man: Down Among the Dead Men 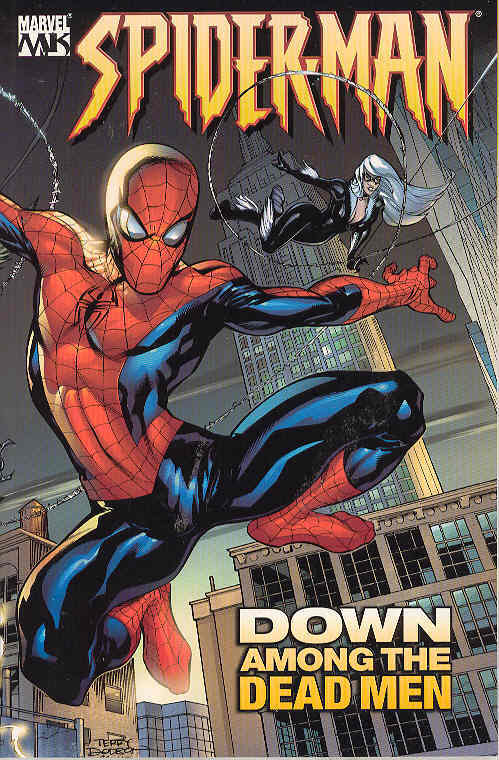 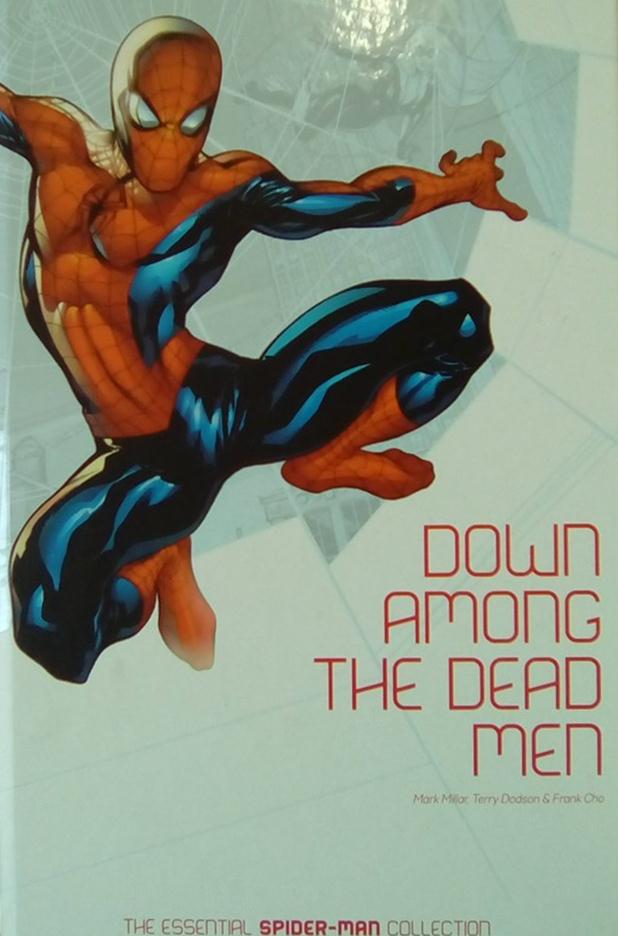 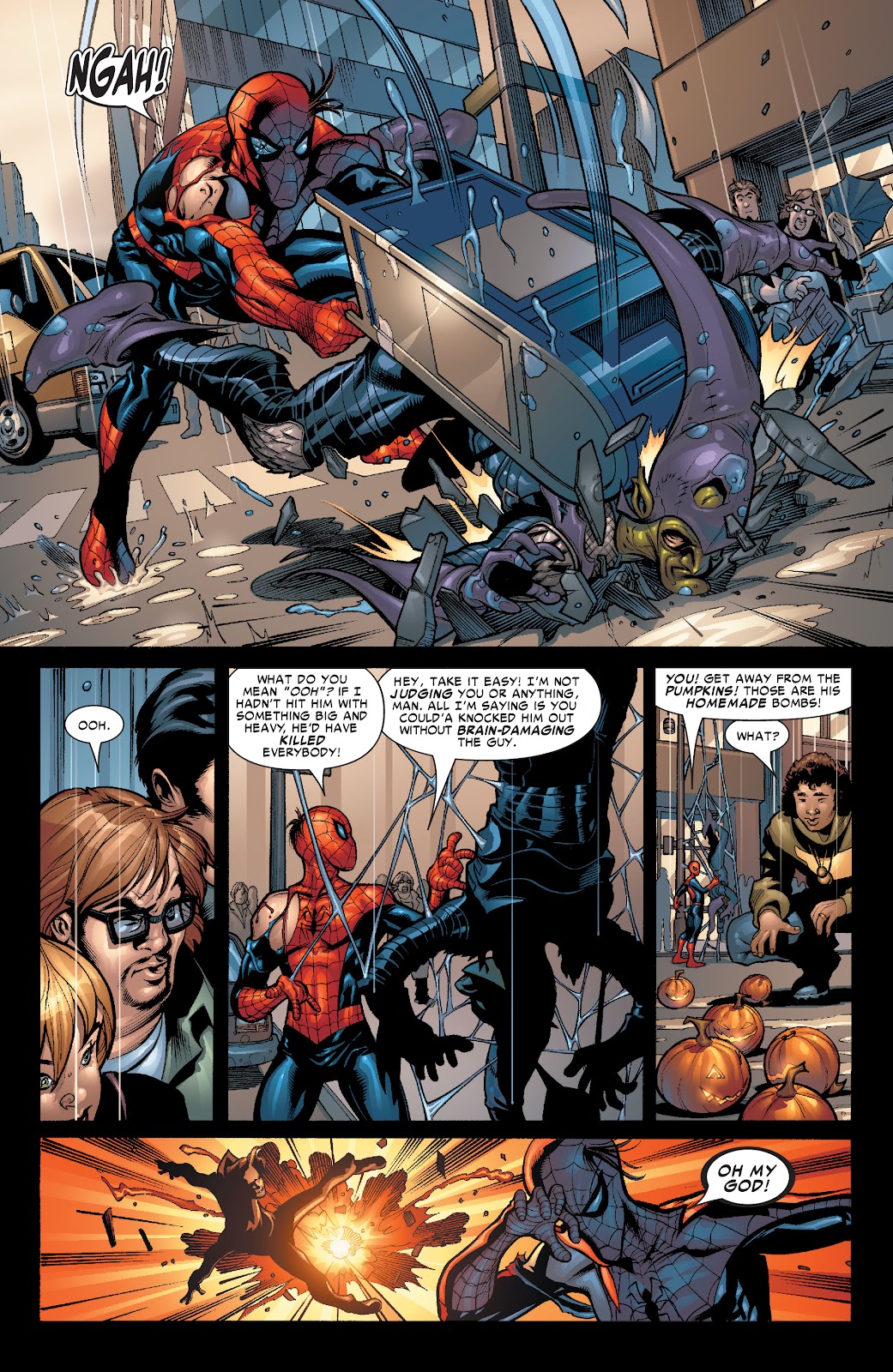 During Spider-Man’s perpetual crusade for the ordinary underdog, the guilt-ridden, unlikely champion has faced many uncanny, bizarre and inexplicable menaces, but none more determined and dangerous than Norman Osborn. He’s the father of Peter’s best friend Harry and a brilliant, utterly insane scientist who sought power as the malignly Machiavellian Green Goblin.

Early on the elder Osborn uncovered the Web-spinner’s true identity and has tormented his adversary with the fact ever since. Even after he murdered Peter’s fiancée Gwen Stacy and apparently died in the bitter retaliation, Osborn kept the precious secret to himself, extracting every iota of psychological pressure he could from the morally-handcuffed hero.

It all begins with ‘Down Among the Dead Men’ as, following another cataclysmic clash with the Green Goblin, the wall-crawler at last succeeds in exposing the maniac and sending Norman Osborn to prison. Battered and bruised, Peter Parker returns to Mary Jane just in time to help move Aunt May into her new apartment, before heading off to his day job as a High School science teacher. The first inkling of trouble comes when he receives a call: someone has desecrated his Uncle Ben’s gravestone. The next phone call is worse: a mysterious voice reveals it knows his secret and tells Peter he’ll never see Aunt May again.

With the frail widow kidnapped, Peter realises his wife could be next and, over her objections, packs Mary Jane off to relative safety in another city before contacting ex-girlfriend and semi-retired super-thief Black Cat for help. Even though he has fought untold hundreds of thugs and masterminds there’s only one real suspect and soon Spider-Man has broken into the maximum security prison where a smug Osborn callously mocks him whilst feigning utter innocence. The villain is playing mind games and reveals he has shared their secret. Now as payback for having the temerity to have the once-respected businessman arrested and publicly shamed, all Parker’s loved ones will suffer.

Millar weaves his web beguilingly, and isn’t inclined to give his suspect away early. There’s a battle with the Avengers, a team-up with Black Cat, and a part for villains Electro, the Owl and the Vulture, although not all as usually portrayed. The Owl is slowly easing himself back into the underworld hierarchy following the recent bloody fall of the crime Kingpin Wilson Fisk, and is happy to make a deal. Much trouble follows, and this absorbing book ends with the cliffhanger of Spider-Man photographed without his mask.

Down Among the Dead Men was subsequently issued in hardcover as part of Hachette’s Spider-Man partwork. That edition also includes the first two chapters of the paperback continuation Venomous. The entire run has since been gathered as Spider-Man by Mark Millar: The Ultimate Collection. 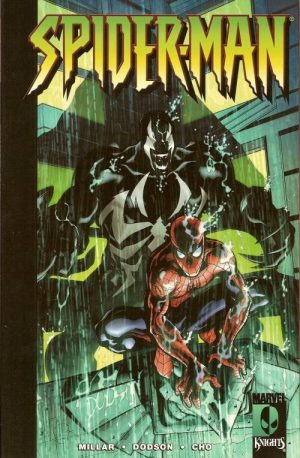 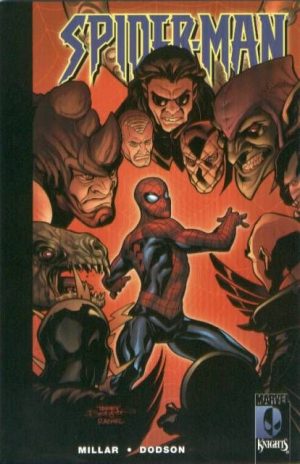 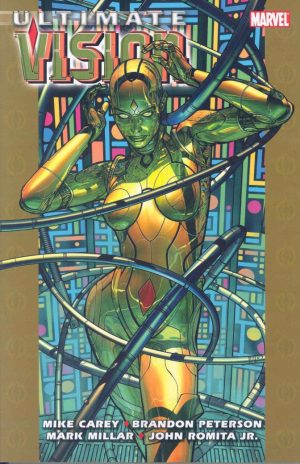