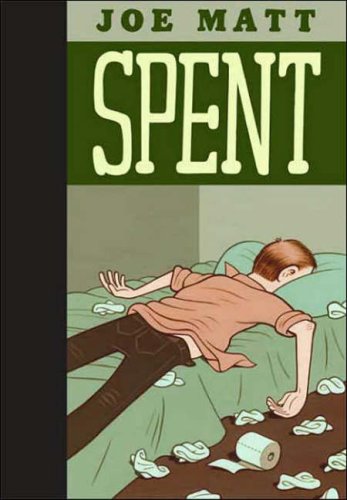 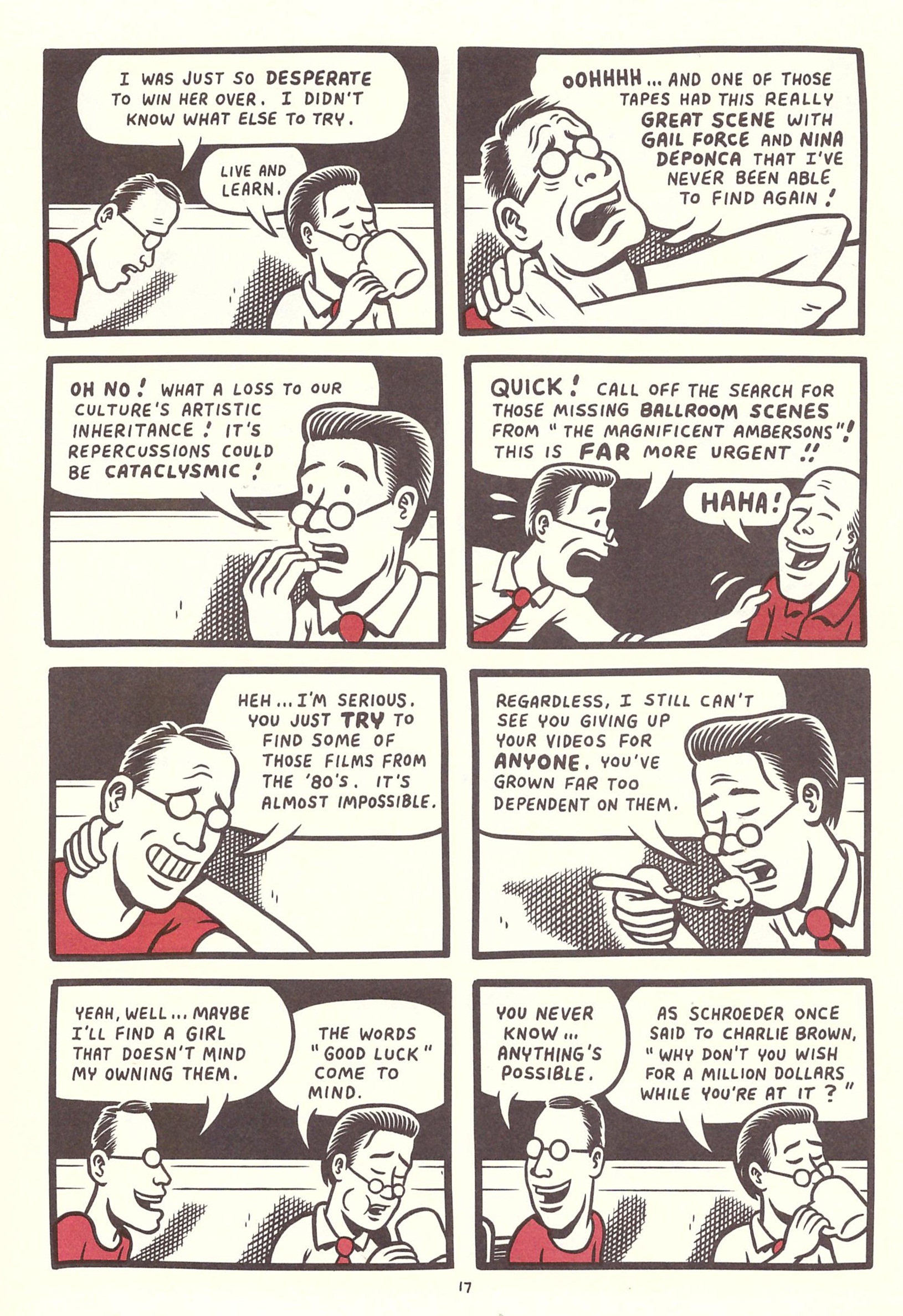 Spent is the graphic novel where Joe Matt not so much addresses his addiction to pornography as attempts to justify why for him a lot of the time it’s preferable to having a girlfriend. Not that it stops him, however briefly, idealising so many women he sees.

Even putting the pornography to one side, something Matt’s incapable of, he presents a pitiful picture of himself, and, as ever, it’s impossible not to speculate how much self-awareness is involved. When he spends pages whining about the people he shares a boarding house and bathroom with, is he just venting? To anyone else the solution would be to spend some money and rent a better place where he’d not have those annoyances, but there’s never an acknowledgement of this obvious thought. Instead he gloats about the interest he’s earning on money invested, boasting of a time when he’ll be able to live from the interest alone. Matt’s probably unaware of Del Boy Trotter, but the territory is “this time next year Rodders we’ll be millionaires”.

In the second chapter Matt shows himself obsessively editing sex video tapes, fetishising the procedure, distilling his favourite scenes to erase face shots of gurning male porn stars about to ejaculate, or their hairy rear ends pumping away. As well as being a staggering occupation, there’s an added level of astonishment as the progress of technology has rendered it totally obsolete. Matt wants a girlfriend, but can’t bear the thought of discarding his carefully edited 184 hours of pornography. He doesn’t want to share a bathroom, but can’t bear to part with money, and so keeps a bottle in his bedroom that he pisses in. Early in the book he’s accused of being a compulsive withholder, and he presents plenty of evidence for that. And such is his grasping attitude you wonder if he’s not tried to sell that bottle to a besotted fan at some stage.

Amid all the squalor and self-pity, however, Matt’s screamingly funny and a superb cartoonist. He is aware of the crassness of his comments on watching pornography, which are hilarious, but not as funny as sequences of fellow cartoonists Chester Brown and Seth ripping the piss out of him. Spent is an apt title for a graphic novel concerned with ejaculation, as many times as possible, but it has a second and unfortunate meaning. The four comics reprinted took eight years to publish, and the pages frequently refer to the delays. By the final and weakest chapter Matt has very little of interest to say, and the humour has almost evaporated. One scene has his publisher attempting to spur productivity, but to no avail, and Spent has no conventional ending, just Matt repeating his routine. He’s not produced a comic in over ten years since.