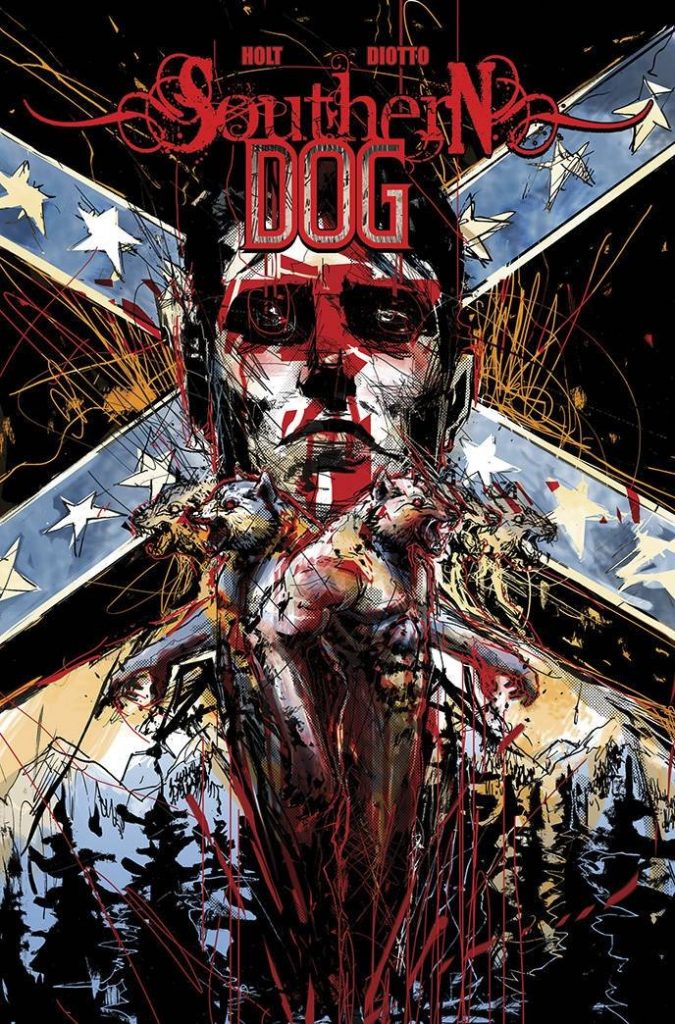 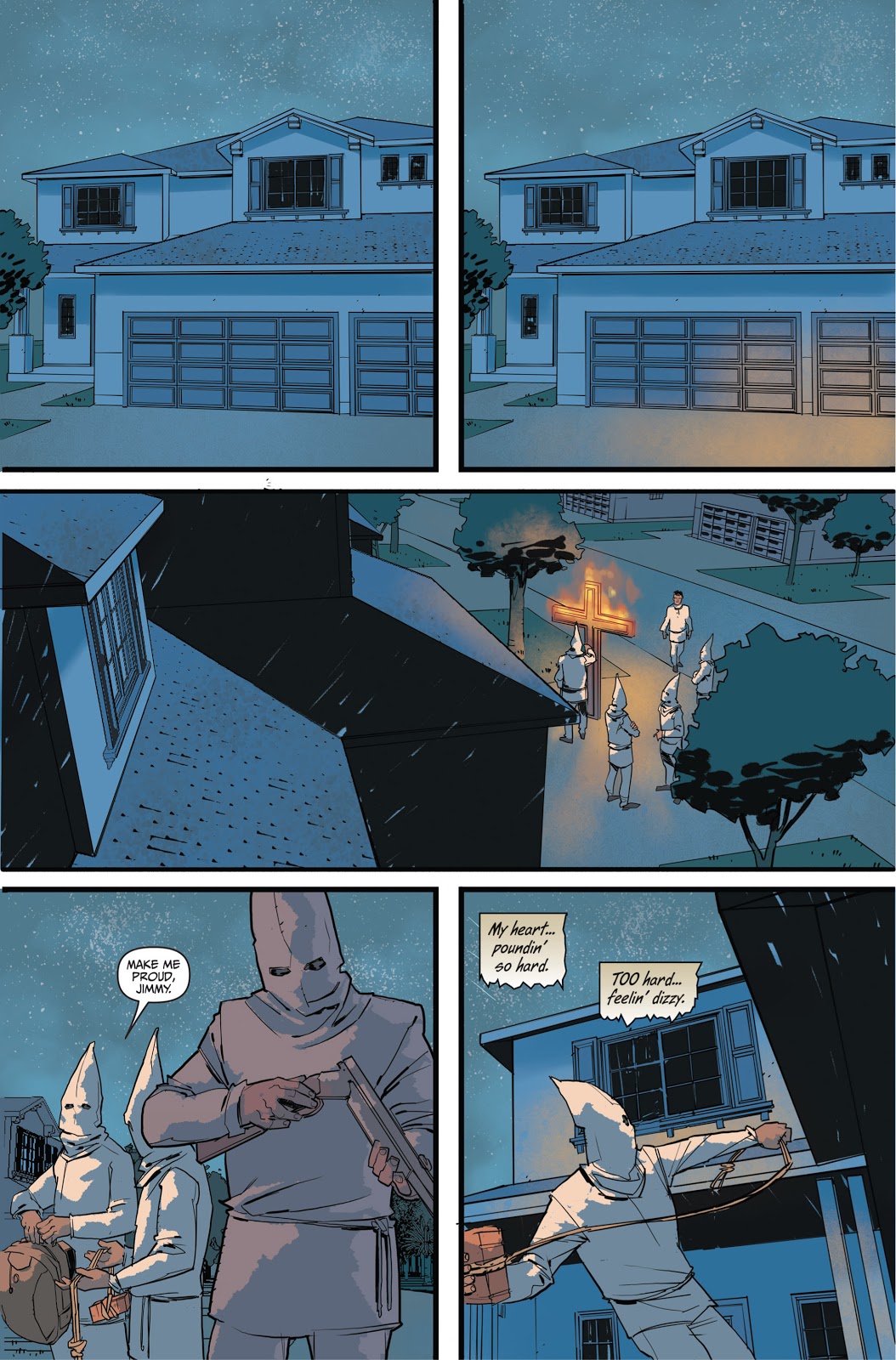 A great Riley Rossmo cover does exactly the intended task of making Southern Dog look a desirable purchase, but don’t set your hopes too high. There’s the germ of something good, but from still unrefined creators.

In some ways it’s a brave piece of writing from Jeremy Holt, channelling his own experiences of growing up in Mississippi to take a look at racism of the American south. The focal point is Jasper, the square peg in a round hole whose brother is far better fit with their father’s lifestyle of gladhanding the mayor and local senator on hunting trips and dressing up in white robes to plant burning crosses on the lawns of houses belonging to African Americans. Jasper is profoundly uncomfortable with their habits. However, when he’s bitten by a wolf, he becomes a werewolf and is able to take more direct action against the neighbourhood nasties.

Perhaps Holt considered a straight drama about bigotry too pointed or too dull, or perhaps the idea of a werewolf taking revenge offered the empowerment he never personally had. Either way, it leaves Southern Dog as awkwardly stitching together two incompatible ideas. The werewolf devalues the serious points, and the earnest and well meaning spotlight on bigotry intrudes on the horror.

Artist Alex Diotto has a raw talent and it’s surprising he hasn’t become better known since 2014. His scenes of everyday life are drawn with care accompanied by attention to detail and personality, although his people are somewhat posed. That affects scenes with Jasper in his wolf form, which aren’t as strong.

Unlike most other graphic novels, Action Lab have created this book by binding together issues of the four serialised comics, complete with editorial pages (welcome), and several pages per issue of ads for their other titles (unwelcome). Not only is this tacky, it’s intrusive, interrupting the flow of Holt and Diotto’s story. 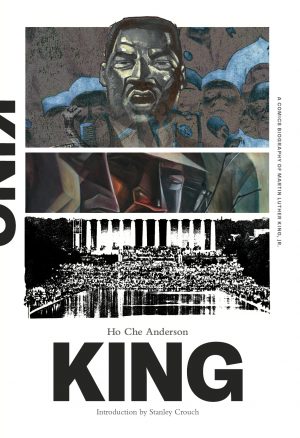