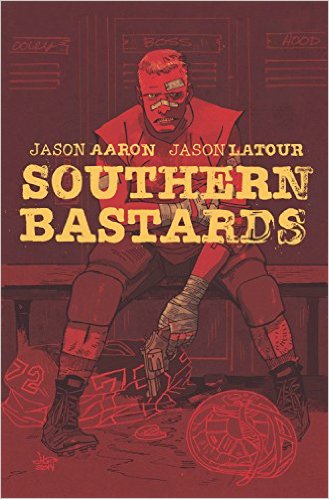 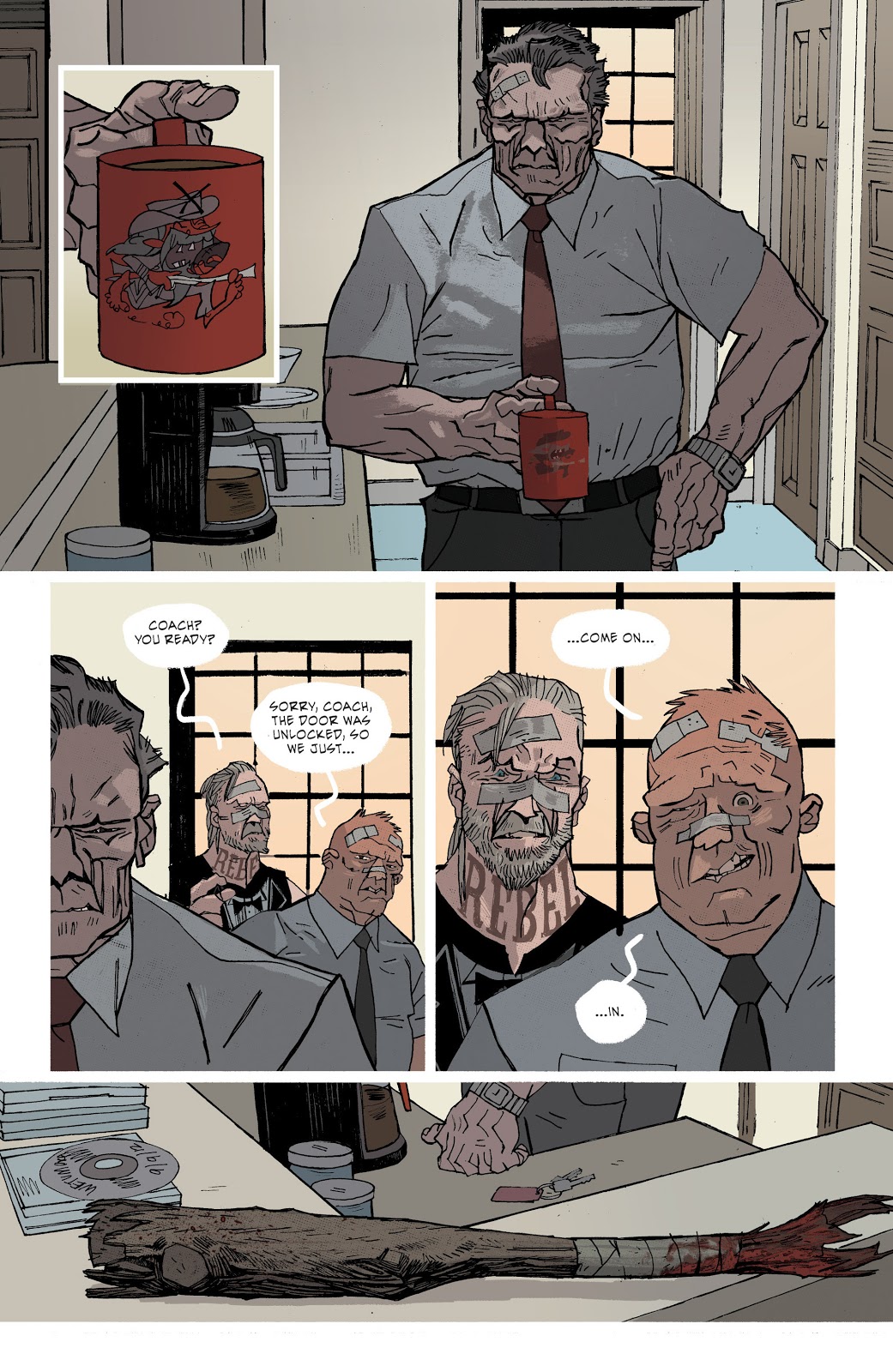 There is always a danger in demystifying a monster, stripping away the veil that separates us from them and diminishing their menace. In the flashback-structured Gridiron, Jason Aaron gives us an origin story for the biggest bastard of Here was a Man, the criminal godfather, Coach Euless Boss. Aaron once again explores the theme of characters whose fates are determined by the sins of the fathers. Coach Boss’ father is a white trash criminal whose actions and reputation casts not so much a shadow over the life of his son as an eclipse. Euless nonetheless craves his father’s acceptance, a craving which sets him of on a very dark path that could lead to salvation or damnation.

Euless’ dream is to play football for Craw County’s high school team. However, he is a poor player, a figure of fun to others who relentlessly bully him. He is a sympathetic loser, but one who refuses to lose – at his core burns a savage determination, a stubbornness and a willingness to endure any amount of pain to achieve his dream. What origin story would be complete without a Mr Miyagi to transform our hopeless caterpillar into an iron butterfly? In Gridiron, the writer introduces the character of Big to sensei Euless. Big is black, blind and prone to eating sticks of butter – clearly Aaron is having fun echoing Daredevil’s origin story, but while Stick was to teach Matt Murdock how to find light in a world of darkness, this mentor unleashes the darkness from within Euless on the world. The Alabama that Aaron presents teems with thugs, bullies and bad men, among whom Euless, if not a likeable character, at least does elicit some sympathy

In Here Was A Man Aaron managed to take familiar elements and craft something that transcended the clichés. He is less successful with the sequel. We understand Coach Boss’ journey into darkness but it never reaches the operatic, Faustian grandeur that the reader should expect from Aaron’s writing. Gridiron is solid but ultimately ends up a little too predictable and less compelling than it should be. It is a good read but, given Jason Aaron’s talent with character and narrative, this should have been a great read. The series contrinues in Homecoming.