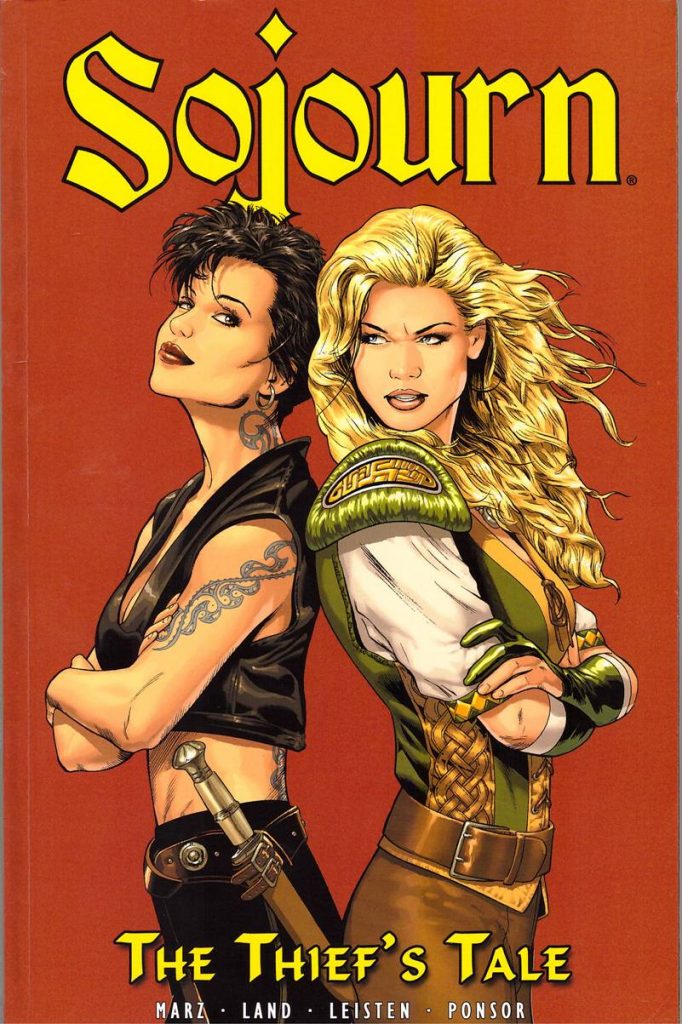 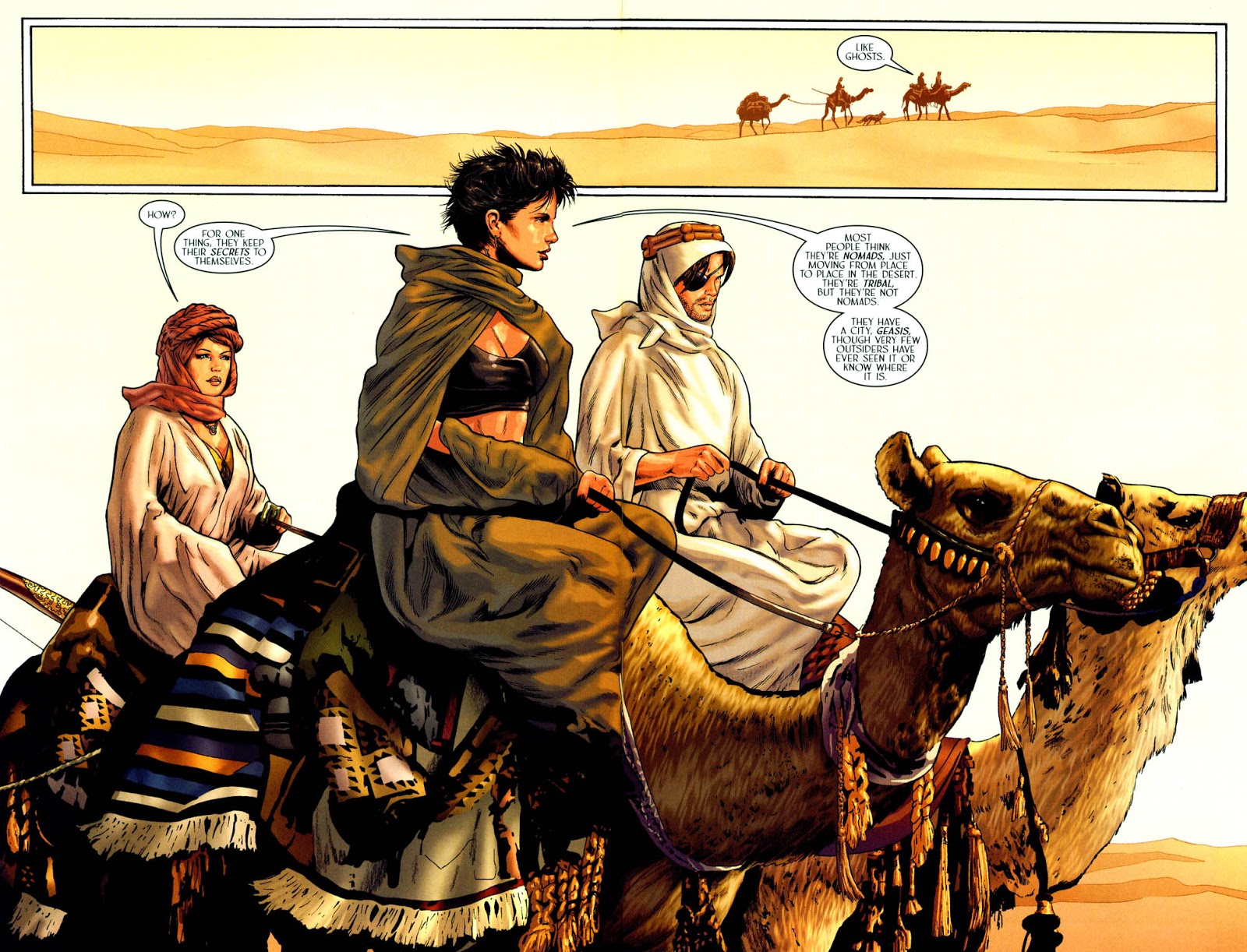 In a series where his great art can be taken for granted, Greg Land excels himself with an opening chapter illustrated in storybook style, a sequence of almost full pages accompanied by short text passages. These are Ron Marz fleshing out Arwyn’s past, explaining her skilled archery, and in passing how she met her now dead husband. It’s slim, but looks beautiful.

After a brief interlude with evil overlord Mordath again showing little patience and no mercy, we look in on Arwyn pondering the loss of The Warrior’s Tale. Her arm is now healed, meaning her archery skills are back to their peak, but after some nice set up, Marz drops in the mysterious Neven, once again unwilling to explain ultimate purpose, and letting slip that she led Arwyn to the first of the fragments she’s searching for via a dream. This exemplifies the worst of Sojourn, wooly plotting with gaping holes patched over via a lack of communication. If Neven knows where the arrow fragments are, why not save everyone’s time in-story and just provide a list with co-ordinates? Particularly when the issue of another fragment is a form of ransom in the following chapter. Still, the second chapter ends with one hell of a surprise, Marz having fooled everyone.

The thief of the title is introduced by Luke Ross, an artist able to match Land’s splendour panel by panel, although he objectifies Arwyn a little more than Land. Otherwise it’s one skilled shot after another, even compared with Land’s later chapters set in the Five Lands’ desert kingdom.

While Marz’s biggest surprise comes relatively early, the remainder of The Thief’s Tale isn’t short of others. If it’s accepted that Arwyn has to go through the procedure of locating all five arrow fragments herself, Marz isn’t making it easy, and by the end we’re still not entirely sure where the thief’s loyalties lie.

Both Marz and Land discuss their work on Sojourn in the bonus feature, which is enlightening as the story leads into The Sorcerer’s Tale.