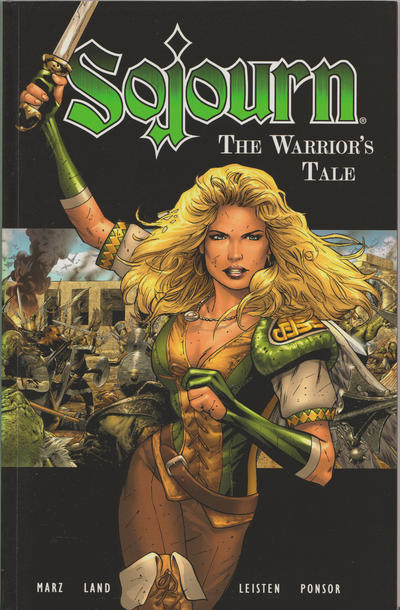 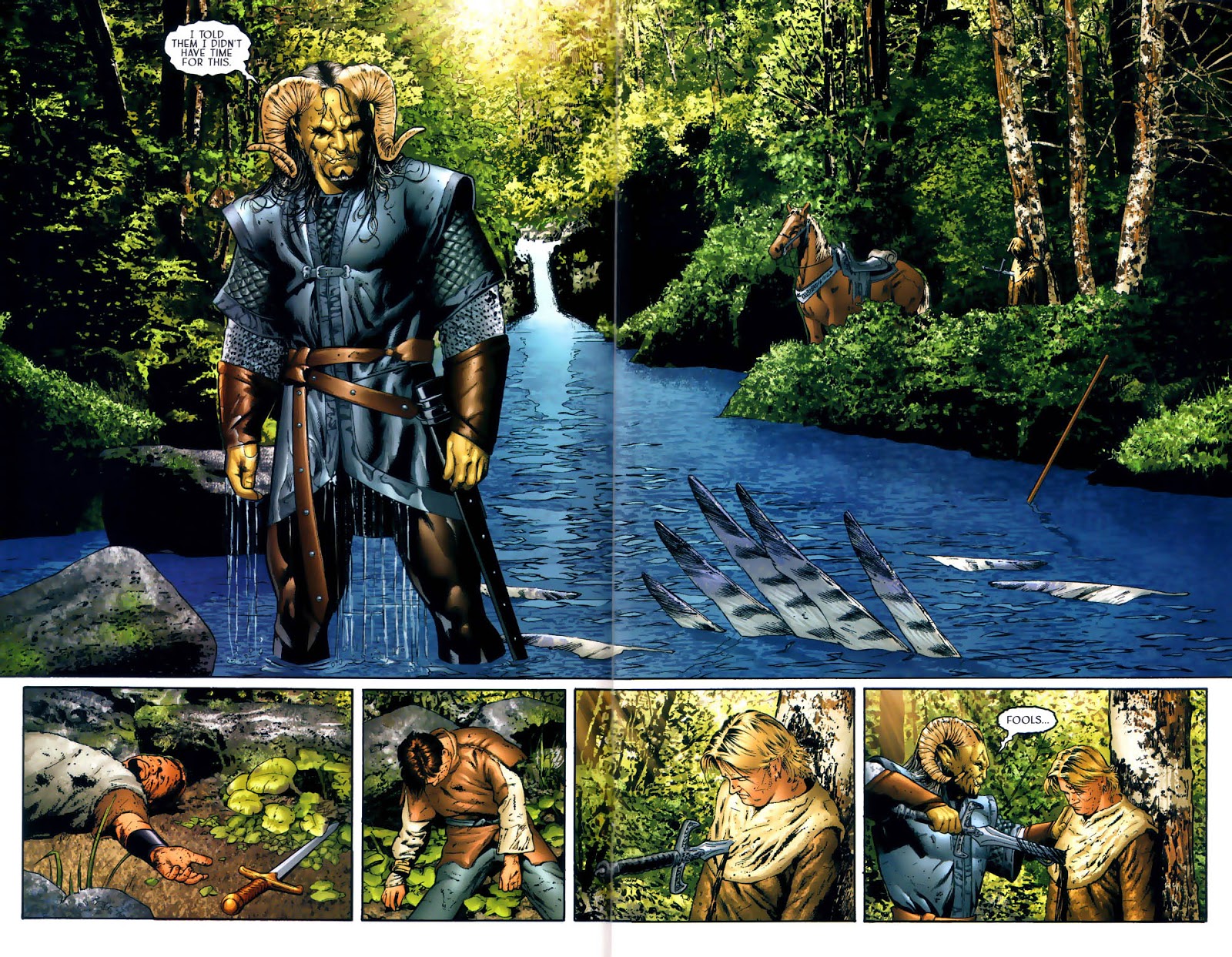 The fearsome creature on the sample art is one of Greg Land’s superbly designed Trolls, ravaging the Five Lands on behalf of evil overlord Mordath. It’s Bohr, one of Mordath’s trusted captains, seen in the opening chapter overcoming assorted dangers, making his way back home for a gruesome task as Ron Marz begins to explore the culture of the assorted races featured in Sojourn. The bigger picture is that he’s been assigned by Mordath to hunt down series heroine Arwyn, who’s already faced Mordath twice, and who he’s been told is destined to end his reign. Still, if a dragon wasn’t enough, as seen in The Dragon’s Tale, should he really have to worry?

Arwyn escaped that encounter with a sprained arm, yet being unable to shoot her arrows effectively has hardly dented her single-mindedness when it comes to retrieving the five fragments of an arrow said to be capable of killing Mordath again.

While still expansive and impressive, Land’s art is beginning to rely more often on posing the cast, extending to the expressions. While attractive, some of those don’t always fit the occasion, such as what’s meant to be a tearful Arwyn confessing to repressing her feelings, that being the only way she can keep going. The pouting face accompanying that barely captures the emotion. Still, compared with the strong storytelling and fantastic scenery, few would complain. The Ankharan civilisation incorporates a hefty dose of ancient Egyptian iconography and architecture, and Land supplies catacombs and statues on a grand scale. Aaron Lopresti is a very good action artist elsewhere, but while detailed and action-packed, his contribution doesn’t match the grandeur of Land’s pages.

Adventurer and expert bowman Gareth has been used as the narrative voice by Marz, who cranks up the tension via his captions of a story told in hindsight used to foreshadow dangers. On the one hand there’s brief concern on reading Gareth mentioning his imminent death, yet if he’s able to mention that in the first place, then he must have somehow survived it.

As in previous volumes, Marz keeps the fantasy action moving, but takes a few shortcuts in doing so. It’s extremely convenient that for years the Ankharan’s have been searching for their lost Dawn Sword, yet it’s located shortly after Arwyn and Gareth turn up. Still, such shortcuts are a fictional baseline. It’s been another thrilling segment, with a seeming tragedy to be dealt with in The Thief’s Tale.