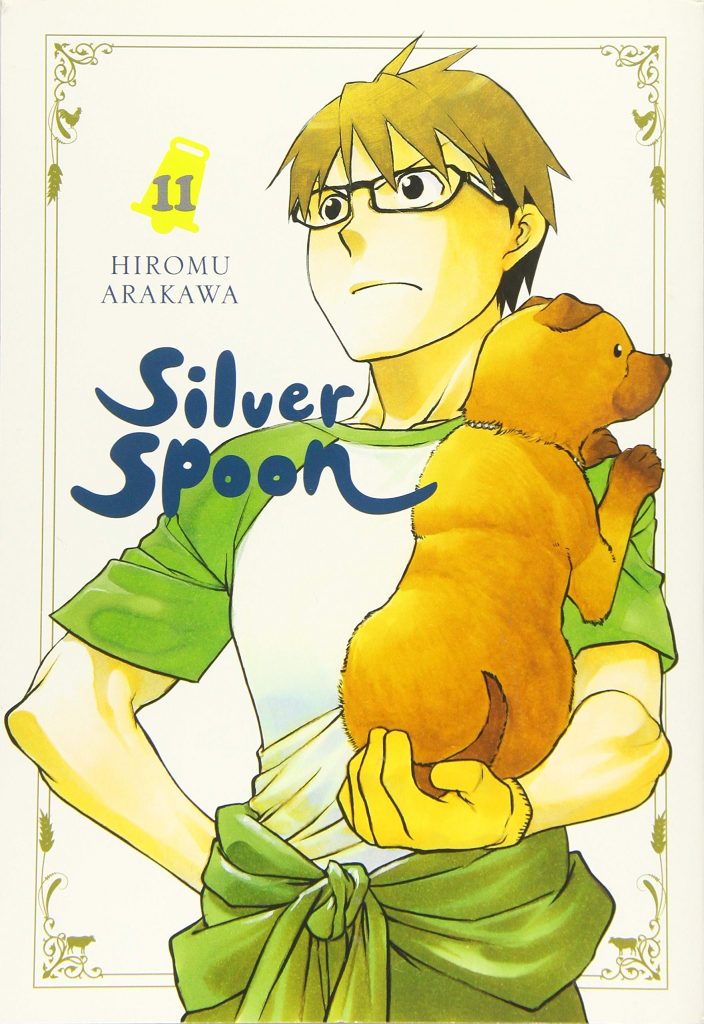 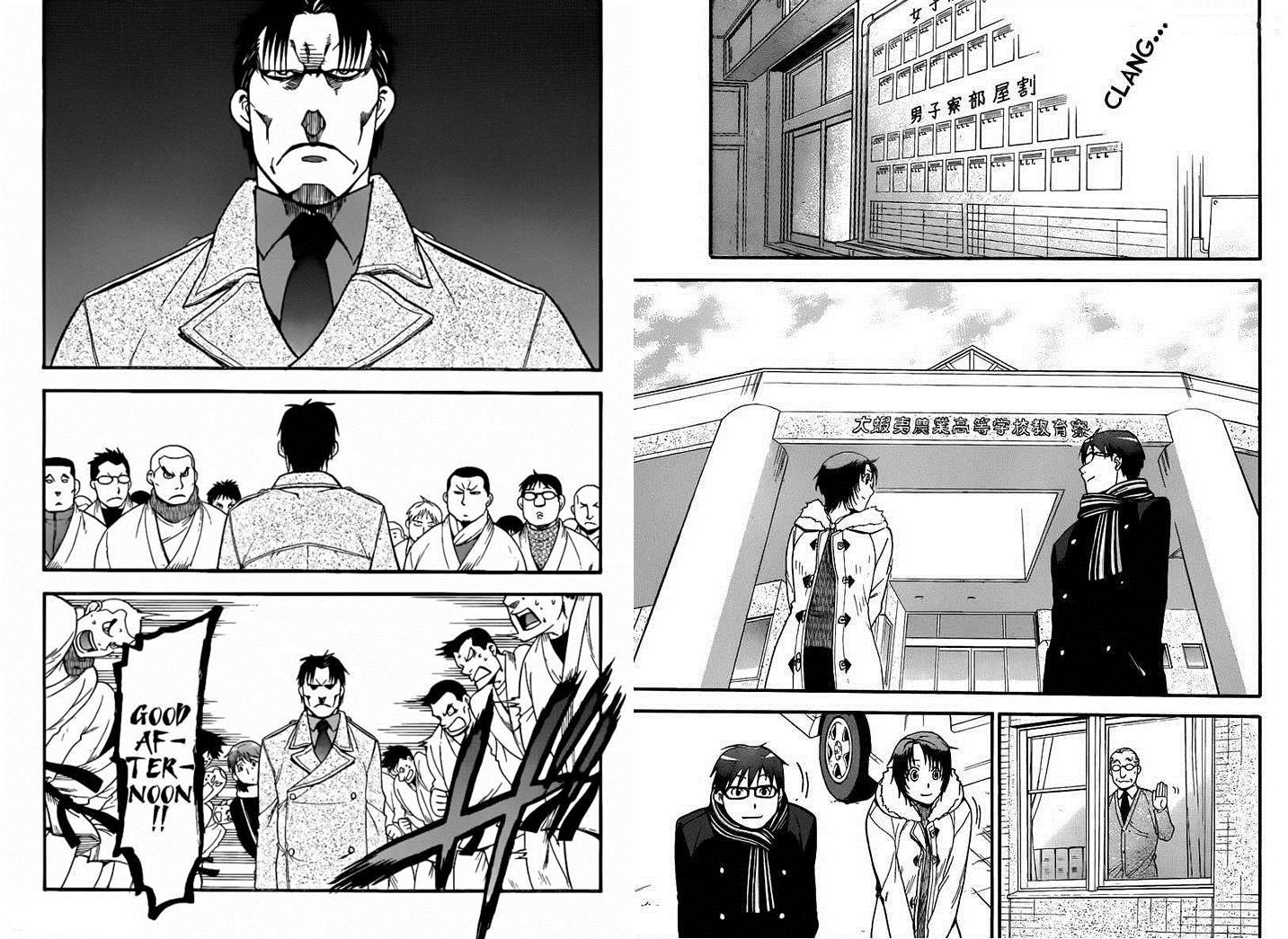 This being the last complete book of Winter chapters, picking up in February, Yuugo is now approaching a full year at Ooezo Agricultural High School, and the opening question is whether he and his fellow students will remain in the dormitories the following year. That runs in the background for most of the volume, with the bigger priority being what happens when Yuugo graduates from agricultural college.

Silver Spoon 11 differs from every previous volume because Hiromu Arakawa doesn’t supply any farming education, instead just concentrating on the drama she’s built so gradually. Despite the slight advance of Silver Spoon 10, Yuugo and Aki are still tiptoeing around each other, each afraid to admit their true feelings, Yuugo becomes very serious about the idea of starting a business, and Yuugo’s intimidating father pays his first visit to the school. He’s an interesting character, forbidding, cold and unreasonable, always able to twist something others might see as positive into a negative, but shown to be wanting the best for his son. A highlight of this book is when he’s confronted by Aki.

The only education arrives in the final chapter when we’re provided with more information about the silver spoon hanging above the dining hall and the Japanese traditions that go with it. Arakawa ties this beautifully into the philosophies of the school, about how every student that attends builds on what the pupils of the past have achieved.

Over previous volumes any change has come slowly, mainly via Yuugo realising how much he’s actually learned, but by the end of Silver Spoon 11 there’s been a great change, and whether that’s for better or worse is something that remains to be seen, perhaps in Silver Spoon 12. No-one’s going to pick up a volume so deep into the series without being aware of what’s come before, and it’s unlikely any regular reader’s going to be disappointed.