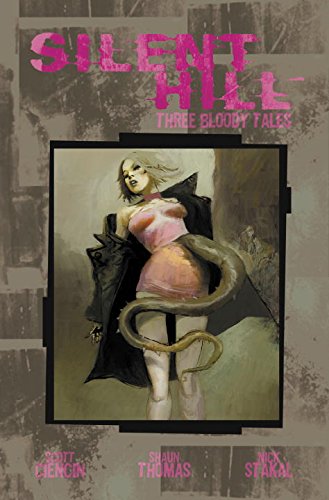 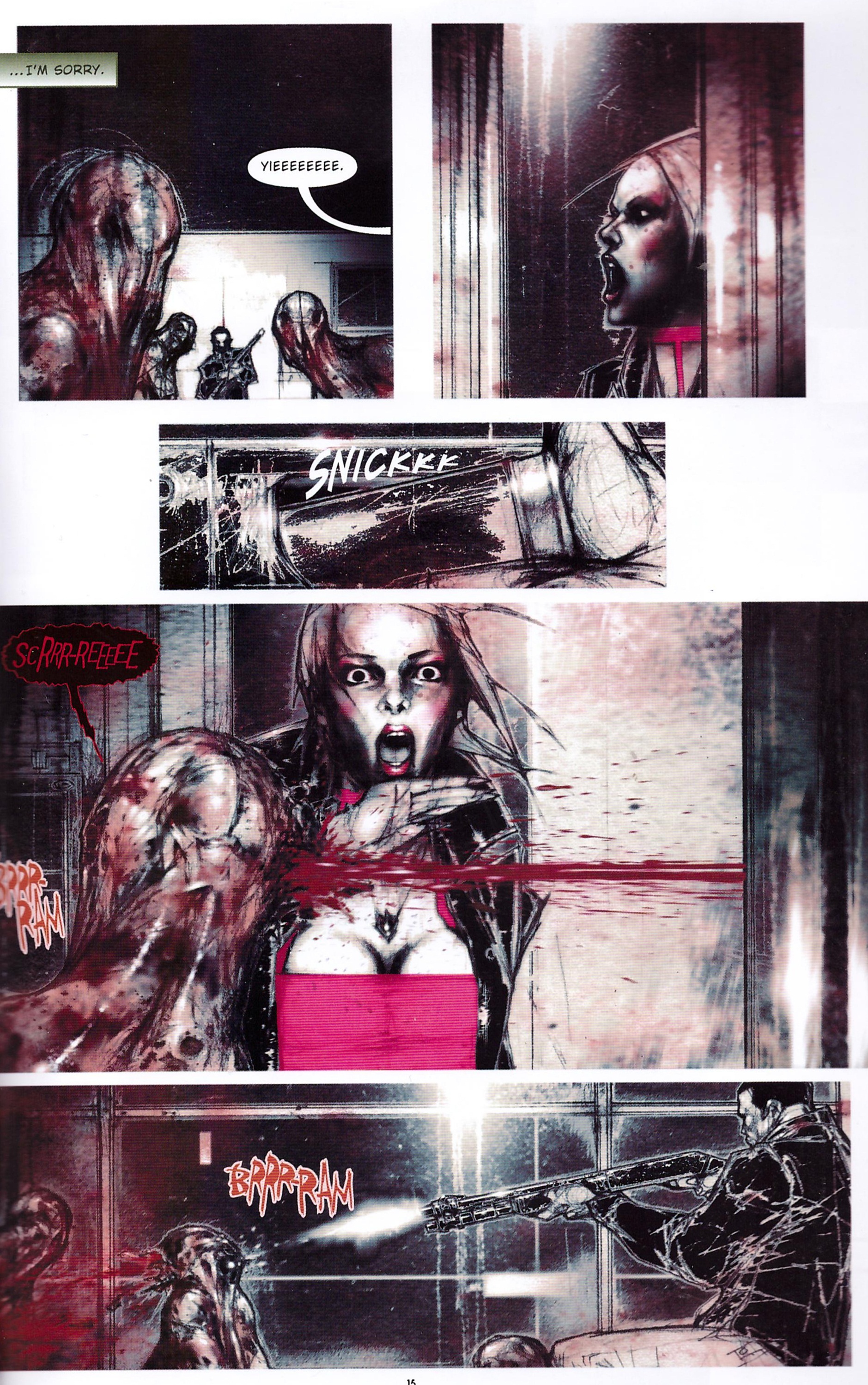 In the video games on which these stories are based, Silent Hill is the name of a remote US town where horrors exist. People with guilt are drawn there to confront their worst fears and deepest secrets, and that’s the formula Scott Ciencin applied to Dying Inside. It wasn’t creatively successful, but obviously sold well enough to green light a trio of specials, and these are gathered in Three Bloody Tales. There can be no complaint of them not living up to their title.

Flicking the pages displays that the art leaves a lot to be desired. Shaun Thomas (sample page) illustrates the first two bloody tales, has great difficulty telling a story, and could have really benefited from an art editor going over his work with him. He sets the right mood with a scratchy style, but concentrates on the violent aspects to the exclusion of all else. Establishing any location is frequently difficult, and while his bloody, skin-toned monsters have a threat to them, they can be so vague they’re little more than blurred lumps of flesh. Nick Stakal on the final story is an improvement, with some personality depth to the cast and some great individual illustrations, but there are still the frustrations of poor storytelling and not enough variety to the art.

Stakal is helped by being allocated the strongest story, although that’s not really saying much. In ‘Among the Damned’ a haunted soldier tips up in Silent Hill and meets a depressed singer, and in ‘Paint it Black’ a serial waster who considers himself an undiscovered artistic genius arrives in town. ‘The Grinning Man’ is the tale of a police officer on the verge of retirement wanting one more crack at the case he couldn’t close. His trip into Silent Hill brings him into contact with the grinning man of the title, a magical hunter with a permanent smirk and cowboy hat who sets about the monsters infesting Silent Hill with relish, at which point Ciencin’s story sinks into the usual slaughterhouse morass. It’s like reading a poor Clive Barker imitation with the Joker paying a visit.

In every case Ciencin constructs the basis of an interesting character, then runs out of ideas of what to do with them. Alternatively he’s rigidly adhering to the game formula, which dictates that at some point, preferably early, the monsters of Silent Hill manifest and the rest of the story involves the chosen character being chased around town fearing for their life. It’s not always predictable, but neither is it very entertaining. More than enough people liked these stories, however, enabling the series to continue with Dead/Alive. That can also be found collected with Three Bloody Tales in the Silent Hill Omnibus.