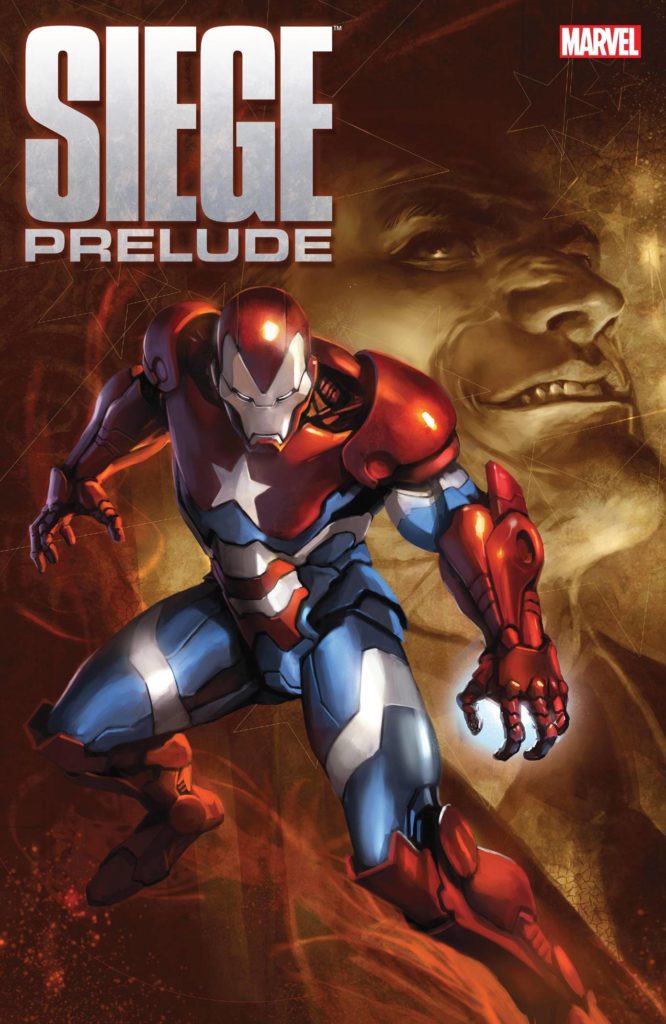 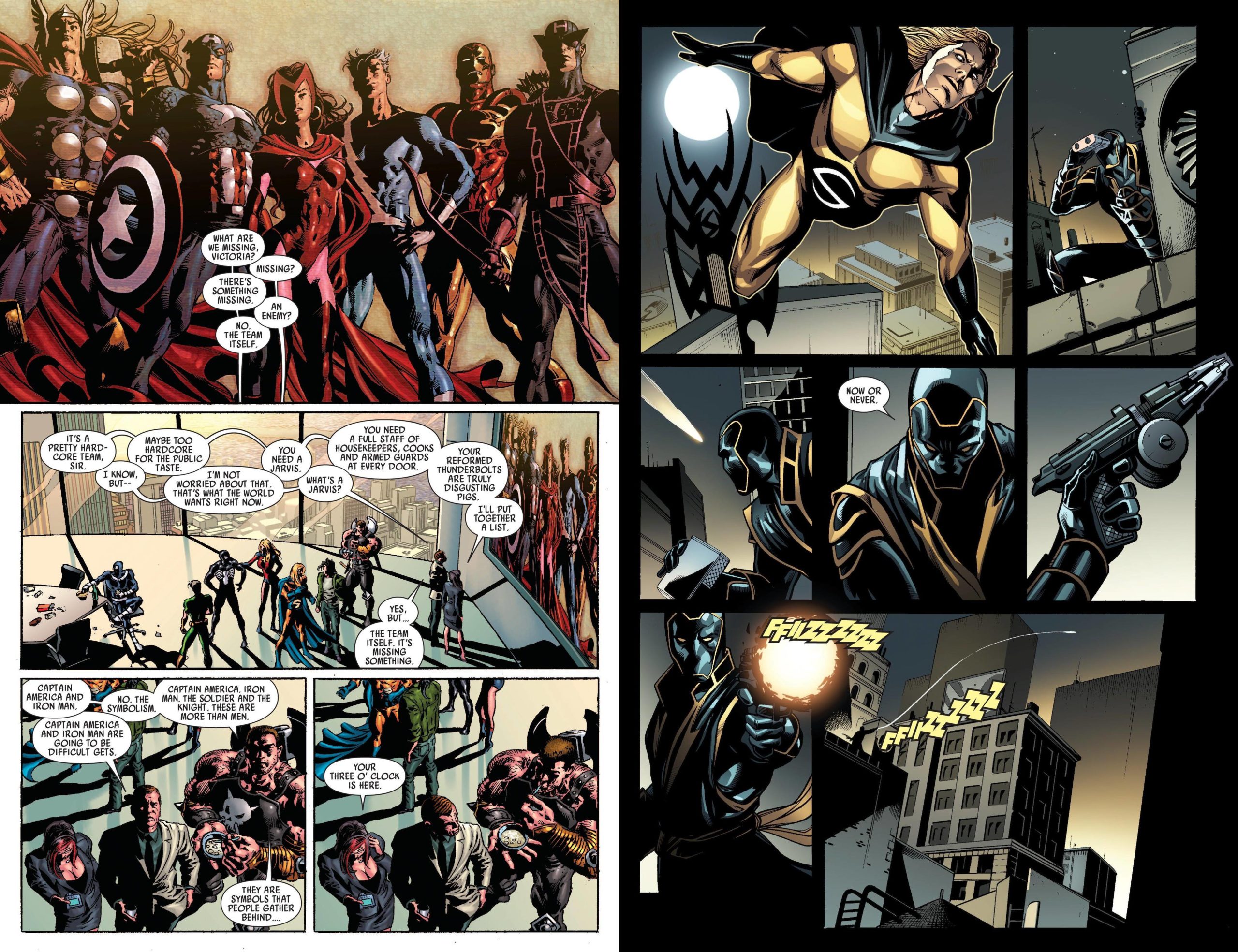 In 2010 Asgard was suspended above Broxton, Oklahoma, and former costumed criminal Norman Osborn was the lunatic in charge of the asylum, having been appointed head of America’s security services after widely seen decisive action concluding Secret Invasion. Needless to say, Osborn remained devious, manipulative and power hungry, but concealed that enough, despite surrounding himself with villains masquerading as heroes. His downfall was eventually biting off more than he could chew by invading Asgard in Siege, and this is a collection of assorted then recent issues in which the decisive steps were taken.

We see the formation of the Dark Avengers; Thor’s troubles; Norman Osborn creating a cabal of the powerful and ethically conflicted, then how they became such people or what makes them such people; some plotting and counter-plotting, and Osborn compiling a list of what he’s going to change now he’s in charge. The 21st century content is followed by Osborn in his pomp as the Green Goblin plaguing Spider-Man in the late 1960s, and a Warriors Three story from the 1970s. Almost everything entertains while offering some insight. At times, particularly in a sequence starring Hawkeye, Brian Michael Bendis loses the balance between story and filling pages with smart dialogue, but he’s also capable of some nice characterisation through that dialogue. Former S.H.I.E.L.D. director Maria Hill is hauled before Osborn to be sacked, and responds “I wanted to tell you that when you do crash and burn, and oh you will, I will be there when it happens. Laughing my ass off”. It combines several emotions and defines her personality, although is a variation on a line Bendis gave Spider-Man commenting on Osborn in an Avengers story.

If this selection is truly representative of Marvel in the years leading up to Siege, then across the board there were some stunning artists working at their peak. The sample spread combines Mike Deodato and Marko Djurdjević, yet it could also have shown Daniel Acuña, Olivier Coipel, Adi Granov or Tonći Zonjić. Mike Mayhew’s pages don’t look as good, a real stiffness to his figures, but to some people photo-realism is an artistic peak, so the appeal is obvious. The Spider-Man material has dated considerably via Stan Lee’s melodrama and John Romita attempting to stick as closely as he can to the look of Steve Ditko, from whom he’d just inherited the feature. Work through that, though and it’s a story punching with some weight, although the recolouring is ill-advised. By contrast Len Wein’s script about the Warriors Three having a night out in 1970s Manhattan is a whimsical treat, the Asgardians not quite grasping New York culture, but chivalrous, and John Buscema’s elegant classicism always welcome. That it was originally printed in an anthology title means it’s a little piece of Asgardian mythology probably not collected in any other graphic novel.

Prelude’s appeal to any reader is likely to rest on how much of the content any prospective purchaser already has, as it’s almost all decent. The continuity leads into the Siege graphic novel, along with two spin-offs Battlefield and Embedded. 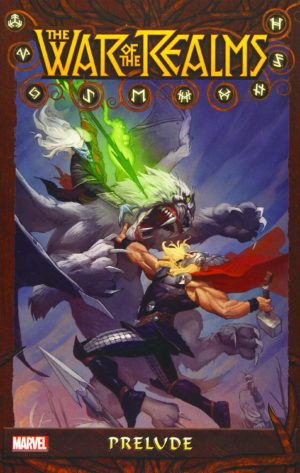