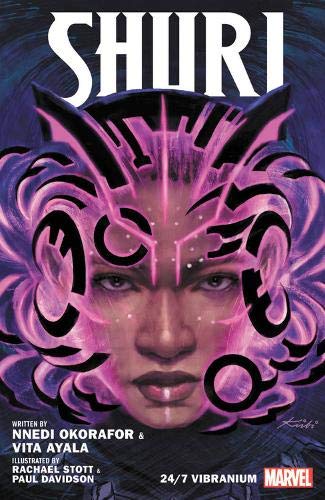 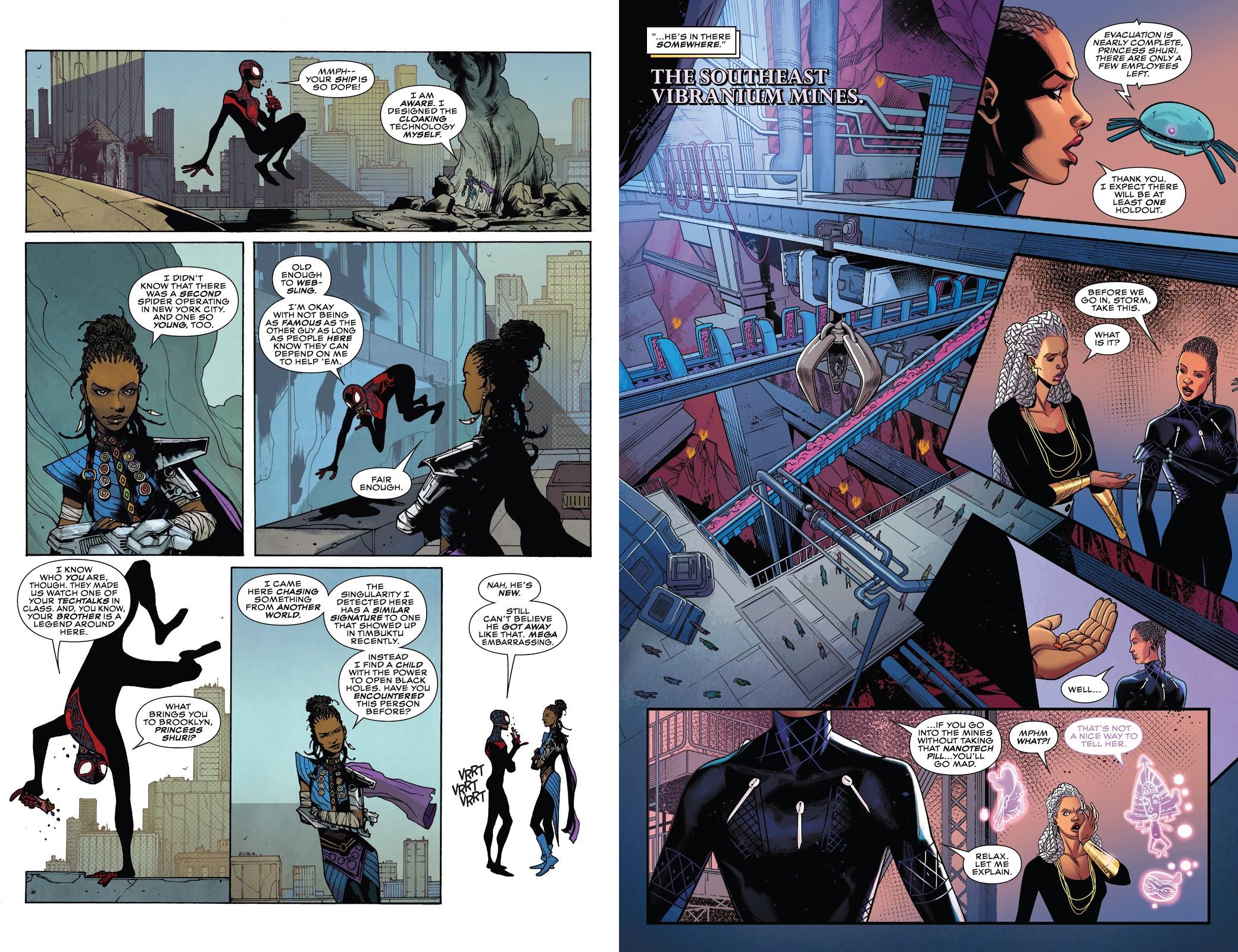 Shuri is the younger sister of T’Challa, the Wakandan King and superhero the Black Panther. She’s a technological genius, and more recently the repository for her the ancient wisdom of her people, this via a presence that talks inside her head. To begin The Search for the Black Panther, the Black Panther took an exploratory mission into deep space. Two weeks later he’d still not returned, and after a series of delays along the way, the previous volume ended with Shuri all set to begin a search and rescue mission.

Before that starts, however, there’s another stopover, in Brooklyn so that Shuri can meet Miles Morales and Ms Marvel, which Vita Ayala cleverly ties in with events of The Search for the Black Panther. It’s nicely drawn by Paul Davidson, morphing his style nearer to cartooning in places, and Ayala constructs a viable problem and a neat solution. It used to be that fill-ins were frustrating mediocrity, but even over two chapters Ayala and Davidson hold the attention.

When primary writer Nnede Okorafor returns it’s with several surprises over three chapters. The first concerns an alien insect attracted to music, prominent in the previous book and taking another large role here. It’s an interesting idea, but one that’s now overplayed and meandering. Thankfully Okarafor has other interesting ideas for adding to Wakandan culture that are better. The title comes from a Wakandan pop song, an earworm that eventually irritates all who hear it, but there’s also the clash between bigoted old opinions and the present day, and the interesting effects of a fungus.

On other projects, especially Doctor Who, Rachael Stott has been a formidable artist, and her page designs here are strong, but her panels frequently feature wild-eyed people and static poses. It’s a settling in process, though, and by her final chapter Stott’s pages are resonating.

The ending is inconclusive. Shuri’s solo adventures began with a search for her missing brother, and Okorafor’s solution is very neat in one sense. However, while knowing he’s not dead is a definite relief for Shuri, it hardly discounts many other possibilities, so that she’s content to leave him in space wherever he may be and no matter the condition he may in hardly rings true. Okorafor’s ideas have generally been good, and the cast is as likeable as in the first volume, but the ending is clumsy and unrealistic.