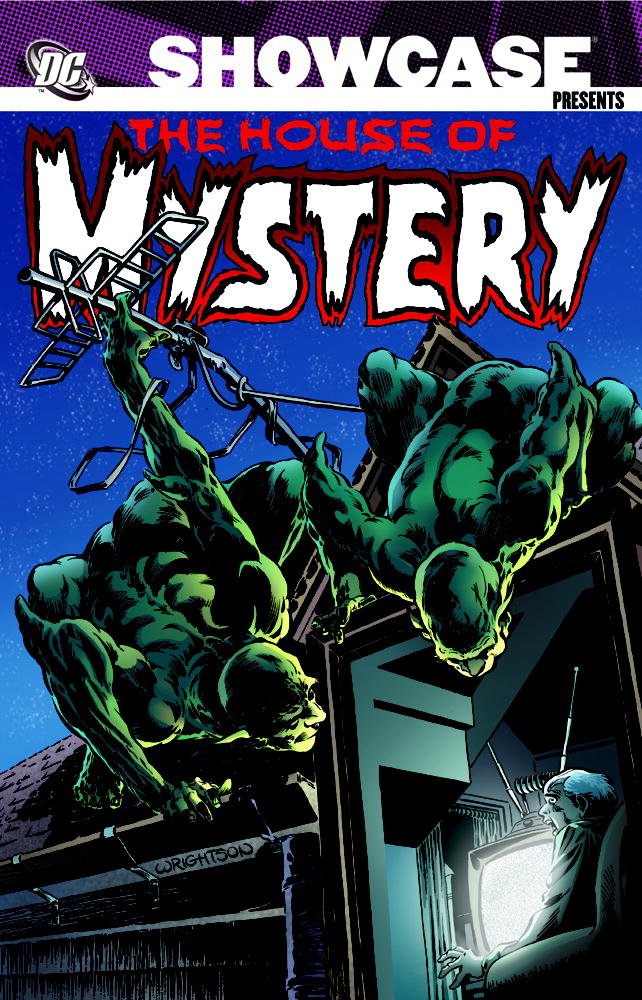 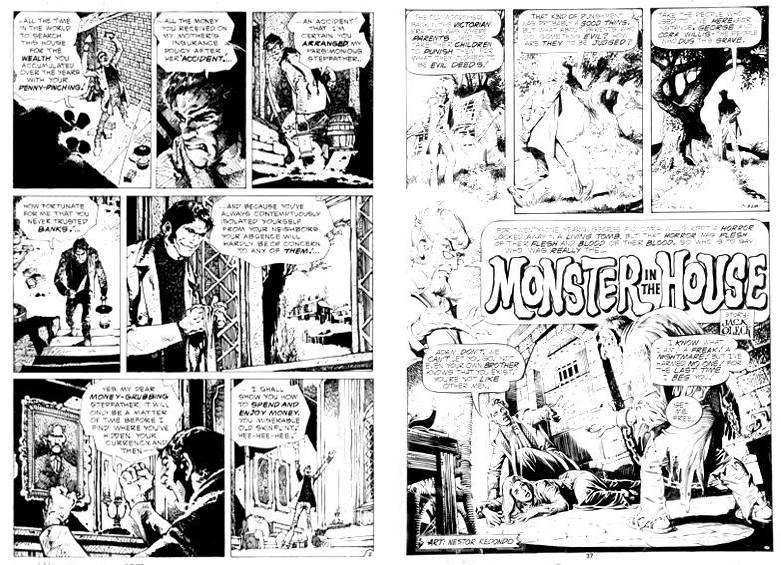 Over the first two Showcase Presents volumes reprinting 1970s House of Mystery stories the quality weighed very heavily in favour of the art, with the writing lagging well behind. The primary culprit was Jack Oleck, whose predictable stories still feature here, but gradually diminish, but newcomers John Albano and the occasionally bleakly funny Steve Skeates are an improvement.

While veteran Sheldon Mayer still has surprises in him, the star writing turn is Michael Fleisher, who displays a far greater morbid imagination. It’s apparent on Fleisher’s first story, set in a summer camp when a kid in a wheelchair is pushed down a rocky slope, and continues through everything else he writes. He’s also more likely to avoid the haunted house and mysterious stranger scenarios, instead dealing with greed in the industrial real world of garbage collectors, firefighters and ice crushers. As Fleisher learned his trade, his contributions are either co-written with Maxene Fabe, or laid out in strip form by Russell Carley, and his best, beautifully drawn by Alfredo Alcala, features a butterfly collector and his rogue guide, and continually avoids second guessing. Another gem by John Albano and Alex Niño has a hunter setting his sights on Satan.

In terms of art, the new American artists introduced over the first two volumes had all moved onto series by 1973, although Bernie Wrightson produces some cover illustrations and one internal strip with Michael W. Kaluta. Editor Joe Orlando, though, had top quality replacements lined up as an assembly line of Filipino artists dominated the title from 1972-1974, with frequent appearances afterwards. The three standouts are the astonishingly detailed work of Niño and the refined elegance of Nestor Redondo, both seen on the sample spread, and Alcala’s almost classical rendering. All are well represented in this collection. However, they’re just the tip of the iceberg, with work from Fred Carillo, E. R. Cruz, Tony DeZuniga, Romy Gamboa, Jess Jodloman, Abe Ocampo, Quico Redondo, Rico Rival, Gerry Talaoc, Sonny Trinidad, and Ruben Yandoc also seen. Not all are as thrilling as Alcala, Niño and Redondo, but there are comparatively few poor pages. Anyone wanting more information about this generation of Filipino artists is directed to David Roach’s detailed survey in Comic Book Artist.

Other artistic treats are a strip apiece drawn by Adolfo Buylla and Luis Dominguez, three by Frank Thorne, one by Mike Sekowsky, some neat Frank Robbins art on newcomer David Micheline’s plot about a corrupt gym owner, and Wrightson’s eight page return. Len Wein, a newcomer in earlier volumes, is now turning out confident chillers, and one of Doug Moench’s earliest scripts features. He’d do better at Marvel. As in earlier volumes, don’t skim the one panel comedy gags by Sergio Aragonés, collected three or four to a page. They’re masterclasses in conveying sometimes complex ideas without words, still funny and all drawn in that classic rubbery style.

The final content reprints three issues clocking in at a hundred pages each, themselves largely reprints, but carefully selected to feature some great artists. Some were of a very recent vintage when reprinted, others more distant. These have an innocence to the plots, but many are better crafted and more imaginative than some of the newer writing.

The reproduction isn’t quite as sharp as the sample pages, which are copies of the original art owing to the difficulty of obtaining clear copies from the book itself. However, because the writing has improved while the art remains superlative, this is the best of the three House of Mystery collections in this black and white format. 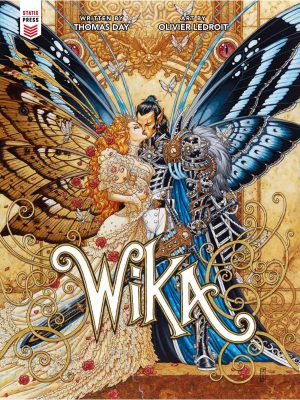