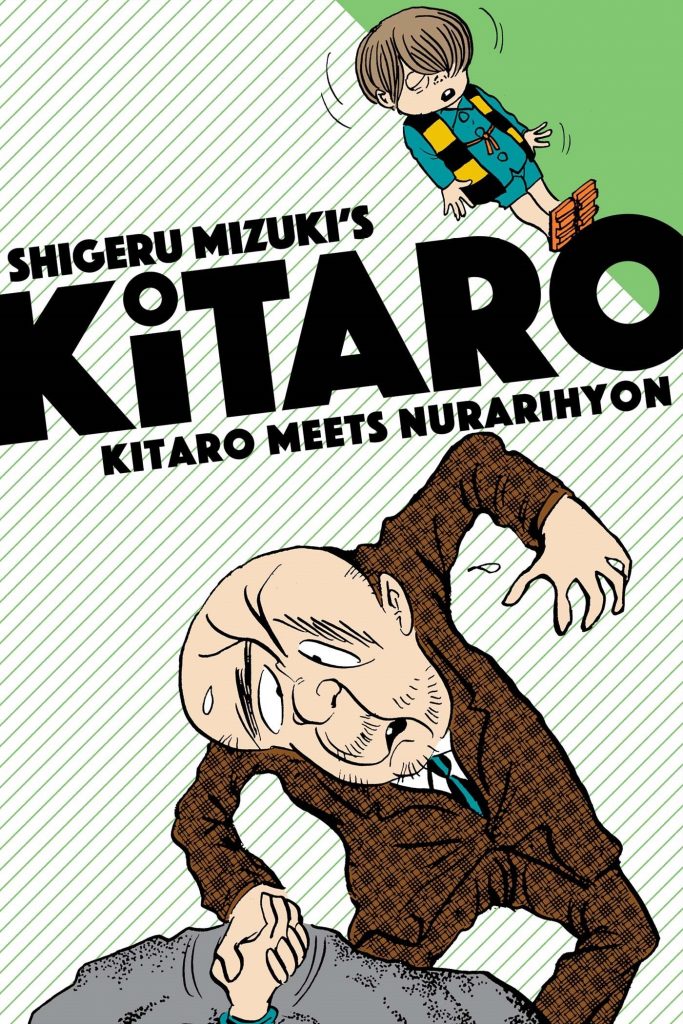 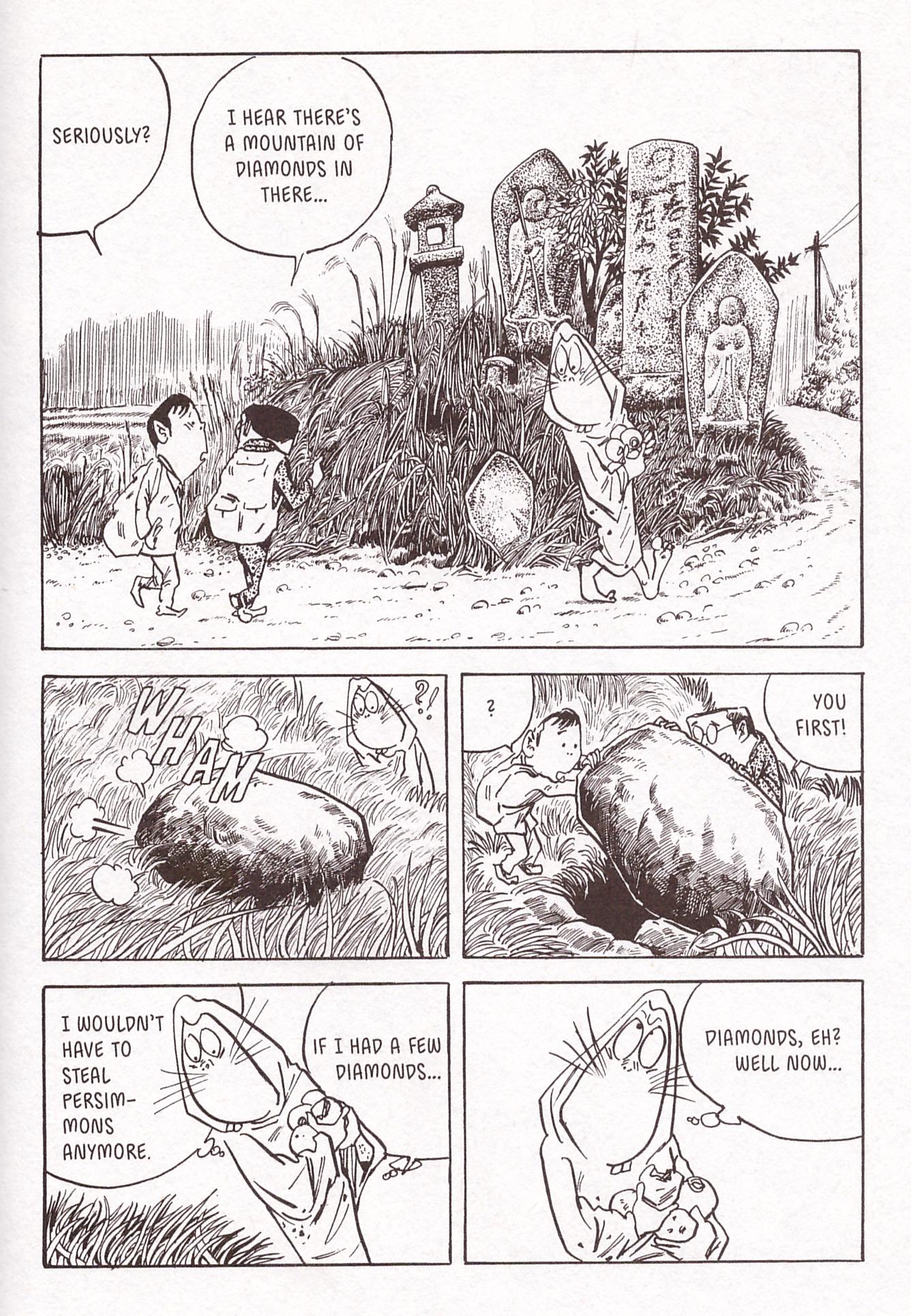 There are no shortage of ghost monsters, or Yokai in Japanese folklore, yet it seems Shigeru Mizuki’s going to fit every last one into his stories sooner or later. Thankfully the little one-eyed monster boy Kitaro is well disposed to humanity, and so on hand to protect people from attack, and by being fleeced by his sometimes associate, the shady Nezumi Otoko. After The Birth of Kitaro the stories, titled after the featured Yokai, can be read in almost any order, so what’s featured here is largely from 1967 and 1968, but ‘Datsui Baba’ dates from a decade later. Each volume begins with an informative essay by translator Zack Davisson, who here details Mizuki’s youth, his wartime service and his discovery of comics.

Seen on the cover, Nurarihyon is a rare Yokai able to masquerade as human, and has lived among humanity causing mischief for over a century. In the opening story he resents Kitaro for what he sees as currying favour with humans, and determines to put an end to him. However, he must first learn what can actually kill the unkillable Kitaro. It’s a fine example of what makes the strip such a delight. Kitaro is charming and sympathetic, Otoko an idiot who deserves his fate (although he will have recovered by the next story), and Nurarihyon despicably scheming. Mizuki keeps to horror comedy adventure, not over-emphasising aspects that could in other circumstances be profoundly disturbing, like the detached hand, and his inventive mind takes the story in directions surely no-one else would consider. The finely detailed realistic backgrounds and cartoon figures are largely separated in this offering, but in full effect later. It’s seen on the sample art with Otoko wandering past a fully rendered shrine.

There’s a second supporting character, and that again displays Mizuki’s unique mind. It’s the essence of Kitaro’s Yokai father Medama Oyaji inhabiting a walking eyeball. He accompanies Kitaro offering advice, and occasionally calling on his Yokai contacts to help out.

Odoro Odoro features in the final two stories, a scientist whose investigations into Yokai went a little too far, and he became a Yokai himself, needing human blood to survive, but restricting himself to that of naughty children. The young readers of the 1960s couldn’t have failed to pick up on the message, which is much the same as those from instructional European folk tales. ‘Odoro Odoro Vs Vampire’ is a longer story, originally produced for a special, and is bonkers. It splits the three lead characters, puts Kitaro in greater danger than we’ve seen before, and features a vampire who’s never actually seen putting the bite on anyone. Everything builds to what we’d expect to be a blow-out climactic battle, except Mizuki can’t be bothered with that, saying as much in-story. It’s unpredictable and funny. Then that applies to almost everything about Kitaro. A series that will delight adults as much as children continues with The Great Tanuki War.