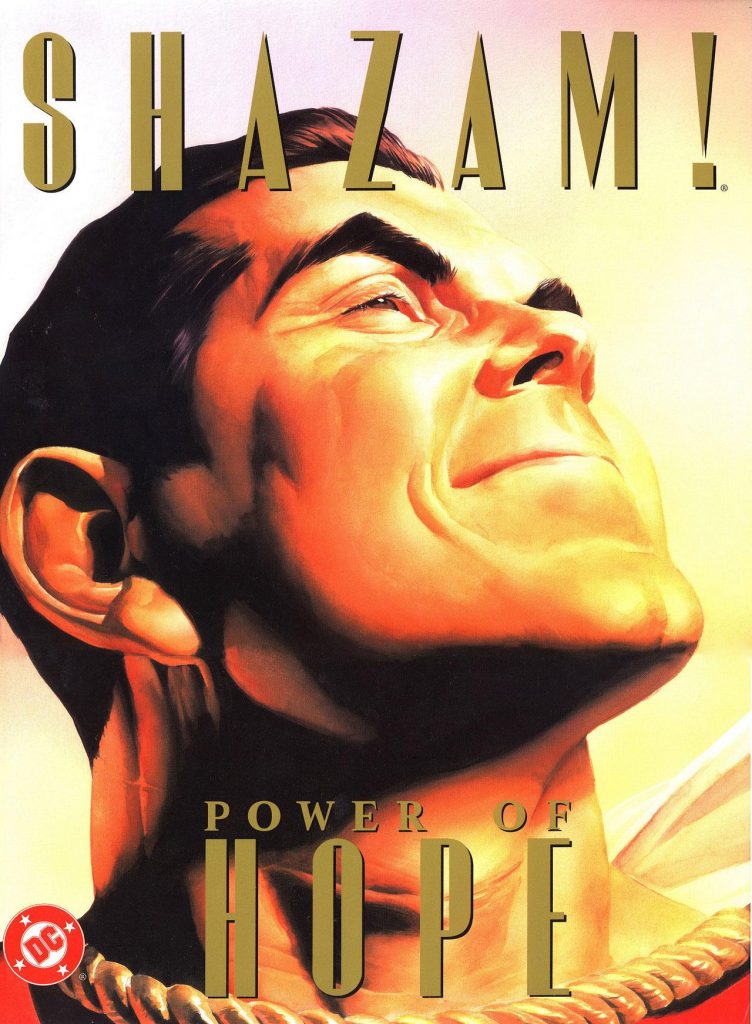 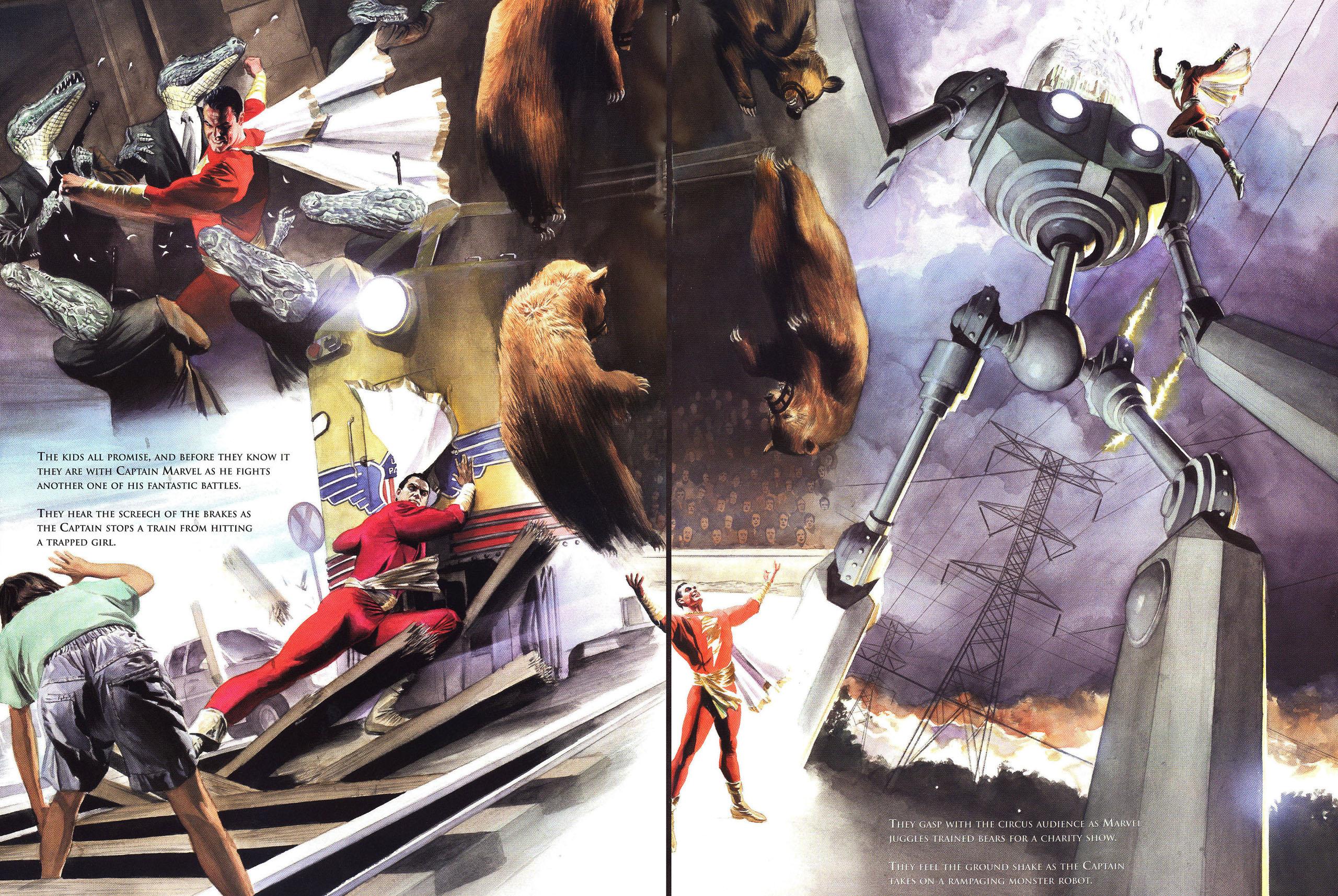 Power of Hope is an astute piece of work. Until this story, the pivot used by Paul Dini and Alex Ross in their individual oversize publications about DC’s iconic heroes was to set them against a real world problem beyond their abilities to handle, prompting hand-wringing and moralising. Applying that formula would be considerably less effective with Captain Marvel (as he then was, rather than Shazam as today) because it would have meant fundamentally messing with the tone of his adventures. If not always lighthearted since DC revived the character in the 1970s, his adventures have never edged anywhere near the darkness of their other superhero titles.

Captain Marvel is faced with problems that could be caused by humans in the real world, and Ross ensures he looks suitably iconic as he does so, but the heart of the story is his interaction with children in hospital. Some are there for a short spell, others longer term, and some are seeing out what remains of their lives. Emotion is piled high, and dealing with the matter in any sensitive way can’t avoid some sentimentality, but that isn’t always a bad thing, whereas repressing true feelings almost invariably is. Captain Marvel is blessed with the wisdom of Solomon, so knows better than to make promises he can’t fulfil to children whose lives are tragic. The best he can do is to hang out and make a commitment to be a friend, which is what he does.

It’s a relatively simple story, all things considered, but one brought to life considerately by Ross. He uses the primary brightness of Captain Marvel’s red costume to ensure he’s the constant focus of attention, and paints spread after spread of effective action montages. The core, though, is the interaction between Captain Marvel and the ill children, to which Ross applies a suitably Rockwellesque elegance. Like Rockwell, Power of Hope beguiles and charms.

It’s also worth mentioning the production. The earlier oversize collaborations between Dini and Ross suffered from something in the manufacturing that crinkled pages and made them difficult to turn. Those problems had been ironed out by Power of Hope, so while it’s possible to buy it as part of the entire series as World’s Greatest Superheroes, that’s a standard trade paperback while this is oversized. 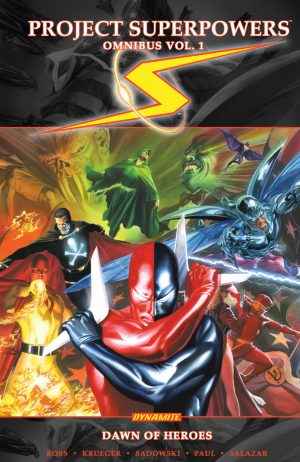