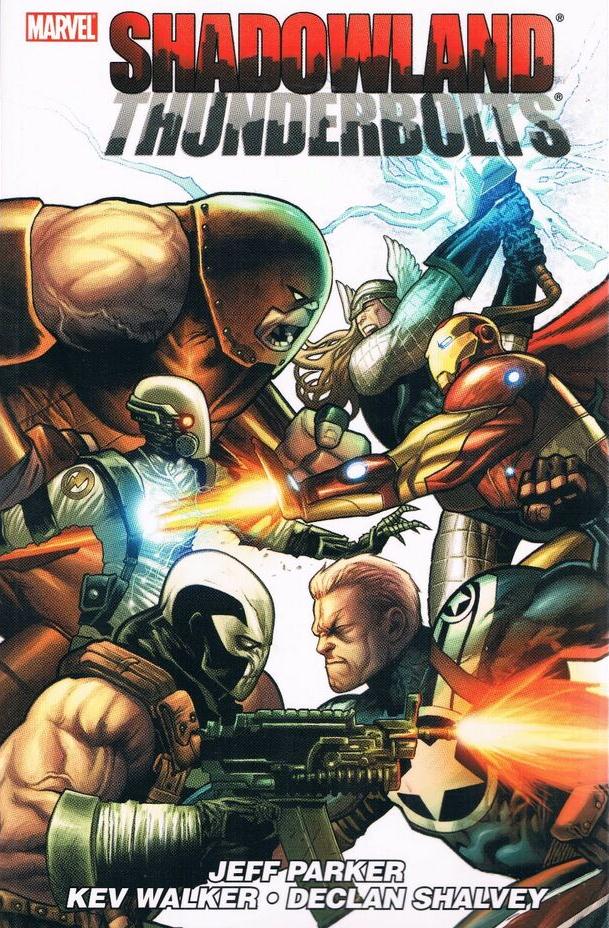 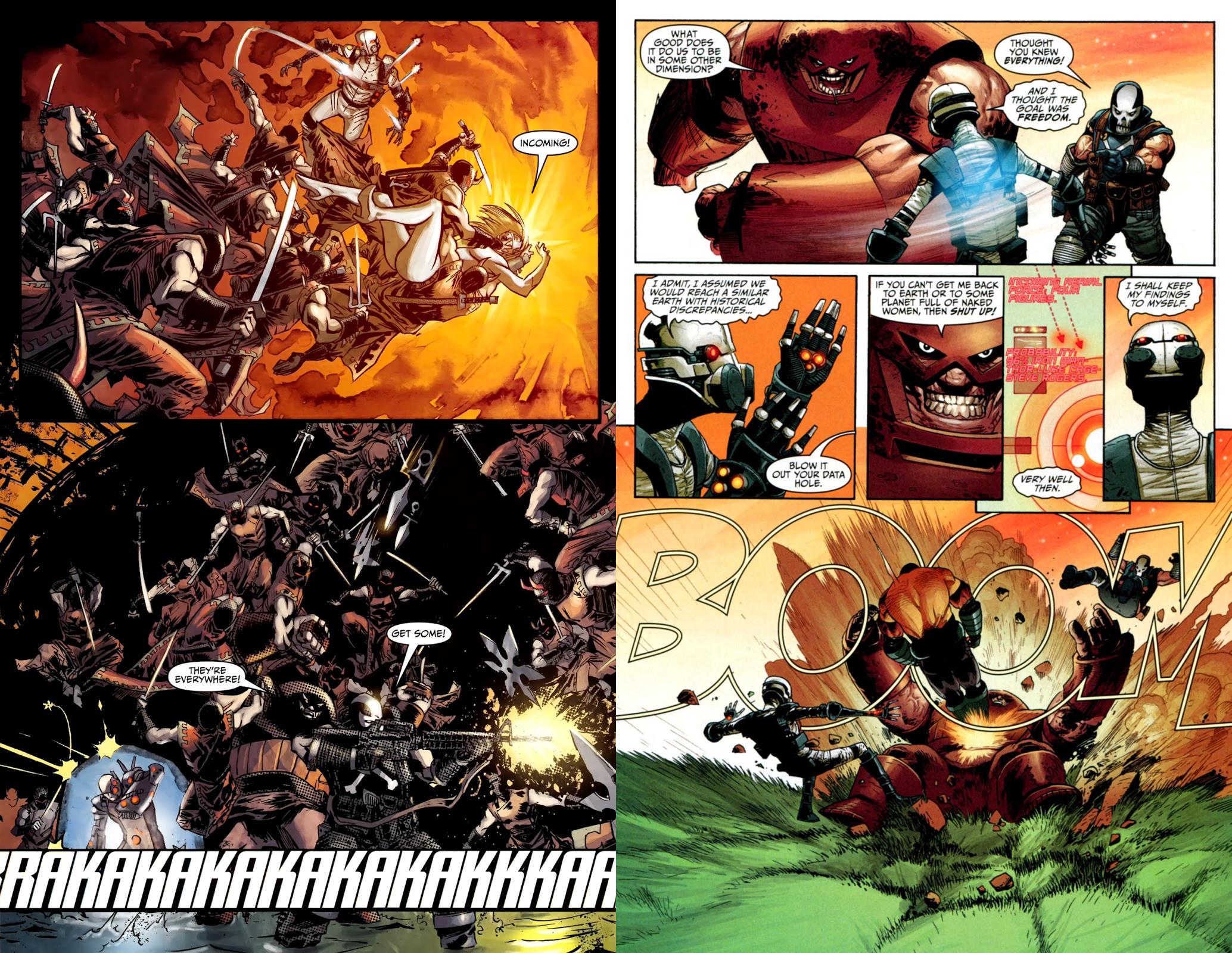 Just as Jeff Parker was getting into his stride on Thunderbolts, another crossover intruded, this time Daredevil putting the world to rights by taking over Hell’s Kitchen, his area of New York. This doesn’t go down well with the remainder of New York’s superhero community, and via Luke Cage, the Thunderbolts become involved. Shadowland generally doesn’t seem to interest Parker, as beyond an interlude with Luke meeting an old friend Parker just drops the Thunderbolts into the New York sewers and has ninjas set about them.

Declan Shalvey really sets out to impress on his Marvel début. He pours the effort into these pages, piling dozens of ninjas into every scene he draws, and it’s no surprise that he became the fill-in artist of choice, drawing a fair portion of Fear Itself. Sure, he’s a little rough around the edges in places, but no worse than many other artists Marvel then used who put nowhere near the time into their pages. Kev Walker’s back for the remainder of the book, and in places the stylised look he worked so successfully in Cage is fraying a little around the edges, with the bubble breasts on Moonstone and Songbird unimpressive.

In the first of Walker’s contributions the Avengers come to call, and that sets up interesting conversations as some Thunderbolts are in jail due to the Avengers. “The very worst of you, and that’s what you are Rumelow”, Captain America tells Crossbones, “can still contribute to a better world. If you can do it, anyone can”. It’s simultaneously old hokum and inspiring. Also interesting is how Parker ensures this is like no previous tussle between the Avengers and the Thunderbolts via the location, and by making this a series of personal battles. Plenty of surprises keep the pages turning, and it works to a nice conclusion. What marks it out beyond the normal superhero story is Parker’s interesting use of reflections, a really pleasing contemplative touch.

Shadowland ends by giving us Ghost’s backstory. It’s known that he has considerable technical expertise and a hatred of corporations, but how did he become the frail and tormented figure shown by Walker in the previous book? The revelations are suitably compelling and twisted, which makes up for a predictable outcome. That, however, just results in a nice cliffhanger ending leading into Violent Rejection.