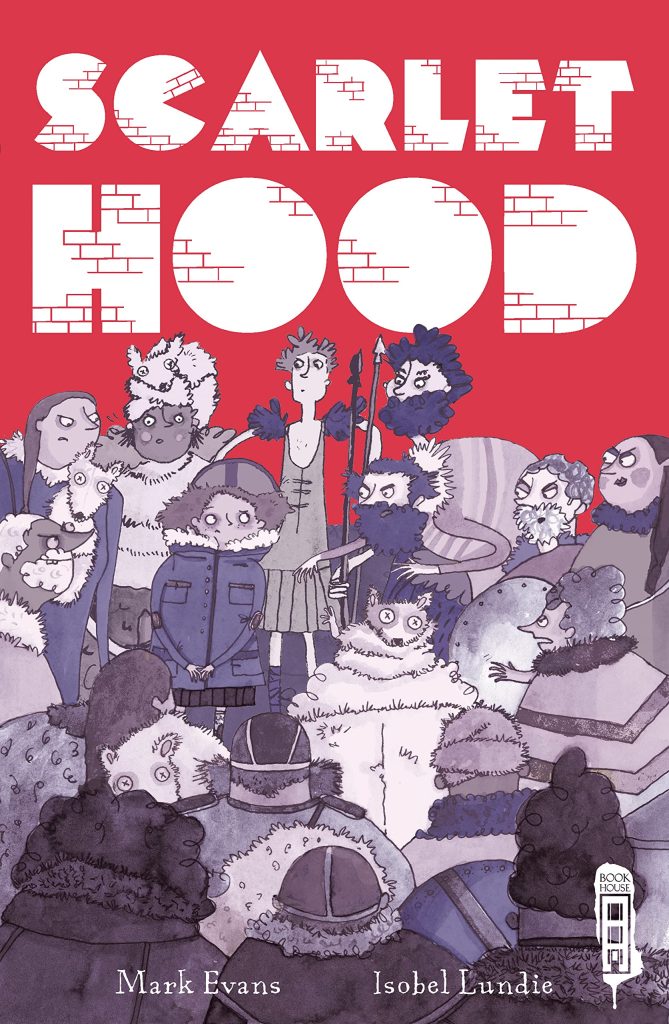 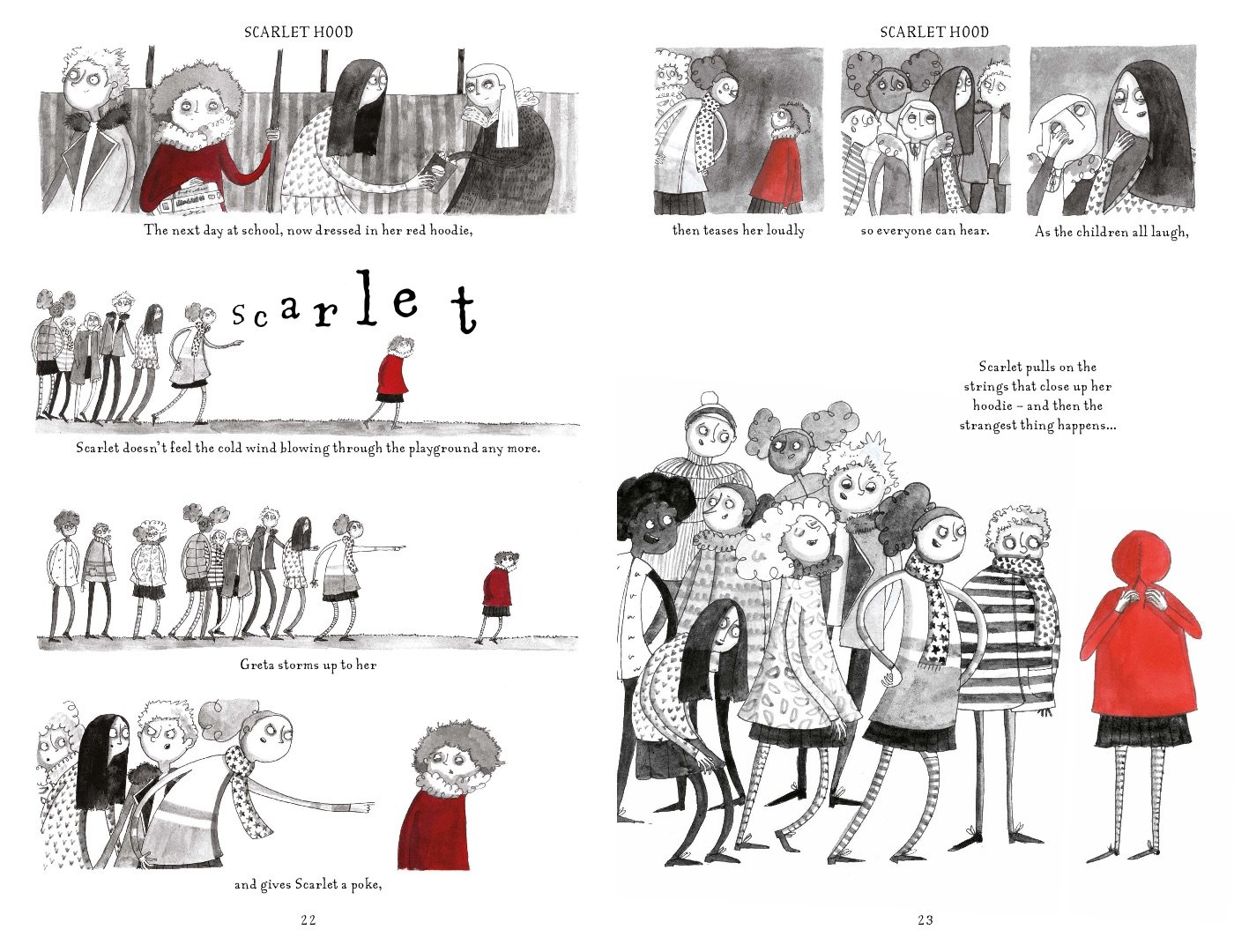 Scarlet Hood straddles the world of illustrated children’s stories and graphic novels. Mark Evans’ story is definitely told largely by Isobel Lundie’s pictures, but these are sometimes wordless sequential storytelling and sometimes individual pictures with words beneath. These combine for Scarlet’s strange experience.

She’s used to moving around the world with her parents, and has just relocated to Norway, where at her new school she’s tormented by Greta the Cruel. Her sympathetic grandmother has just the answer, and gives Scarlet the distinctive red hoodie that was once her mother’s.

There’s the feeling of a Roald Dahl story here, with Evans taking an unsentimental attitude to endangering Scarlet and Isobel Lundie’s scratchy, sharp-eyed people having a sense of danger about them. While the idea of the red hoodie standing out for having the only colour on the pages is understandable, there’s a feeling Lundie’s art may have looked better with everything coloured, especially the various places travelled through on the way to Norway.

Almost everyone in the story is female, and Evans provides a message about overcoming fears. Scarlet manages this via the red hoodie transporting her somewhere to do just that in what’s an updating of 1970s childhood TV favourite Mr. Benn. Once she’s dealt with a threat from the past, this in an endearingly novel way, her reward enables her to deal with the threat in the present day. It’s a simple story, and there are places where it’s a little too random, and others where expanding the ideas would have led to something stronger. Still, what’s provided is nicely drawn, and younger readers are unlikely to be as picky about the plot and become carried away into Scarlet’s world. 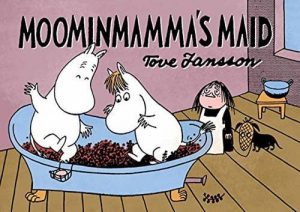 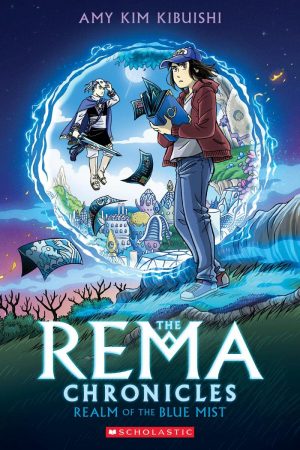