Scalped: You Gotta Sin To Get Saved 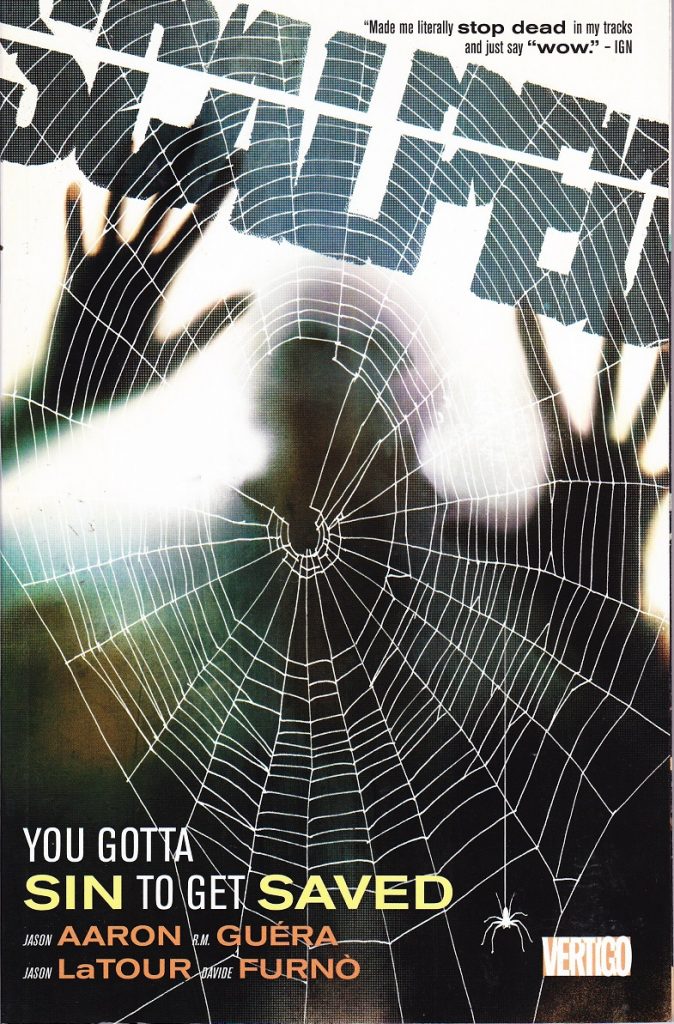 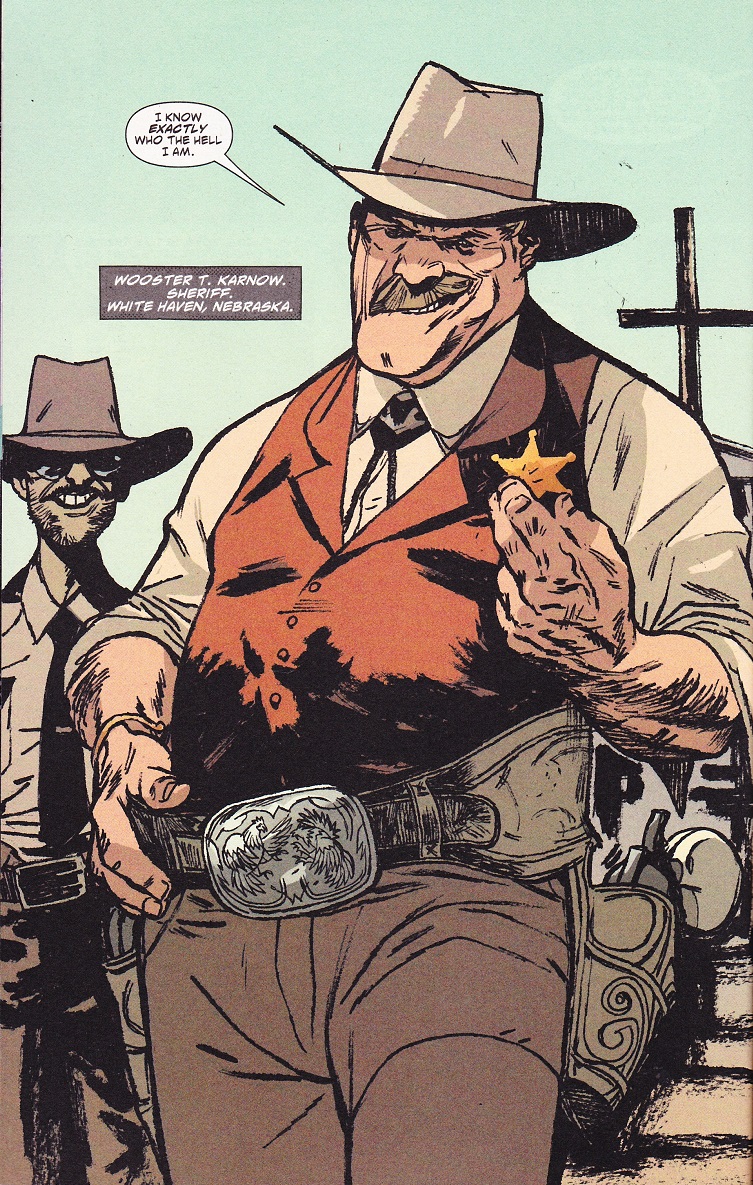 There’s a bitter irony to the title You Gotta Sin To Get Saved. Every character within the series is searching for salvation on some level, but in order for some to find the peace they crave their hands must be further bloodied with dark sins. Others are simply coming to realise they aren’t the good guys they think they are.

‘A Come-To-Jesus’ focuses on Wooster T. Karnow, Sheriff of White Haven, the Nebraska town bordering Prairie Rose. He’s always come over as a hard-ass and a despicable human being who’s openly racist while still trying to win the admiration of the largely Native American population. The truth is he’s struggling to come to terms with getting old and a nagging conscience. When a Marshall comes to town running down a fugitive, he sees a chance to redeem himself. Jason Aaron is adept at creating interesting characters, and while he didn’t feature often, Wooster is instantly dislikeable. Yet here Aaron ekes the humanity out of him, revealing a frailty that’s hard not to sympathise with. Guest artiste Jason Latour (sample page) brings an expressive caricaturisation to the cast, also rendering a terrific night-time gunfight dripping with desperation. It is difficult to follow the sequence, but adds to the confusing realism inhabiting such an event.

Davide Furnò has blown hot and cold throughout the series, but returns to fine artistic form with ‘The Night They Drove Old Dixie Down’. It features FBI Agent Baylor Nitz who’s in a bad way after his fall from grace when a twist of fate occurs. Furnó nails Nitz’s self-destruction as he hits rock bottom, capturing emotions like contempt, confusion and despair. Unusually it’s Aaron who’s off key with some very puzzling plot aspects. Aaron appears to be aware that he’s approaching the series end and needs a catalyst to make sure the story doesn’t grind to a crawl. The scenario he uses isn’t implausible, but isn’t entirely believable either. Thankfully it’s the first and last time he misses a beat in Scalped, bouncing back to form with title story.

Dashiell Bad Horse has infiltrated the ranks of Chief Lincoln Red Crow’s crime organisation, with things looking as if Red Crow is assured to run another term as Chief of the Tribal Council. However his old mentor Hassell Rock Medicine decides to enter the race, and as a popular figure threatens to derail Crow’s plans. His enforcer Shunka recommends rough justice, amping up his rivalry with Dash, but Crow’s growing conscience is proving as big a threat to his own personal plans as Hassell is. Elsewhere Carol continues to learn the old ways from medicine woman Granny Poor Bear, Dino’s losing sight of himself and Officer Falls Down has landed himself in hot water investigating the enigmatic loner Catcher. Series co-creator R. M. Guéra is back in the artistic driving seat with some fantastic and disturbing art that facilitates excellent shoot-outs in a story never short on them. Aaron utilises mystical elements appropriate to Sioux beliefs, well illustrated by Guéra with an ethereal quality. The entire tone is ominous yet engaging and ‘You Gotta Sin…’ is top class, redeeming Aaron’s mis-step in the preceding tale. Weaving in a series of coincidences and cliffhangers, Aaron sets up a slow-burning conclusion over two books beginning with Knuckle Up.

You Gotta Sin to Get Saved is collected with the preceding Rez Blues in Scalped Deluxe Edition Book 4.