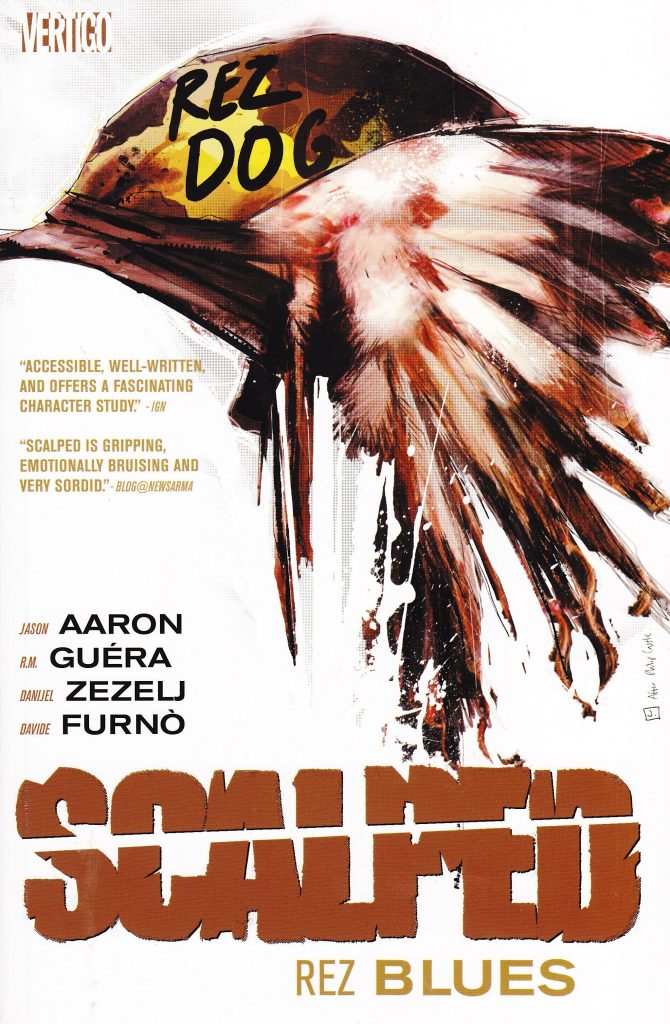 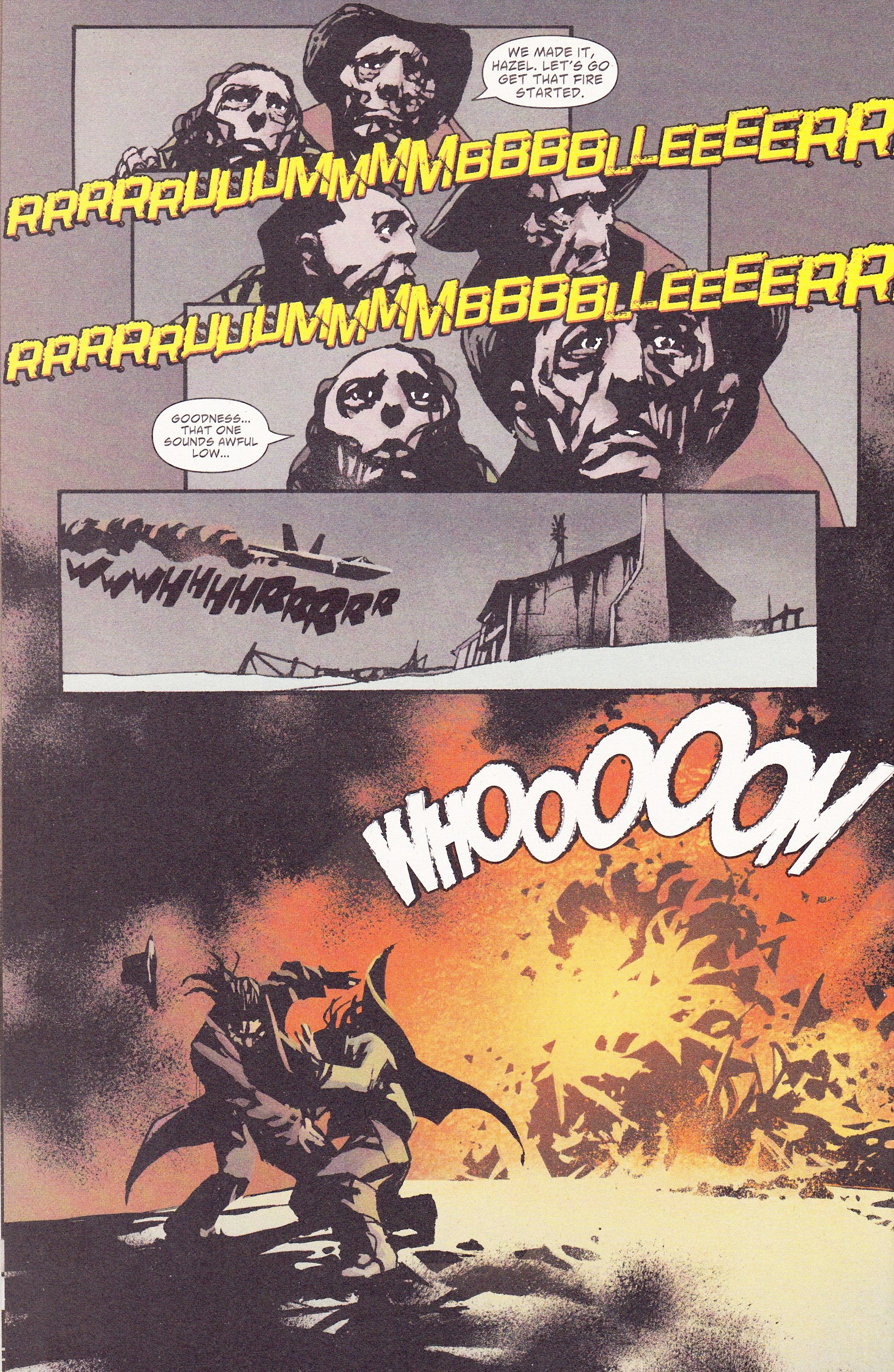 It is very likely that Jason Aaron read Bury My Heart at Wounded Knee in the course of his research. Those who have will notice similarities throughout Scalped. Aaron and Dee Brown share a palpable sense of regret at America’s historical treatment of its First Nation. It’s most obvious in Rez Blues and its opening story ‘Waiting for the Earth to Turn’, very simply yet beautifully illustrated by Danijel Zezelj. Hazel and Mance have been married a long time and always had a contented life eking out an existence on their farm. Now age and associated health problems are forcing the couple to face the grim reality of having to take social welfare for the first time. The notorious South Dakota winter is unforgiving, more so in this landscape. Zezelj pours detail into his characters, keeping the landscape simple yet capturing environs well. Aaron’s evocative tale reflects that Native Americans have historically been forced onto the least fertile lands. In this case it has created a cycle where government food banks are necessity for most. Vance and Hazel’s physical and emotional toils are moving, their intimacy sweet and wonderfully captured by Zezelj. In Scalped terms it’s unusual for its hopeful theme, making it the best story of the book. The social commentary is obvious but its unique style makes a welcome diversion from the usual full throttle noir.

Red Crow’s henchman, Shunka, has menaced in the background and comes to the fore in ‘A Fine Action of an Honorable and Catholic Gentleman’. Shunka harbours a secret that weighs heavily on a man so violent. On a mission for Red Crow, events become personal. Aaron uses a clever narrative device to catch you by surprise, hooking you in, featuring some interesting musings here on traditional First Nation thoughts on gender. Davide Furnò returns on art, increasing detail to cast and settings, losing some of the mystery regular artist R.M. Guéra cultivates but it’s not bad. It works best on the violence, making it more disturbing by dint of its savagery.

Wade Bad Horse has made brief appearances in different volumes as Dash’s absent father, but his role in the series is pivotal. It starts in Vietnam, then explains his association with the Dog Soldier Society and Dash’s mom Gina. It feels a little out of place, but is an important story not only for going ahead but also tying up small details, down to how Dash got his name. Guéra is excellent contrasting climates and weather conditions, and stays on board for the final story and a return to the present day narrative in ‘Unwanted’. Carol Red Crow has hit a wall. Then Granny Poor Bear, the reservation’s medicine woman, gives her a life changing offer. Dash is afforded no such luxuries when Red Crow approaches him with a mission. Wade Bad Horse arrives much to Dash’s annoyance, holding revelations to many secrets Baylor Nitz doesn’t want him disclosing. Aaron’s aim here is character development but he wields it like a bludgeon on his readers’ emotions. Between his plot and Guéra’s art they capture the harsh reality of turning life around when the odds are against you.

Crime noir as social observation? It’s a unique blend rarely seen but very powerful, linking future developments in little ways. They are gut punching tales but what else have you come to expect? Scalped continues in You Gotta Sin to Get Saved, both collected with in the Scalped Deluxe Edition Book 4.