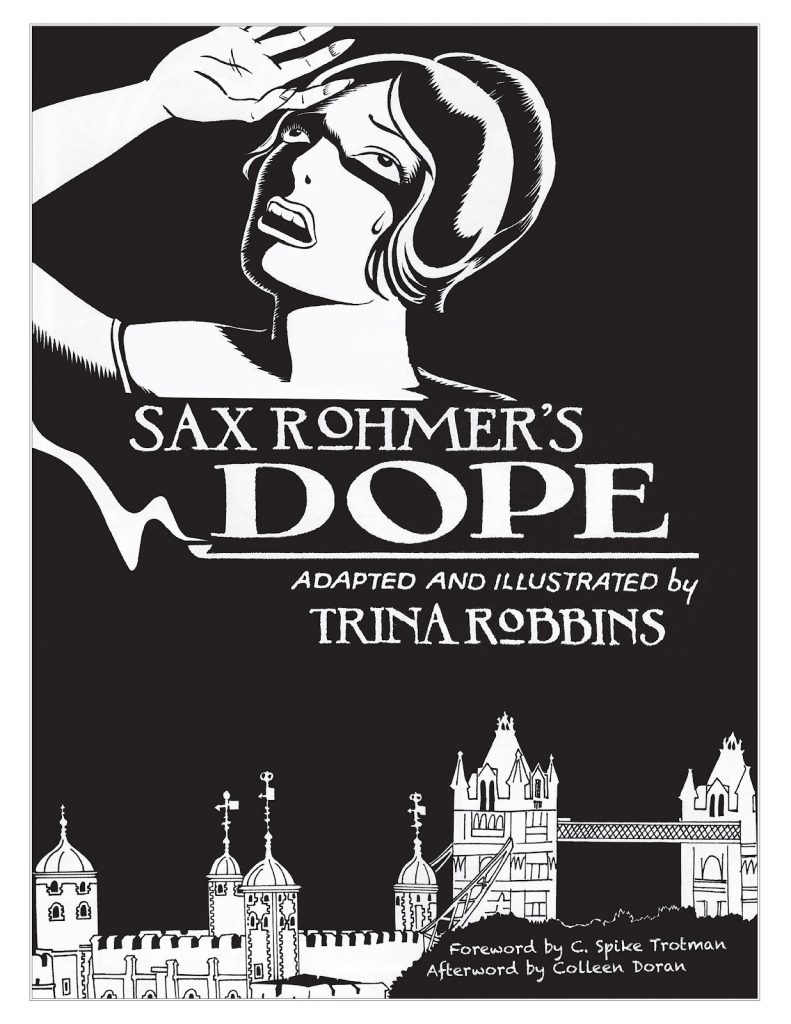 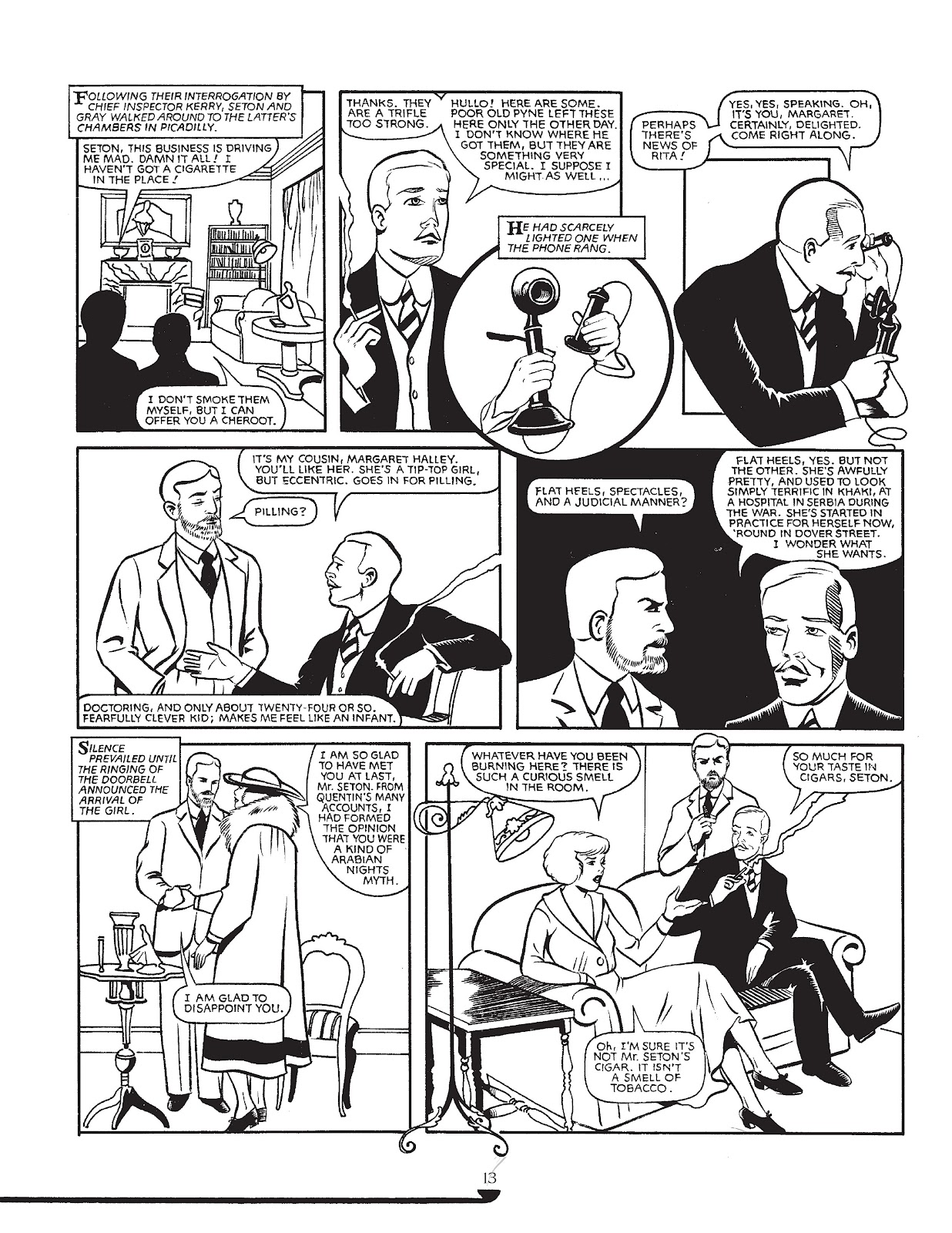 Sax Rohmer’s works have largely fallen from favour, yet for almost fifty years from his first Fu Manchu novel in 1913 he was an enormously popular author. The villainous Fu Manchu himself is these days seen as an offensive, racist portrayal, yet as adapter Trina Robbins notes in her introduction, the attitudes also seeped into Rohmer’s other stories, including 1918’s Dope, an early success. Dope is also packed with racist caricatures, and were it not for them a patronisingly offensive attitude toward women would be under the spotlight, but it’s a cracking story. What to do?

Robbins meets Rohmer halfway, being relatively faithful to the novel, but without drawing many participants in an undignified way. Well, at least not in a racist way, since plenty of indignity is on the cards. As Robbins selects which dialogue to reproduce, she drops the racist descriptions and highlights the stupidity of the views expressed, posing the men to accentuate their mannered behaviour and stage dialogue. The sample page exemplifies that.

The story opens with popular actress Rita Dresden/Irvin disappearing after we see her arguing with her opium dealer, her theatrical mentor Lucien Pyne discovered dead there shortly afterwards. An extensive dip into Rita’s past follows, noting her slide into addiction and how she’s exploited.

In her introduction Robbins notes how pleased she was with the art, having finally mastered brush inking by the early 1980s, but that’s not the half of it. She’s always had an eye for designing people, is careful to dress them well, and Dope is also notable for page designs taking art-deco as an inspiration. She relishes the costumes and makes the most of London, be it the seedy Limehouse area, or the richer environments.

Despite the recognition of Rohmer’s racist portrayals, it seems Robbins has neglected to excise them all, and one character’s dialogue is profoundly uncomfortable. Without slipping into spoiler territory, there is a viable reason, but it’s not revealed until near the end, and there’s plenty of substituting an ‘l’ for an ‘r’ in the dialogue before then.

Dope is a short adaptation, and is completed with plenty of background material on the novel, the case it was based on, post World War I drug addiction and Rohmer himself. It’s the ideal complement to a period pulp thriller that remains a page-turner.