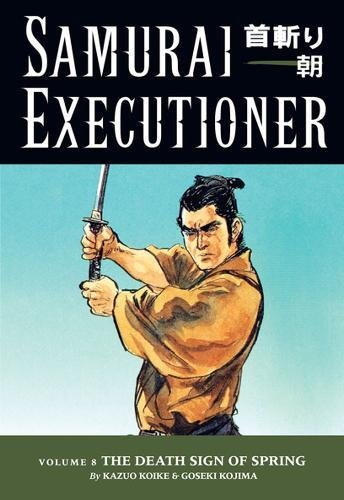 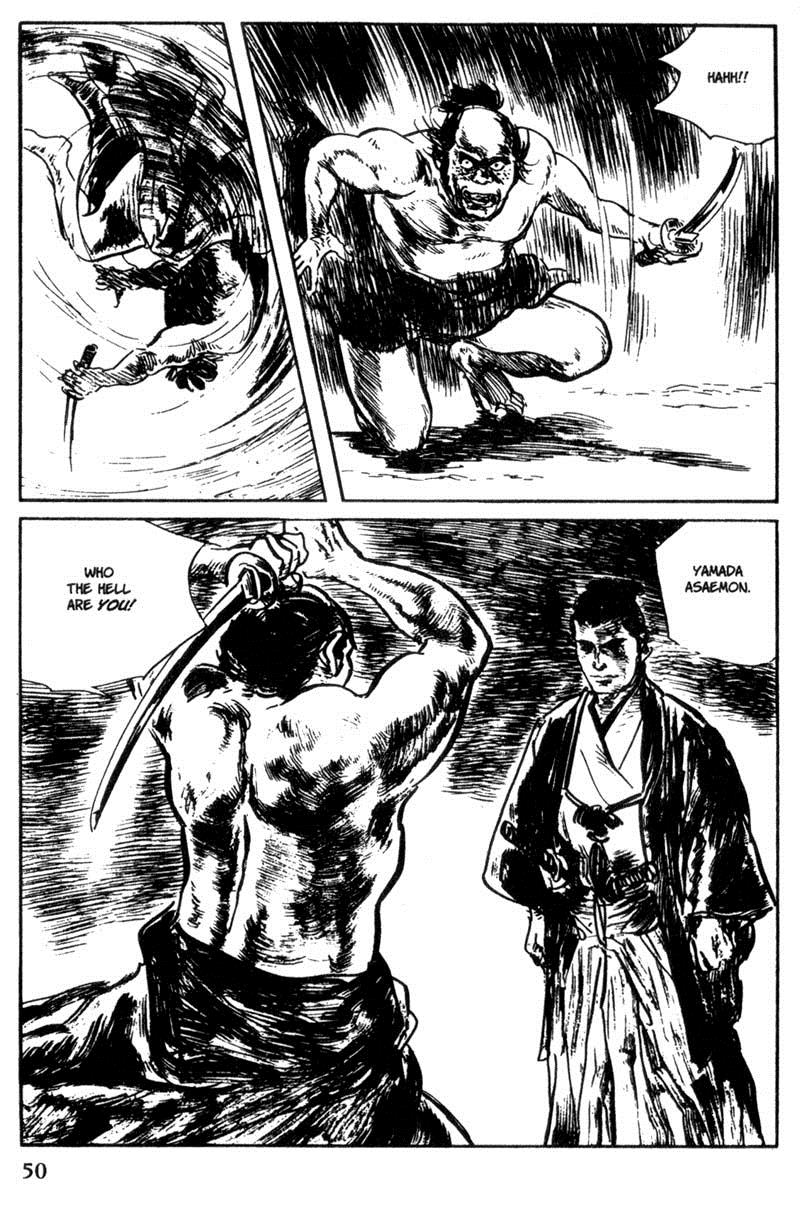 To squeeze seven stories into this volume, some are of necessity very brief, and the longest clocks in at under eighty pages, but it’s a rapid read, a meditation on the allure of vigilantes as a solution to crime.

A very gruesome title image is our way into the opening story in which an angry and brutal man is insulted, and his resulting rampage leads not only to the death of the woman who insulted him, but several others besides. Artist Goseki Kojima again ends the murderous spree with his effectively chilling trick of having the killer stare the reader straight in the eye once the deed is done. Kazuo Koike occasionally includes a story that’s little more than gruesome splatter fest, and ‘Demon Kageyu’ is one of these. It’s also one of those stories redolent in Japanese culture, the emotions so entwined with the concept of honour that the conclusion lacks the anchor of realism by 21st century Western standards.

Is Kojima seen at his best in this series? His art is blurry throughout, possibly a consequence of reduction, but in addition to being great at portraying maniacs in full frenzy he can switch to scenes of bucolic serenity. Around the midway point he draws a sequence of panels during springtime, and the stark black and white works really well in emphasising both the simplicity and effectiveness of so few lines. The story, however, is equally sparse and slight.

Since his introduction in volume 3, policeman Kasajirō has become the nearest the series has to a supporting character, and his wife now also recurs, but again in a story in which Japanese social propriety takes centre stage. It’s delicately understated, but not the most compelling.

The final three tales all begin with the convicted being led to the mat at which Yamada Asaemon will execute them, from which point Koike and Kojima tell three completely different stories. One is tale of deceit and deception, one is a search for memory, and the final the mystery of the body transcending death. Taken independently from the remainder of the book they encapsulate the variety of moods and plots Samurai Executioner presents. This alone makes every volume worth reading. Not every story will appeal, but so few present day English language comic writers display the ability to vary their approach to such a degree.